I have been to Cafe Lalo a few times, but never with Matt Siffert. The Upper West Side staple for however many years is the perfect distance between both of us. Matt arrives, fresh from a trip to Nashville, where he lived for several months and now travels to about every six weeks. He’s been able to build a life for himself as a working artist in all of his lives as a musician, including those as a solo, experimental alt-folk musician, songwriter, bassist, and band member. As the latter, he’s part of Arts Fishing Club, a Nashville-based folk, rock, blues band that will be touring parts of the midwest and south this coming February.

As a musician, Matt is inspired by the likes of Miles Davis, Leonard Bernstein, and The Strokes, among countless others. Having known Matt since college, it’s been wonderful to see him invest time in growing as a musician, from taking poetry classes and singing lessons to getting his master’s degree in music composition at the Manhattan School of Music. As our friend Brandon says, “he’s been choppin’ wood,” spending quality time working on his craft. Perhaps accordingly, his work has now appeared on or in NPR, The New Yorker, and Time Out New York, among others. His latest album, Bright Shadows, comes out on February 15.

First, though, Matt starts his winter residency at Rockwood Music Hall. For three dates, the last Wednesday of each month--tonight (8:30pm, Rockwood Stage 3), February 27, March 27--he’ll feature two other performers and then play his own work. Tonight’s event is hosted by yours truly, and Matt has also asked me to read a short piece of my own work. So if you’re in the neighborhood, come through! I remember when Matt took off to Nashville to find a home, a community for himself as a singer-songwriter, one that’s not so easy to find in New York. He returned to the city successful, and hoped to forge more of a community here. That’s one of the goals of his Rockwood residency. Tonight’s lineup features the artists Lesley Barth and David You.

At Lalo, Matt and I sip coffee from large, round mugs and shoot the shit. We come up with (or try to come up with) names for a new experimental electronic project he’s hoping to initiate soon. We eventually leave and walk down West 83rd Street to Broadway. From afar I see Matt’s socks, all covered in leaves and personality. He had been into Uniqlo socks for a while, he says, but they all ripped at the same time and was ex post facto was given a series of new ones from his girlfriend and her family. It’s good for a day like today, when it feels like it’s easily dropped 15 degrees since we first met up.

Luckily, 86th Street isn’t far. It’s around 5pm and miraculously it’s not dark yet. Matt throws his furry hood over his head, looks up at the sky, and smiles. 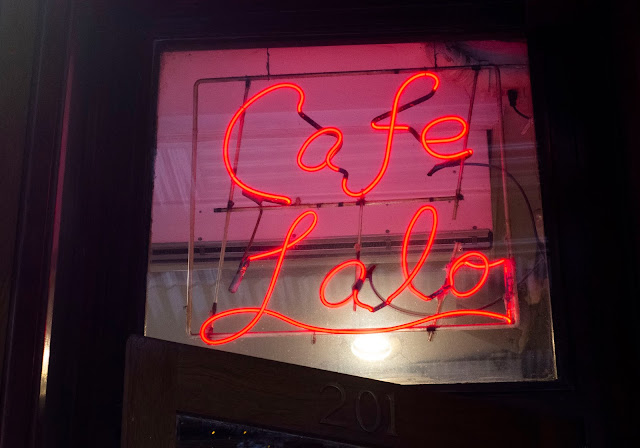 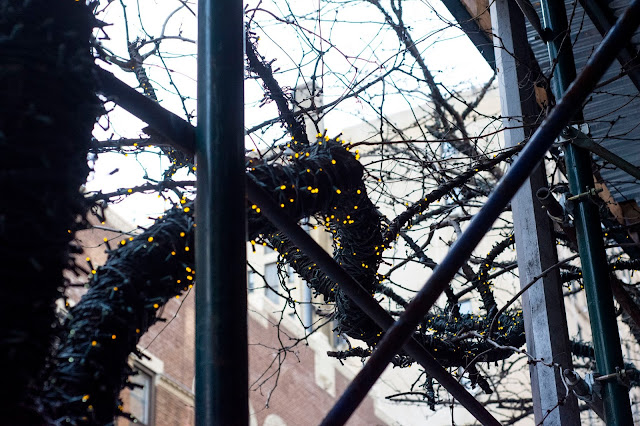 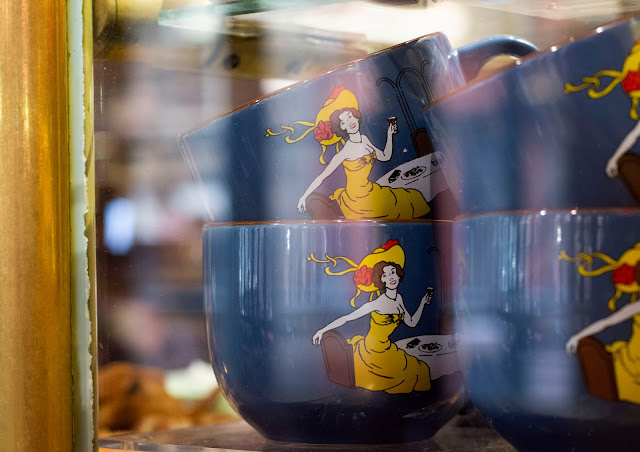 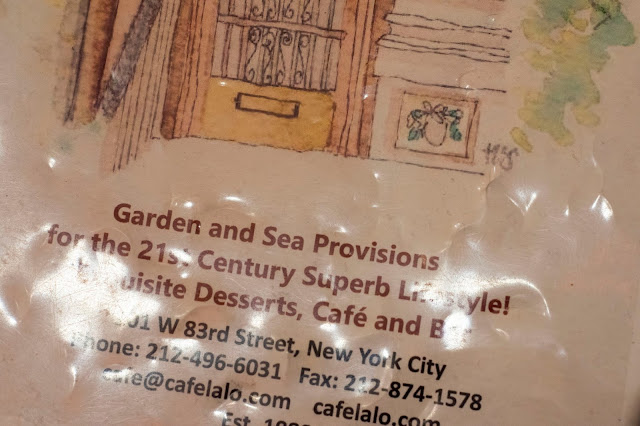 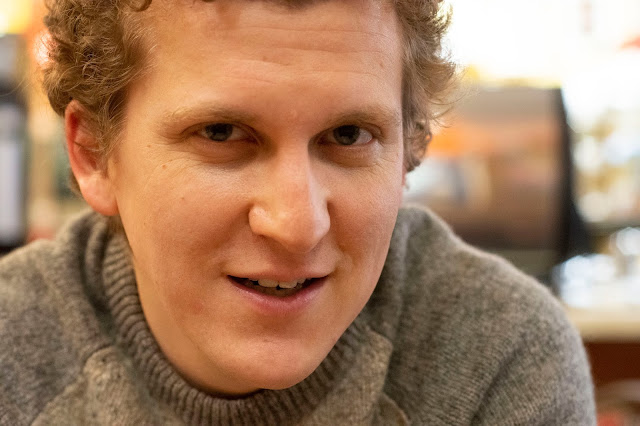 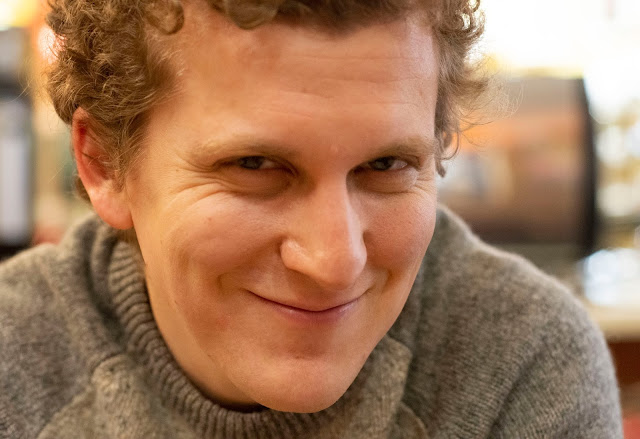 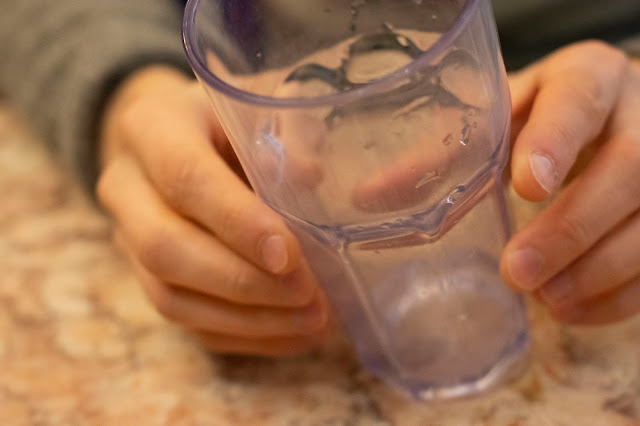 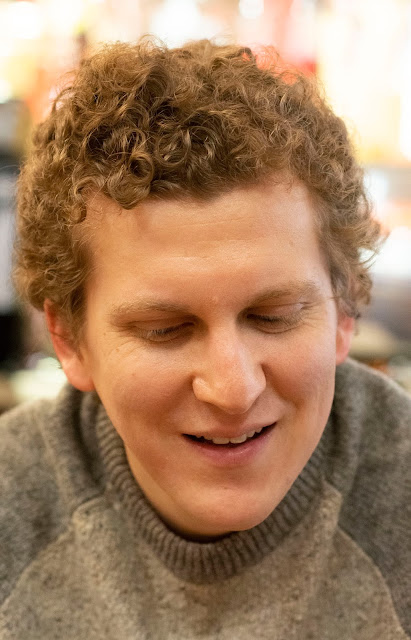 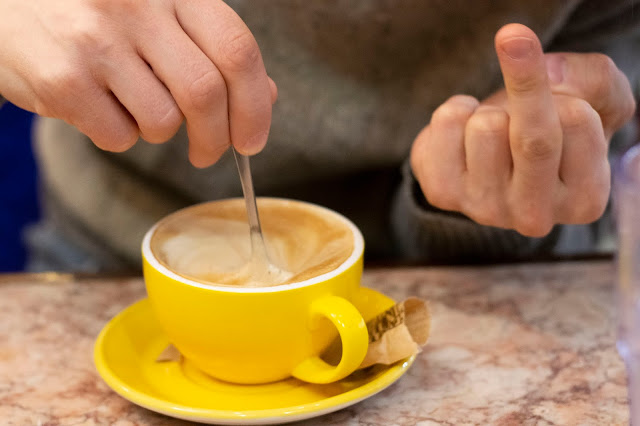 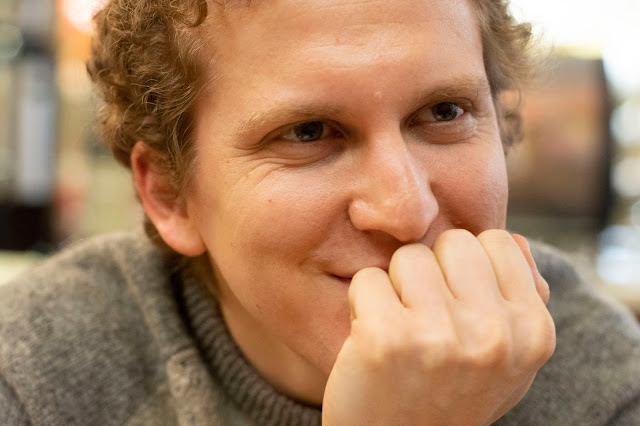 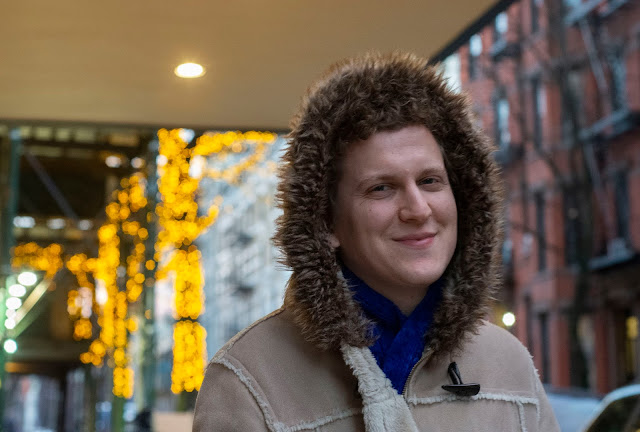 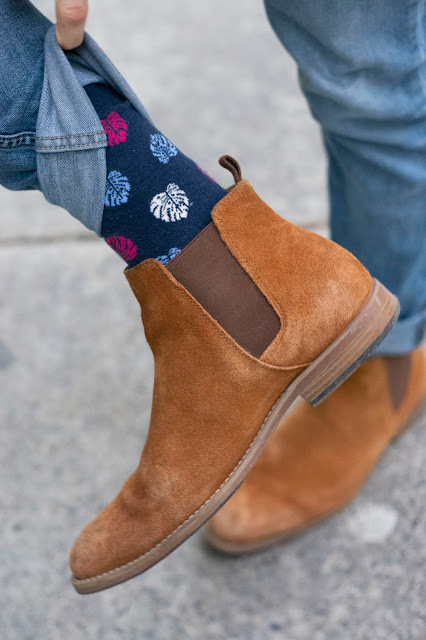 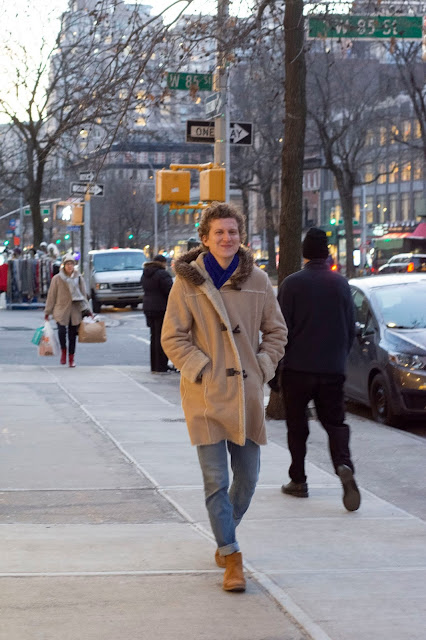 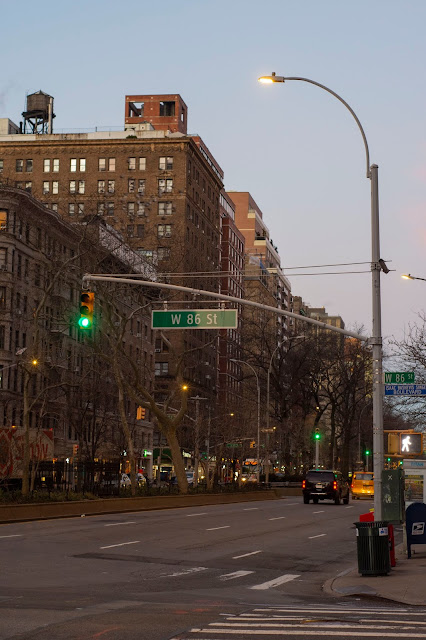 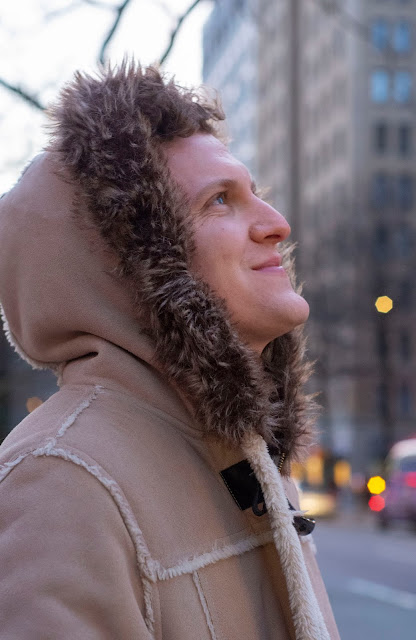 Posted by miss-manhattan at 3:47 PM No comments: