Danny Chavis and I are making fun of Mark Rothko’s paintings when he gestures to a blank white wall. See? It’s great! We laugh.
Along with his twin brother Daniel (yes…), Chavis is part of the band The Veldt, one of the pioneers of shoegaze music. With a sound Afropunk called “a three way tug of war between Prince, Echo and the Bunnymen and Jimi Hendrix,” The Veldt opened for The Jesus and Mary Chain, Lush, and the Pixies, and toured with the Cocteau Twins in the 1990s. After some clueless record labels tried to put them into boxes where they didn’t want to be--be Lenny Kravitz! they said--Danny and Daniel decided to just be themselves and departed from labels altogether. It’s like they didn’t know what to do with a black-fronted rock band, Danny says.
People who know good music know and love them, everyone from Public Enemy’s Chuck D, who hired them to perform at Lincoln Center for the 20th anniversary of Spike Lee’s Do The Right Thing, to Modern English and The Brian Jonestown Massacre, both of whom they toured/opened for last year. Pitchfork also listed their 1994 album Afrodisiac as one of the 50 Greatest Shoegaze Albums of All Time. They’ll be headed to South by Southwest in March, and will be recording new music this year as well. You can buy their latest EPs, The Shocking Fuzz of Your Electric Fur: The Drake Equation and Thanks to the Moth and Areanna Rose, here and here.
Danny is also an artist, and designed the cover of Thanks to the Moth and Areanna Rose. He paints and is working on illustrations for a children’s book that will set the lyrics of a famous British rock band to life. He has lived in New York, in the East Village specifically, for nearly 30 years. He is kind and warm and says “C’mon, cuz!” when I’m slow crossing the street.
As we walk from Bleecker Street to that gallery in Chelsea, Danny’s friend, artist and musician Micah Gaugh, tells a story about Jean-Michel Basquiat’s, ah, unusual self-medicating habits. The East Village has changed so much, they say. There’s hardly any art anymore. There is art in Chelsea, though, albeit of a different stripe than the deliciously grungy 1980s-1990s East Village. That night there’s a swarm of people floating through the West 20s, flocking through each gallery’s standard pristine white walls. Danny and Micah are constantly pausing to say hello to people they know from their lives in the art and music scenes, people who ask them both how they are and where they’re hanging later. One place they’re hanging later is Von, which we return to on Bleecker Street, their haunt of choice. Danny stands at the bar drinking first wine and later an iced shot of espresso. He talks about Japan (he speaks fluent Japanese), his family, women, style. Like many things about Danny and The Veldt, their power is magically individual. They just can’t be duplicated.
Follow Danny and The Veldt on Instagram.
Become a fan of The Veldt on Facebook. Listen and Buy The Veldt’s music on Bandcamp. Follow me on Instagram and Twitter.
Subscribe to Miss Manhattan Hangs Out. 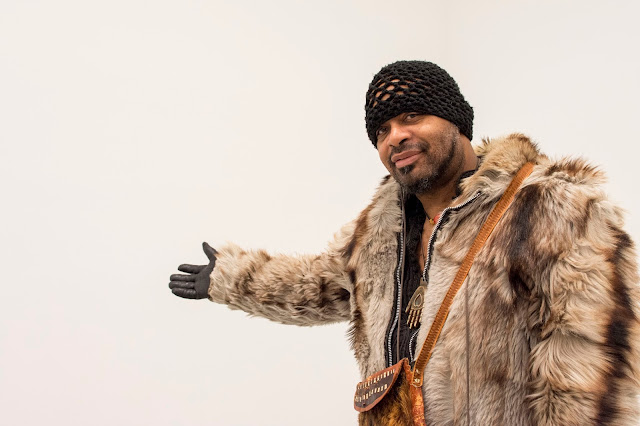 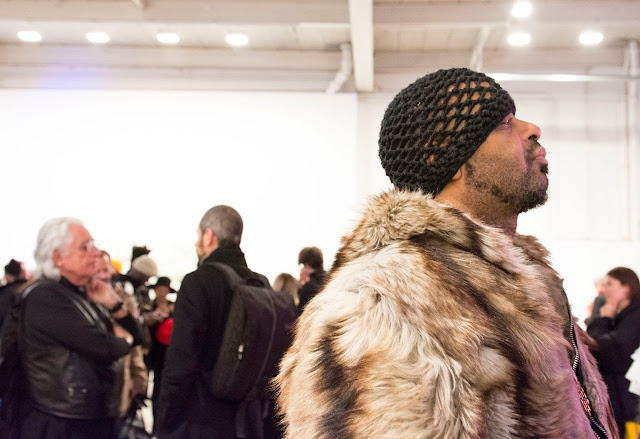 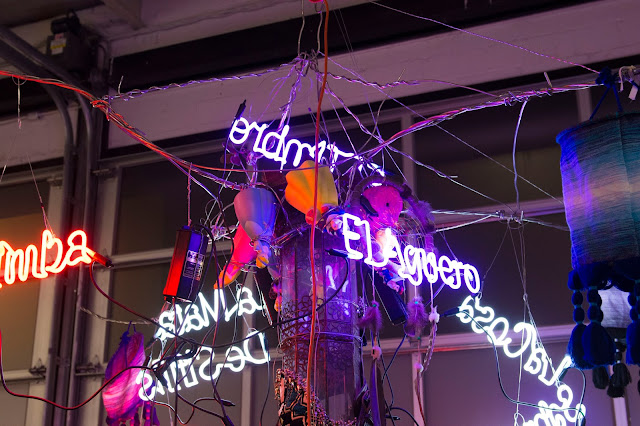 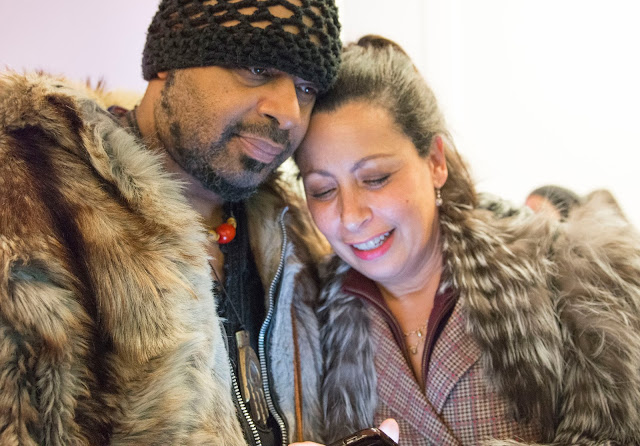 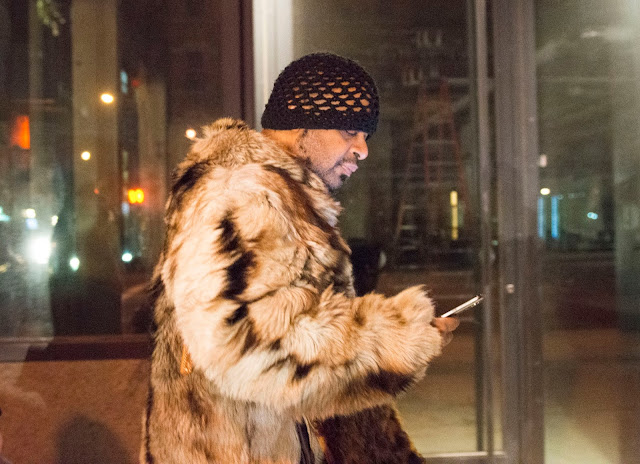 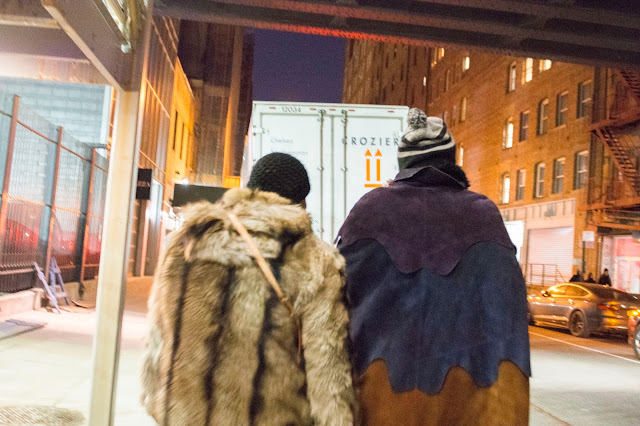 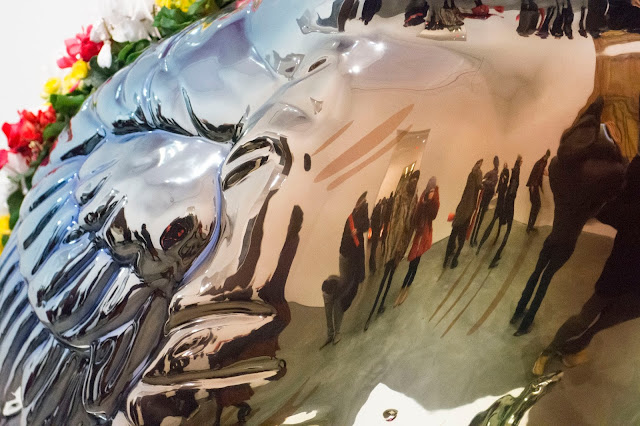 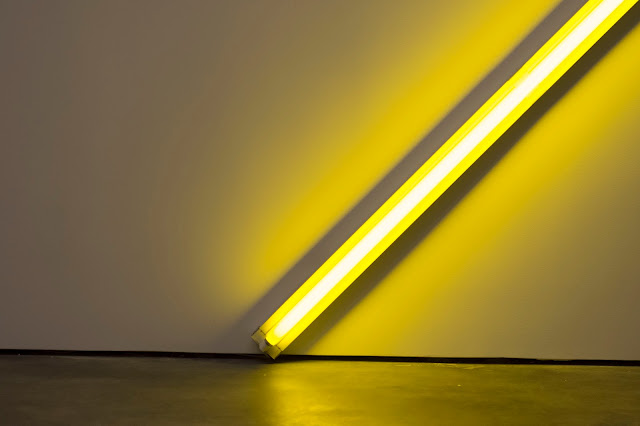 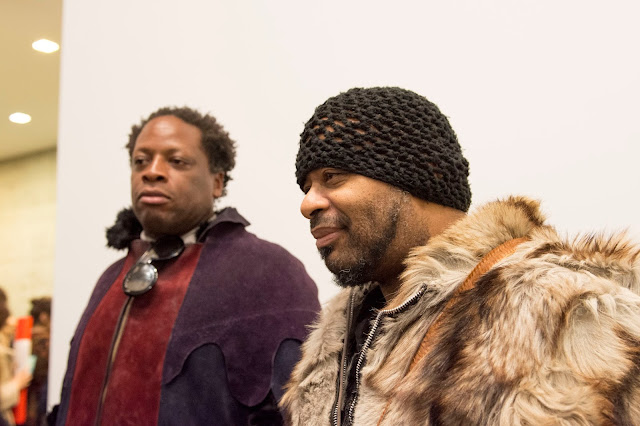 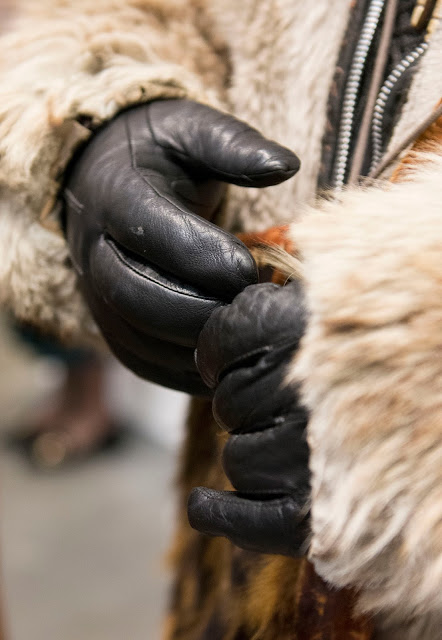 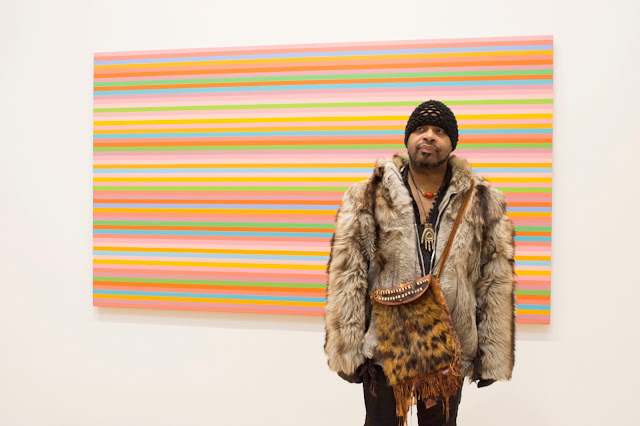 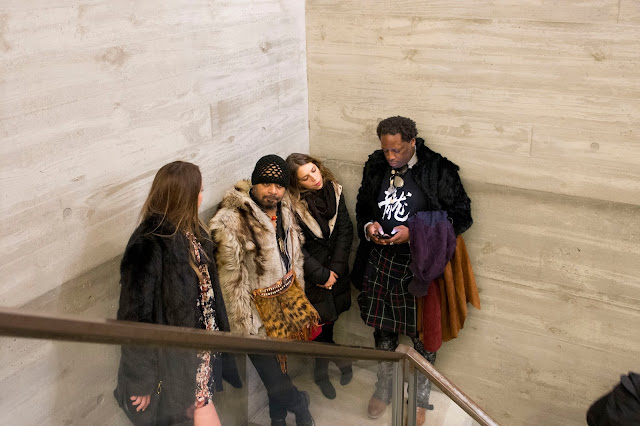 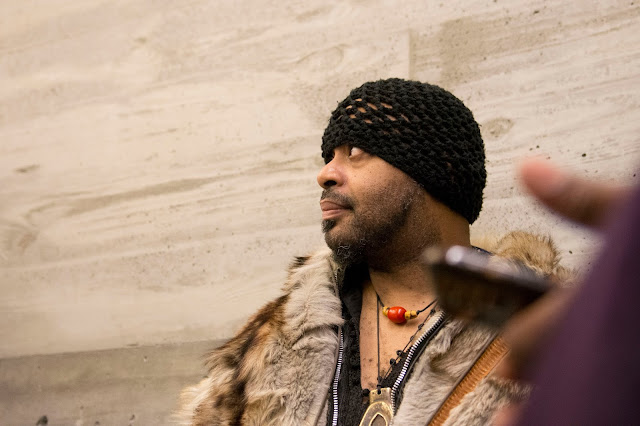 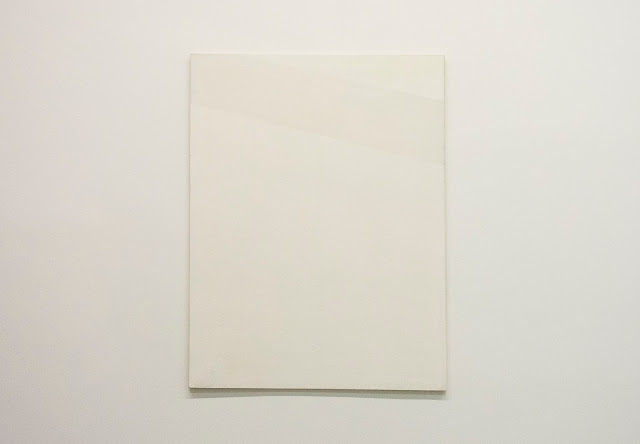 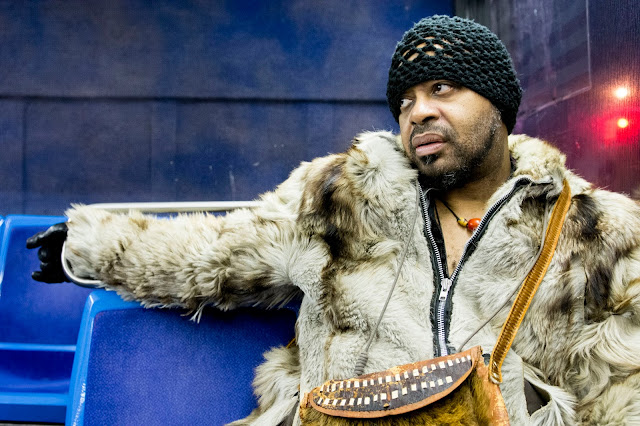 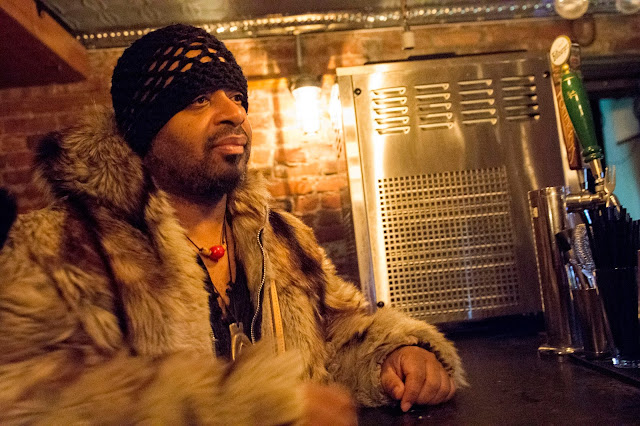 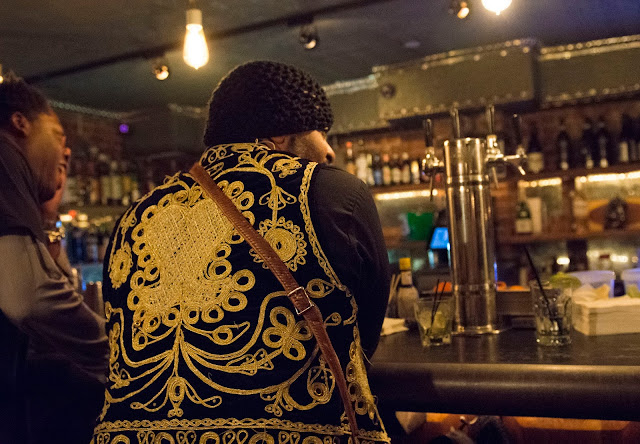 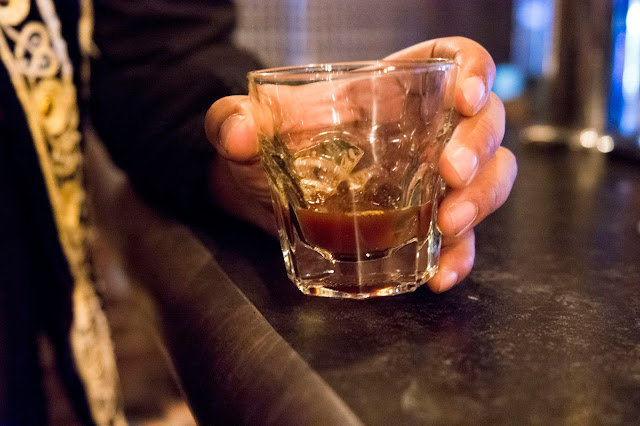 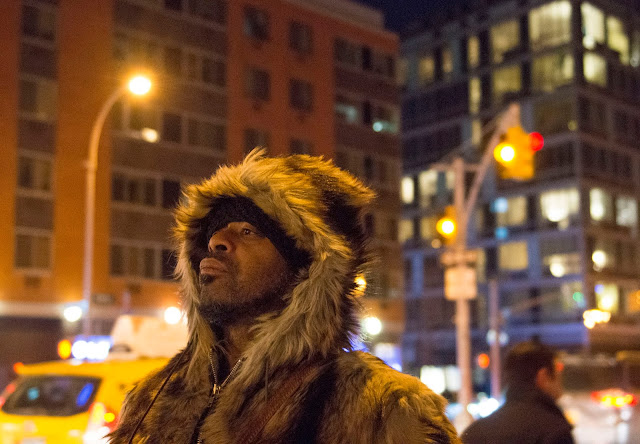 Posted by miss-manhattan at 11:24 AM No comments: