Sarah Mucho is having a cigarette on Allen Street. In an oversized denim jacket, a flowered top, and black washed jeans, she inhales. The traffic on the Lower East Side brushes past her, wind rushing through the blonde hair she’s pinned back with bobby pins so it falls gently around her face.

In an hour, the band The Sometime Boys, for which she is the lead singer and co-songwriter, will take the stage at Rockwood Music Hall. It is the second to last show for the bluegrass-country-soul-Americana-roots rock band after having been together for eight years.

Sarah moved to New York 18 years ago from Southern California, which wasn’t her scene. Originally she had been interested in being a musical theatre actor, but branched off into songwriting and singing in bands, prog-rock and pop rock alike. She has now sung all around New York in all manner of venues, from cabarets and piano bars to larger stages like Rockwood. For the last few years, she has spent her summers in Mykonos, where she sings four sets a night, seven nights a week, at The Montparnasse Piano Bar. She’ll be returning this July, and in the meantime hopes to finish recording a solo album.

Before all that, though, Sarah and the other members of The Sometime Boys gather in one of Rockwood’s adjoining bars for a few drinks. Sarah has a Miller Lite. She is nervous about remembering lyrics to some of the songs and repeats them to herself quietly while other members and their friends chat around her. She’s expecting to see a lot of friends and family in the audience tonight, which adds to her nerves. Time has ticked by. Making sure to stay inside the club’s black ropes outside, they move into Stage 2, where the show will be, and head to the Green Room.

The Green Room isn’t so much green as it is dark red with black fleur de lis, a single warm-toned light in the back corner against which someone has leaned their bass. Sarah does vocal warmups and puts on lipgloss while the band currently onstage finishes their set. She grabs her tambourine, shaker, and harmonica and brings them out into the venue, resting them by the bar, still reciting lyrics to herself. You can feel their start time approaching and Sarah turns to me: “Elyssa, do you have the time?” There’s just three minutes to go, and Sarah makes her way to the stage.

The lights are red as the other Sometime Boys take their place on stage: behind the drum kit, behind the bass, behind the piano, behind the guitar. But soon lights turn white and blue and the band begins. Sarah’s voice is like a combination of Grace Slick and Joni Mitchell, all earthy highs and soulful lows. Especially on their song “The Great Escape,” each lyric “fade away” is powerful and dramatic. They make their way through covers, “Summer Wind” among them, and original material. She doesn’t miss a lyric. 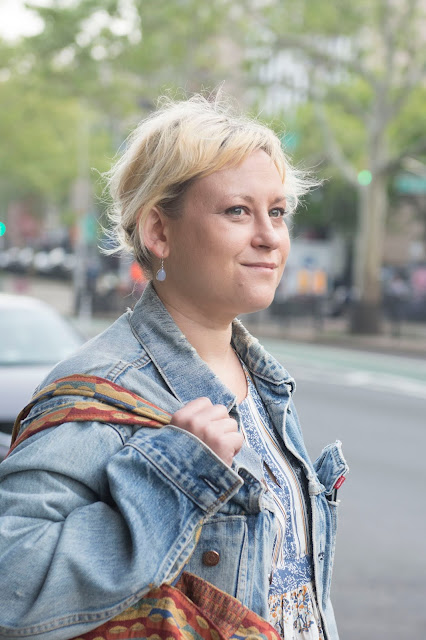 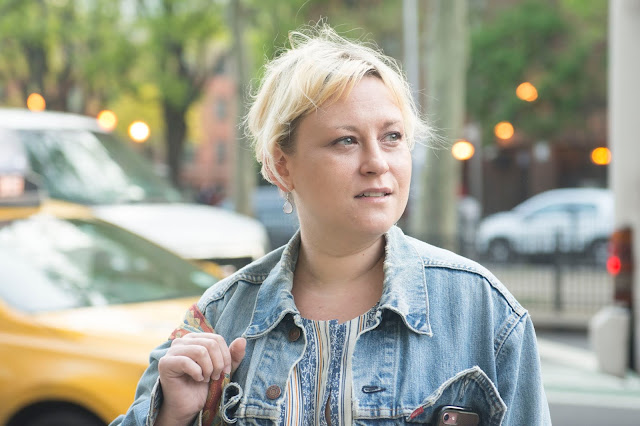 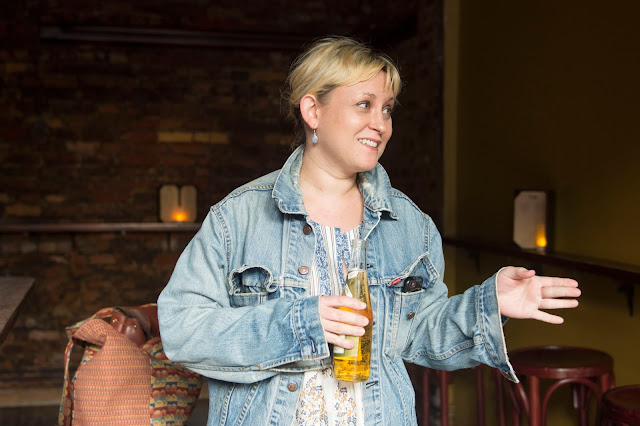 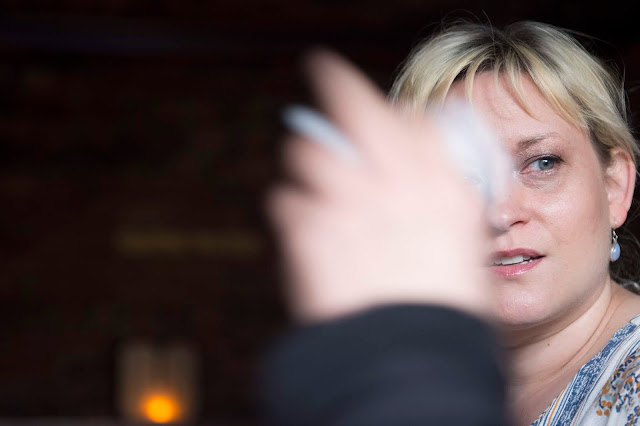 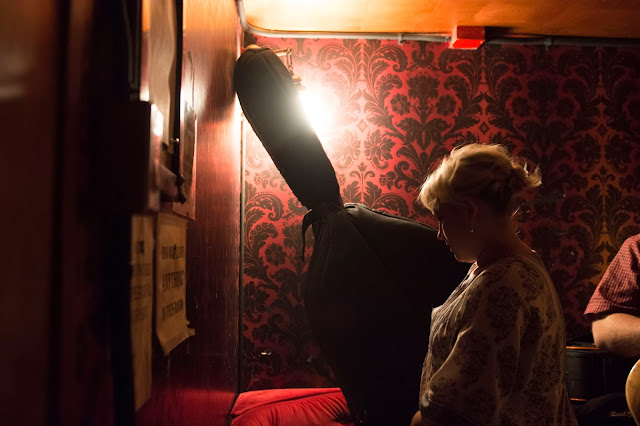 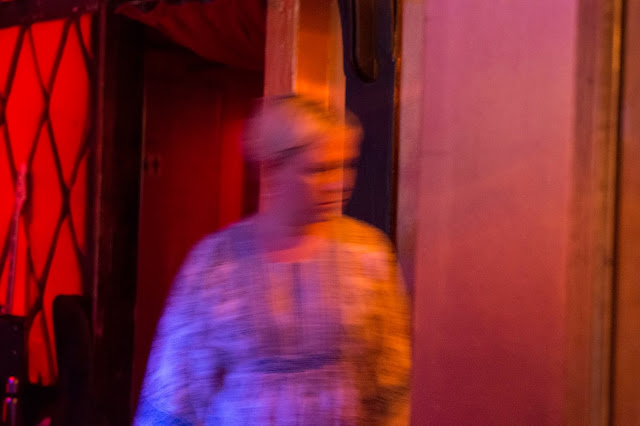 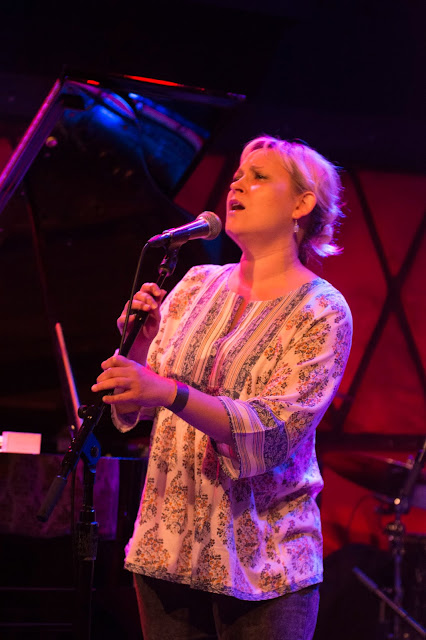 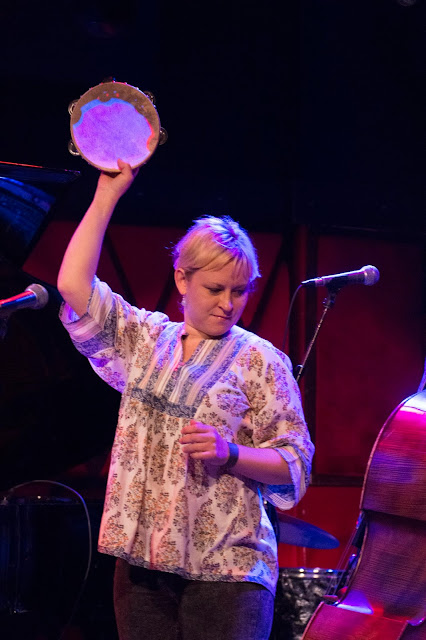 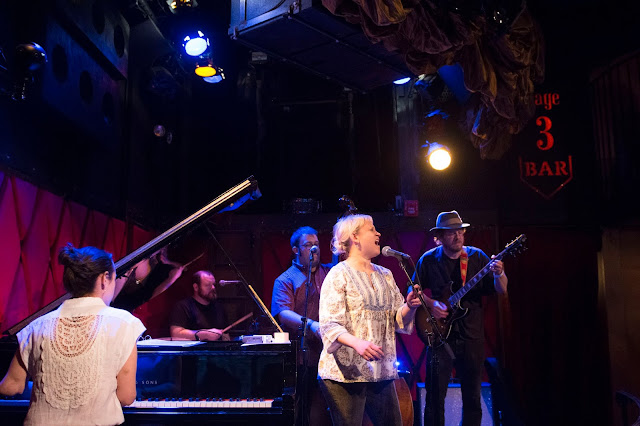 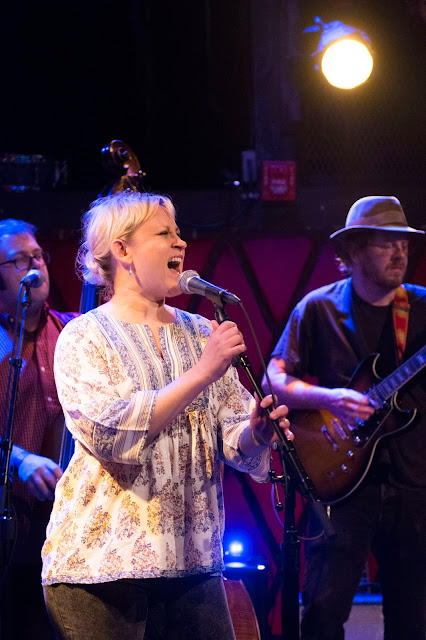 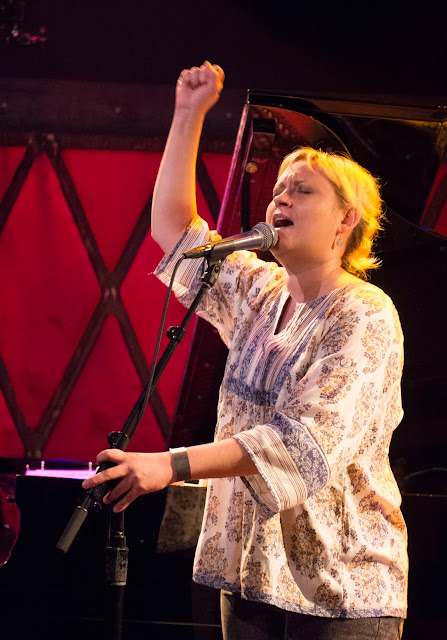 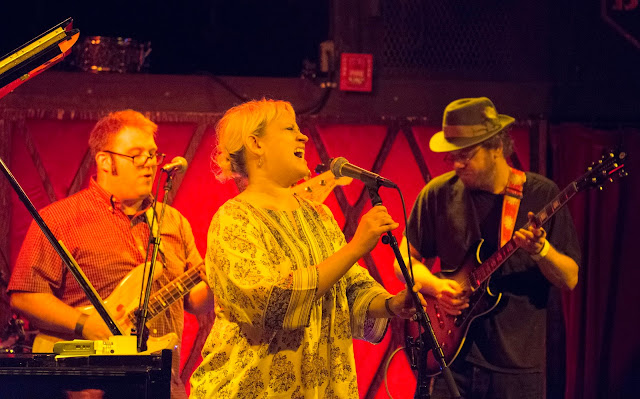 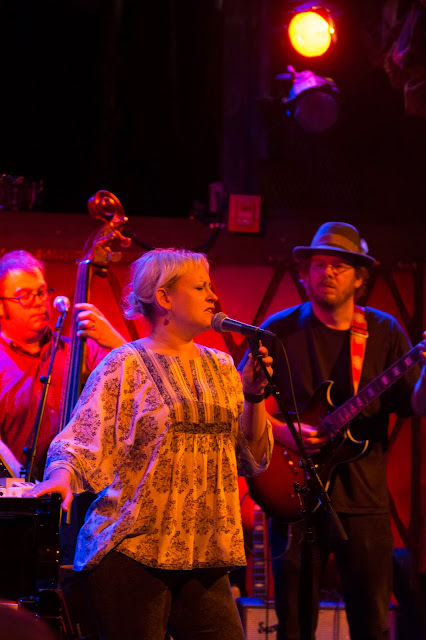 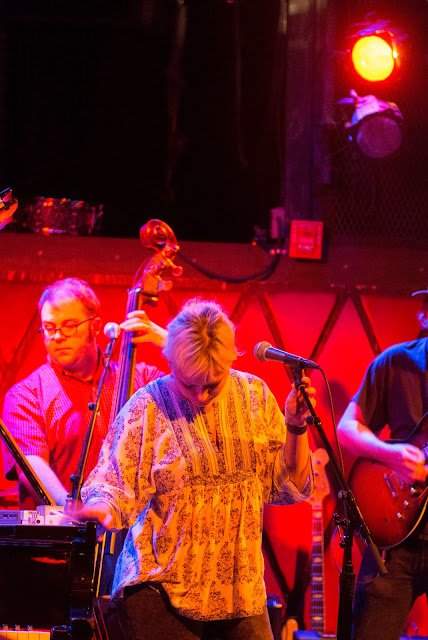 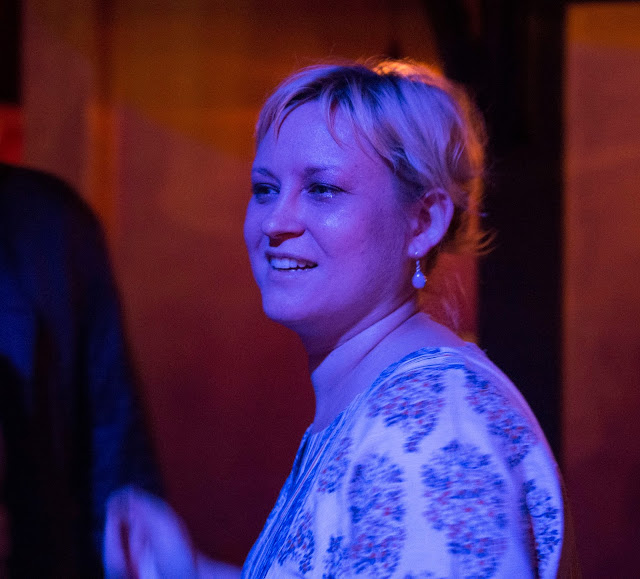 Posted by miss-manhattan at 12:13 PM No comments: