The Age of Maine

As you live in New York for longer periods of time, you start to realize how important it is to leave the city for a while periodically. Not because you love it any less, but because you see more often how it's easy to get stuck and let the constant motion of the city overwhelm you. You need times where you sit and relax and do nothing, in a place where everyone else is doing the same. Sometimes I can only do this by going out to Coney Island or Manhattan Beach, but sometimes I have the opportunity to go a little further away and it's always a pleasure.

HanOre was kind enough to invite me on a trip with her family to their lake home in Maine for Memorial Day Weekend. We would take a bus out to Boston, spend the night at their home there, and then drive up with the family the next day. At first I found the length of the driving trips daunting (four hours to Boston, two hours to Maine), but the time passed quickly with reading, chatting, and the napping I found myself doing--it was as if I had saved up many of the sleepless nights I had been having for the past few weeks and was ready to cash them in.

The drive to Maine took us up through a forest, onto twisty, dirt country roads, and past the occasional deer. The Ore family's gorgeous home had been constructed from wood by hand by its former owner, featuring multiple spiral staircases and lofted, nook rooms without walls. We assembled the dock, had lunch, and then...sat. And it was so lovely to know there was absolutely nothing I had to do besides that. I had no deadlines, no pressing emails to attend to, no clients calling me. I stood and stared out onto the lake, the sun casting light on its softly rippling water. 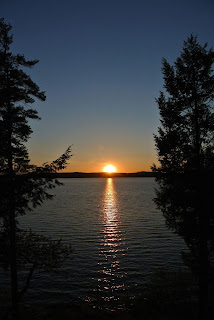 We watched the sunset and I realized how long it had been since I'd seen one. Perhaps I've written about this before, but living on the east side of Manhattan does not afford me views of the Hudson River, where the sun sets. Until this point, it's fair to say I had probably gone months without seeing one. It's strange to think that living in Manhattan removes one from nature's daily schedule like that but, as I've said likely many times before, it's a trade off. Here in Maine, the sun looked like a giant egg yolk descending into orange and yellow clouds before it was whisked away by nighttime and the creaking of crickets. We greeted the darkness by roasting marshmallows on the grill, reaching into the woods to grab sticks and hoping they weren't actually snakes. Succeeding, I let my marshmallows catch fire while HanOre lovingly toasted hers.

In the morning, we assembled the dock and HanOre's sister, J, proceeded to jump off it almost instantly.  She did it the night before, too, before we had assembled it. "Will you jump off the dock with me?" she asked me later in the weekend. Having dipped a toe in earlier, I knew it was freezing cold, but it still wasn't the coldest water I had ever jumped in.
"Yes," I said, giving a forthright nod of my head. "I haven't jumped off anything into freezing cold water in about 10 years." When I was at summer camp in North Carolina, about that long ago, I did this kind of stuff all the time. I was looking forward to doing it again.
"Oh," her sister said, "so since you were my age?"

"Oh godddddddddd," I groaned, laughing. It's true, J was 16 years old and that was indeed my age 10 years ago. But age is not what makes you older, necessarily. I jumped in the lake. Twice. Cold flew through my bathing suit and squeezed me tight--it wasn't so much the first impact of the water upon the jump that was especially frigid, but swimming in the water around the dock to get out that really caused me to verbalize my shivers. But I would easily do it again, and hopefully not in another 10 years.

Another of Maine's delights is, unsurprisingly, lobster. In New York, ordering such a treat would easily set you back something like $35-40,  if not more. And in Maine? A 1 and 3/4 pound lobster will set you back just $10. We picked up the creatures at a fish market a few miles from the house. I watched as the sales clerk placed a bag of them on the counter.
"So there are live animals in that bag?" I said.
"Yep," he said. "They're delicious."
"Try not to think about it," HanOre said. I would actively not participate in their boiling later, but I daresay I very much enjoyed the result of it. I cracked open the bright red shell on my plate and dipped its warm, chewy contents into salted butter with gusto. We are what we are. 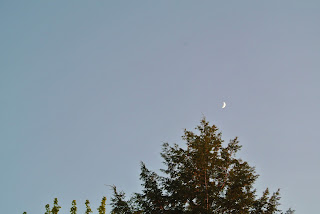 Another sunset brought us more wine and more marshmallows and more sleep. In the morning, we somehow woke up early and went out on the lake with the jet ski. I had never been on one before, and was interested to find it was kind of like a water motorcycle, the thrill of speed without scary consequences. We buzzed around the lake in all sorts of directions, trying not to piss off the neighbors who were possibly still sleeping. Soon we would head back and pass out on the dock a while longer before we had to pack up the house and leave. We fell asleep in the car as her parents drove us back to Boston.

Now, back in New York, I find there's constantly a fine, humidity-induced dew over my face; the subway is starting to get hot and sleeves are becoming impossible. In the 1970s, when my mother was living in New York, she would go away to the country every weekend, and now I understood why. There seems to be an endless supply of cool breeze and bodies of water close by, quiet nights not ringing alive with ambulances, police sirens or garage doors. I am perhaps one of the few people who still really loves New York in the summertime, how hot air brushes your face in the depths of a July evening and how a margarita tastes that much better when you've really had to swelter in the subway to get to it. But I would be an insane person if I said I never wanted to go back to Maine.

Many thanks to the Ore family for a glorious weekend.
Posted by miss-manhattan at 10:59 AM 2 comments: