Lucia Stacey answers the door of her apartment in Brooklyn wearing a black kimono, but quickly changes into a black dress and offers me first a LaCroix, then a coffee. I cannot place her accent right away, but she soon tells me her long vowels are of English origin, her short ones from Atlanta, having grown up splitting her time between the two locations. She moved to New York to work in biodefense, a strange proposition for a person with a poetry degree, she tells me. But she has now for several years been on staff at the dating app Hinge, a workplace she loves dearly and where she was recently promoted to VP of Operations.

Lucia still writes poetry--she has been published in Tin House, The Chicago Quarterly Review, and others--and performs as part of The Poetry Brothel, an immersive literary and burlesque cabaret. Her character is Penelope Strangelight, “a chemist, but uses the Oxford English Dictionary in place of the Table of Elements, for when certain words are combined they can cause far more damage…”

In the last year or so, she’s also carved out another artistic niche for herself with what were first doodles but evolved into more defined drawings, sometimes bodies filled with inky swirls and geometry all erotic and feminine, sometimes a more demure teapot or collection of flowers done in gouache. Since she already has a salaried job, she says, she donates 50% of all the proceeds from her artwork to Planned Parenthood in Mike Pence’s name. She has started completing commissions and has even made some of her drawings into wallpaper, which will be covering parts of the Hinge offices as they move into their new space.

Recently, Lucia has taken on another responsibility: becoming a “dog mum” to Hugo, a pughuahua (part pug, part chihuahua). At two years old, Hugo is tiny and fully grown, and to Lucia’s delight is more of a cuddler than a barker.

We sit on the floor of Lucia’s new apartment, which she has just begun outfitting with new furniture and artwork. Light shines in through the window despite the grey day, a sign bearing first the words “Pooch & Saullybear”--the nicknames for herself and her friend and roommate Saul--then the temperature and time until the next arriving L train. Polaroids dance on the wall, as do a Picasso print and some of Lucia’s drawings. There’s a bookcase filled with poetry and dried flowers. They’ll be getting a new couch soon, but in the meantime there’s a collection of colorful cushions and blankets in its place.

Saul comes home and cuddles Hugo. Today is Saul’s birthday, and Lucia blows up a plastic crown for him to wear. Lucia orders dim sum for breakfast then takes Hugo out for a walk, donning her Hinge baseball cap to brave the rain. She leaves it on when she comes back inside. Retrieving stemless wine glasses from the kitchen, she fills them with white wine for herself, Saul, and soon others. 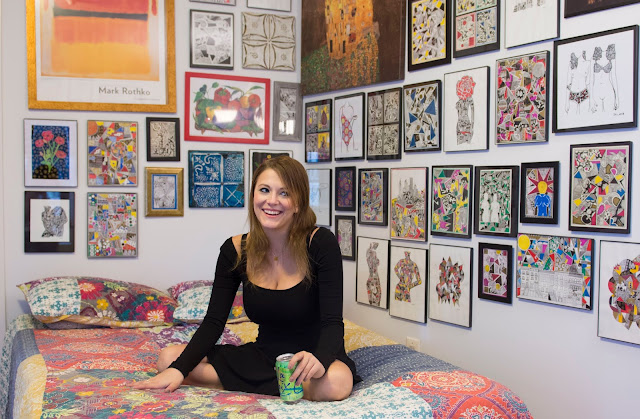 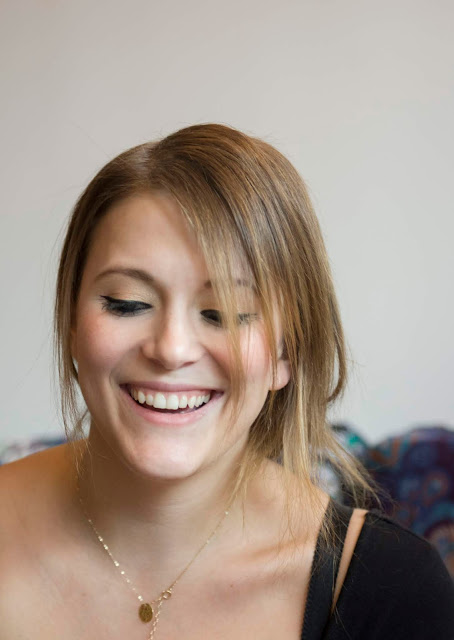 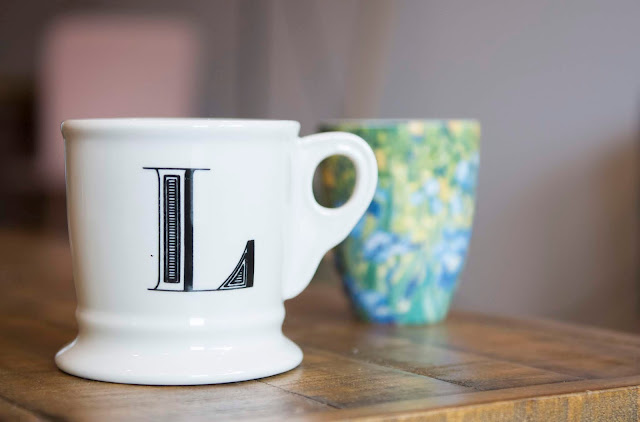 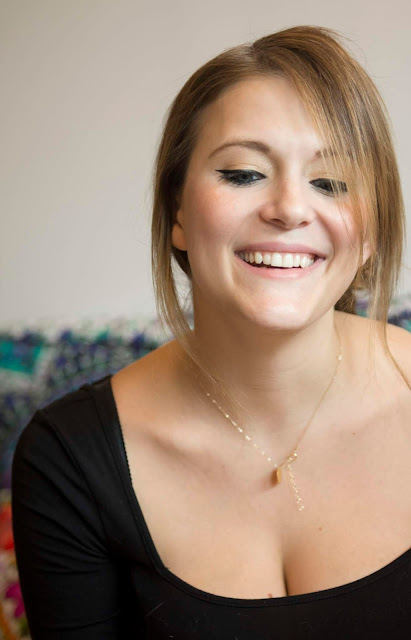 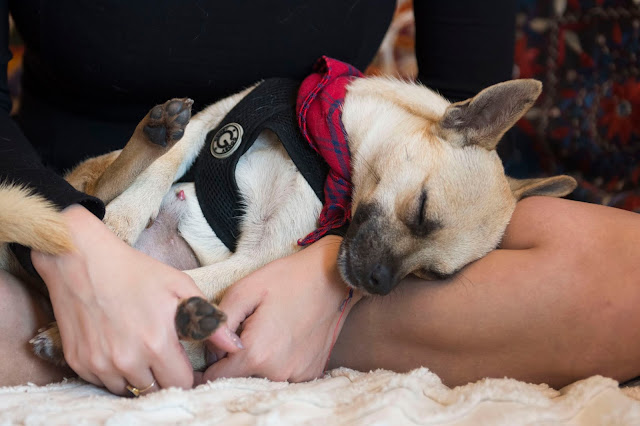 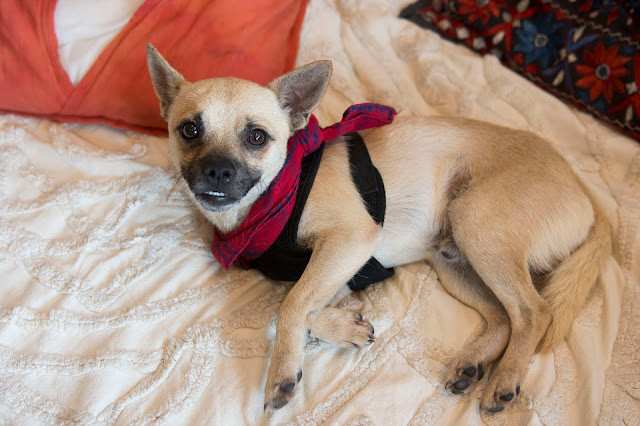 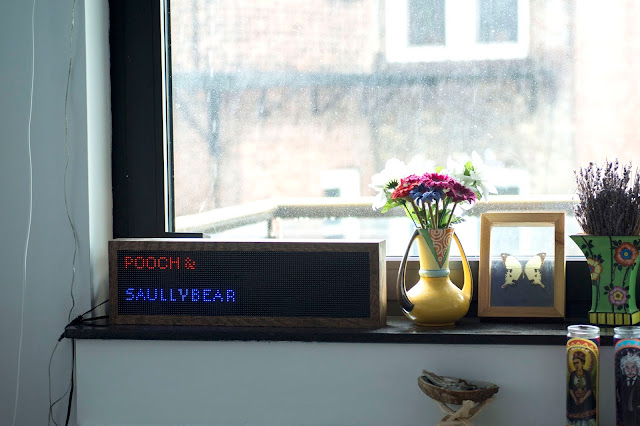 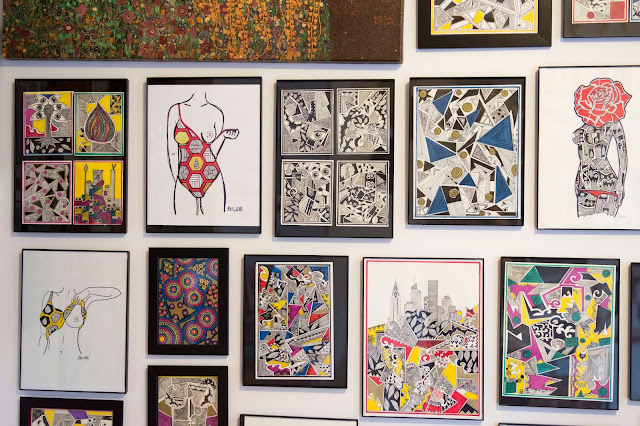 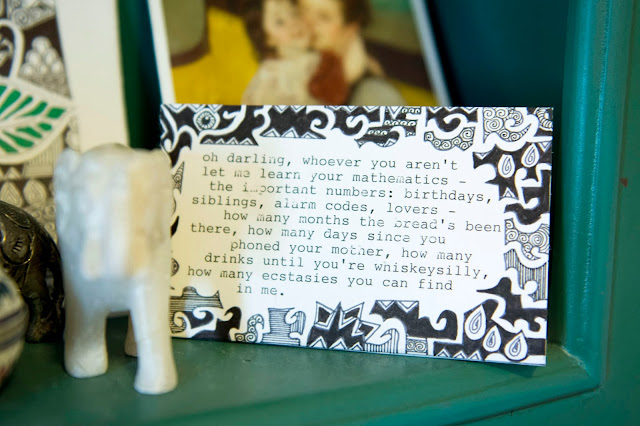 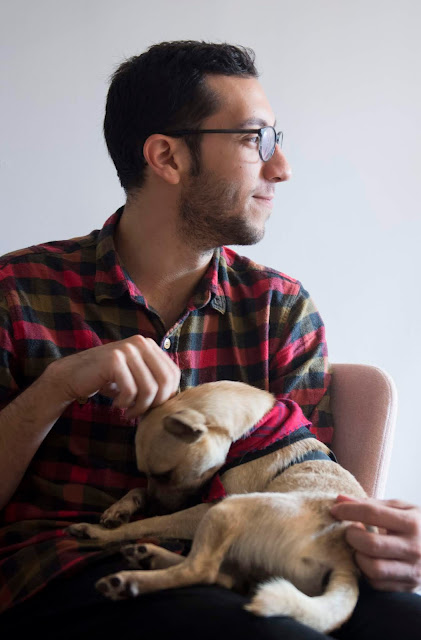 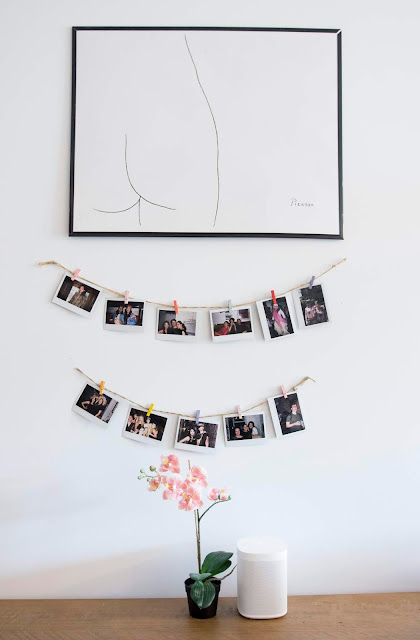 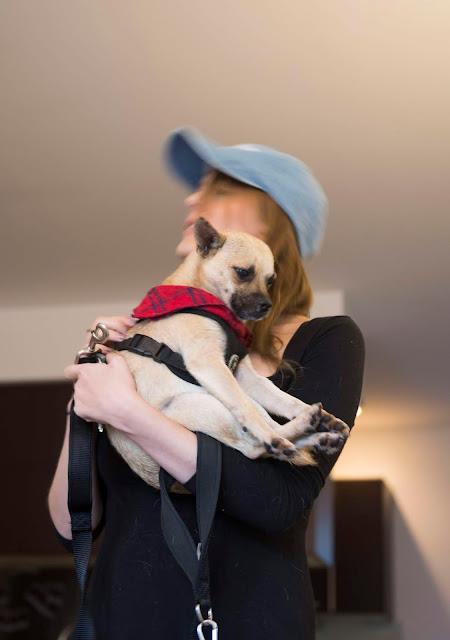 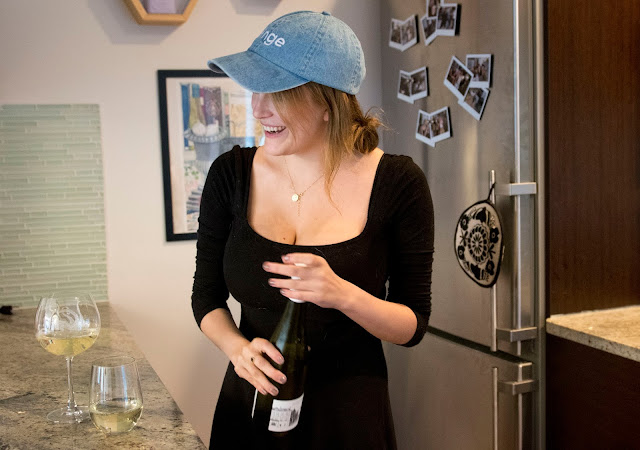 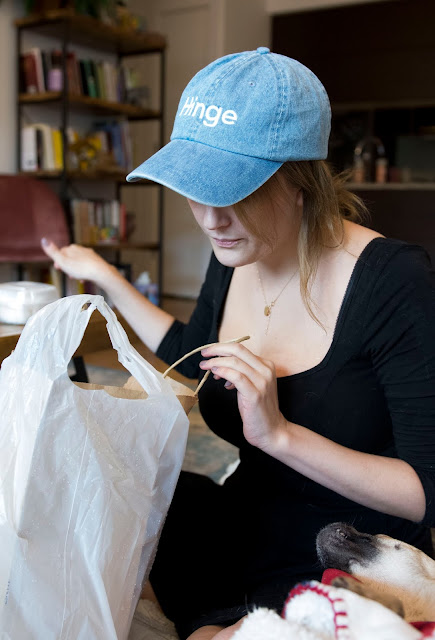 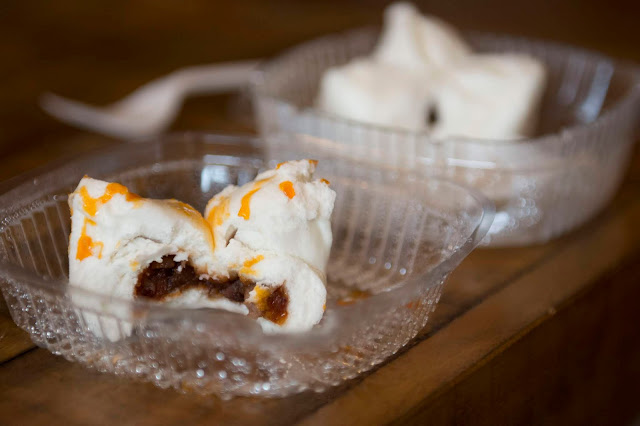 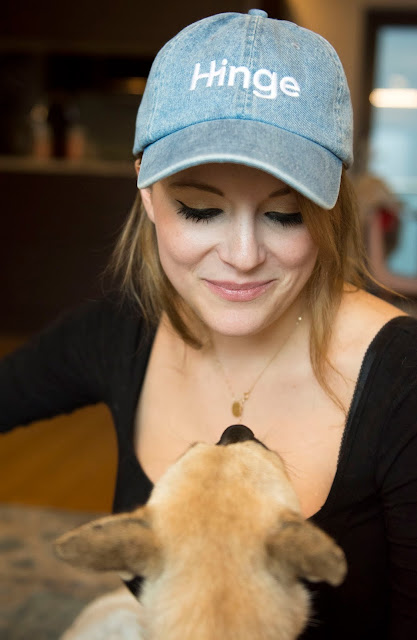 Posted by miss-manhattan at 11:14 AM No comments:

After nearly eight years in New York, it’s a joy that some things are still new not just to me but to the people I love. Watching friends work hard for years on their dreams and seeing them come true is a gift I feel privileged to have seen first hand, these past few weeks especially.

The last week of April, I get a text from SW. He is making his Broadway debut as a conductor the following week, and would I like to attend? YES OF COURSE springs from my fingertips and into my phone, because how could I ever say no to something like that? He had been working on the show Escape to Margaritaville, the Jimmy Buffett musical, for a few years by this point, from its early stages to its placement on the Great White Way. I saw this kid work his way through Music Composition courses at our university, to the music staffs of shows like Hamilton and Dear Evan Hansen, and tonight he’d be in charge of an entire show’s orchestra. I wrote it down in my calendar in big letters: SW MARGARITAVILLE 8PM.

A few weeks earlier, he and I had dinner and drinks in Hell’s Kitchen to catch up; it had been a long time since just he and I had hung out. I heard about the work he had been doing at the show over guacamole and tequila, then the hopes he had for his career over whiskey. It’s like someone had heard him and then a few weeks later there all of us were in the audience of the show watching him.

In all manner of floral or beachy attire--Hawaiian shirts were requested as the show has a less formal atmosphere, to the point of having frozen margaritas at the concession, along with tiki torches and surfboards--we made our way up the escalator to the Marquis Theatre.

While the show was a bubbly ride of delightfully over-the-top song and dance, the best part by far was watching SW pop out from a tiki booth at the top of the stage at the end and wave to the audience in a bright aqua shirt printed with big pink flowers. I’m fairly certain I gasped and shouted YAY SW!!! much louder than one is actually supposed to do that while sitting on a red velvet seat in a theatre. My jaw fell open in wide-eyed amazement: that was my friend on the Broadway stage, whose compositions I had seen first in the student concert halls on campus and later in rehearsal spaces on 8th Avenue.

After the show, we all skittered over to the stage door and cheered wildly for SW, asking for autographs of our Playbills and beach balls while people stared, wondering who he was and taking pictures with their phones just in case. “HE CONDUCTED THE SHOW!!!” I said with glee to elderly women looking on next to us. A magical sparkly feeling ran through me, and I can only imagine how SW felt, having his parents and friends in the audience. I hope it’s the first of many Broadway appearances. And while I don’t wish I ever feel like his appearances aren’t special anymore, part of me hopes they happen often enough that hearing about them becomes old hat. Oh, SW’s conducting again? Well, that’s what he does, my friend the Broadway conductor.

While SC has been working in tech for a long time and is good at what he does, since I have known him he has had an artistic side that always lived in more of a hobby space. We met in college doing student theatre while he studied business, and once we moved to New York he worked with arts and gaming non-profits. In the last few years, however, he began taking playwriting classes, really pushing himself to sit in coffee shops and get writing done that he was proud of, thinking about unusual plots and nuanced characters and taking constructive criticism from his workshops.

I am not entirely sure how the play submission process works for workshopping in different theatres, but it happened that one of SC’s plays was accepted at Manhattan Repertory Theatre, a black box theatre in midtown. My jaw fell again with joy. When starting from scratch, everything is a little victory. Not to mention a few weeks earlier he had been granted a playwriting residency in Arkansas for the month of July. The big victories count too, of course…

So the night of the performance arrives, and up I go into a tiny elevator, into a tiny theatre stacked tall with rows of seats. SC’s play is the third of four plays that night, and the only comedy. Called “Et Tu, Padre?” it deals with polyamory and hypocrisy, but it really is funny. I knew SC could make me laugh, but writing comedy is so difficult that sometimes it can be like a game of telephone from the writer to the director to the actors. When the stars do align, though, it’s beautiful, as they do when watching SC’s play. It’s magnificent to see someone stretch their new and developing muscles in such a successful way, where they are nothing but potential. I shake my head again at the wonderfulness of being able to see such lives take shape. Even if something great happens or doesn’t happen in the long run, these are still the moments people look back at and think “I knew you when,” where you smiled and hugged your friends, their joy for the evening also yours. Later at the bar next to the theatre, I buy SC a beer in congratulation. Here's to many more, and may my bar tab runneth over.
Posted by miss-manhattan at 10:27 PM No comments: