One of my favorite parts of the Mermaid Parade happens before I even get there, on the subway. Once you get on a train that takes you to Coney Island, for me this time it happened to be the Q, you'll start seeing people in either full mermaid regalia or assembling it on the actual train. On my subway car, three girls were pasting themselves with gold leaf temporary tattoos and contouring their makeup. Though it's fair to say this might happen on any train in New York at any time (man, I do love this city), on the Saturday closest to the summer solstice on a train out to the beach in Brooklyn, it's definitely for the Mermaid Parade. Then, once you get off the train at Coney Island, it's a veritable mini-parade of bodies cloaked in a variety of crowns and glitter and paint and costumes all making their way out of the station in a mass exodus toward the parade route.

It's the world's largest art parade, and accordingly people's creativity never fails to amaze me. This year there was a Frida Kahlo mermaid, Andy Warhol mermaids, a Mondrian mermaid, Prince mermaids, David Bowie mermaids, and countless others sporting wigs and papier mache and nets and all manner of aquatic accoutrements. I also had the pleasure this year of discovering the parade's annual ceremony, which officially welcomes summer to New York. A giant procession follows Dick Zigun, the unofficial mayor of Coney Island, to the beach as he beats the giant drum strapped to his chest. Then the king and queen mermaid (the parade's grand marshals), this year the latter was Sports Illustrated model Hailey Clauson, cut the ribbons of each season on the beach and then run into the water. A man carries a basket of fruit into the ocean while people dressed in all white dance in a circle and bless those around them by spitting peach schapps on them (yes...). If you're lucky, you catch people still in costume just hanging out on the beach watching it all happen. "The parade is fun," my friend DL says. "But this is ritual, it's tradition! This is the best part."

As ever, take a look at some sights and scenes from this year's Mermaid Parade, below. Click to enlarge! 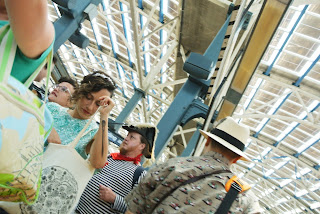 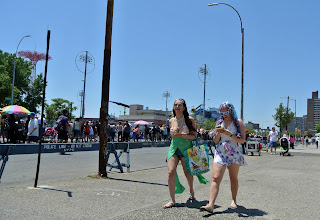 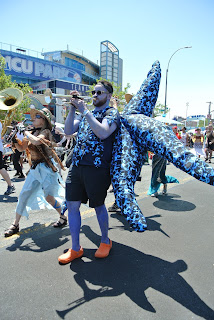 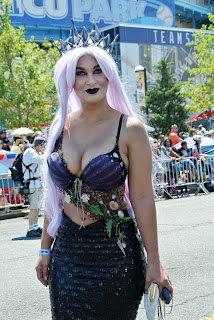 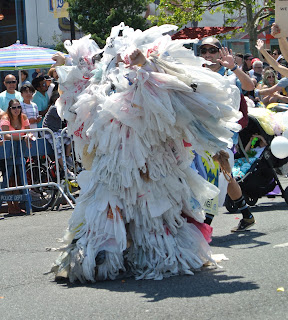 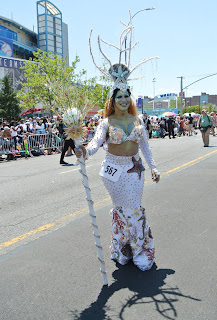 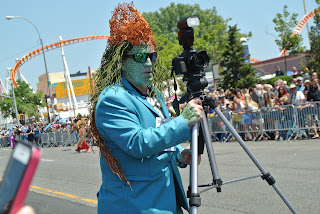 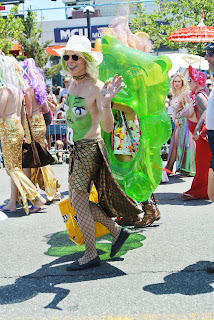 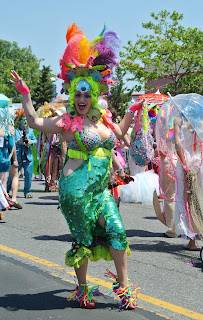 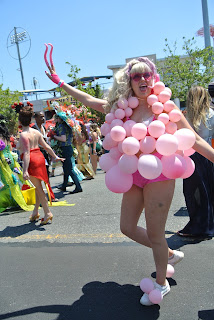 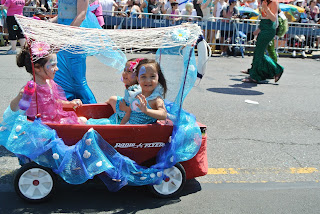 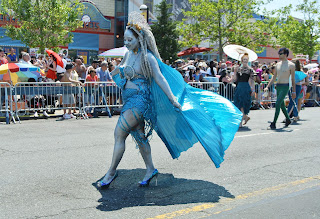 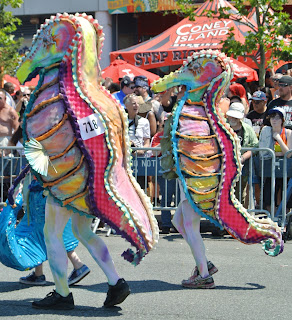 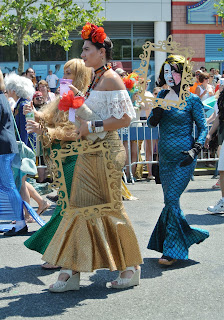 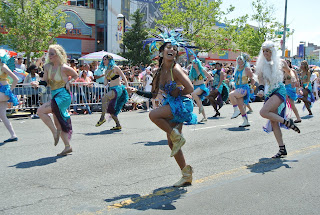 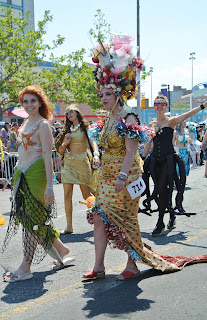 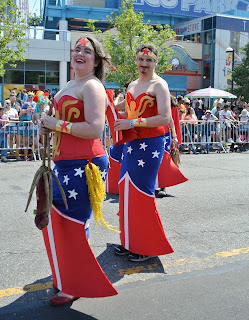 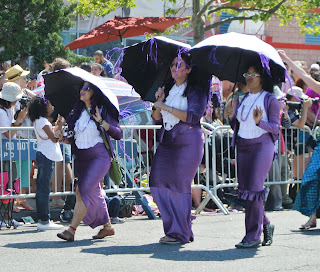 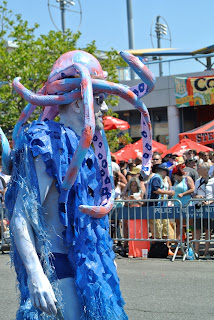 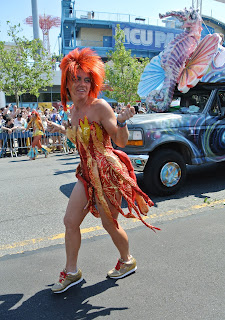 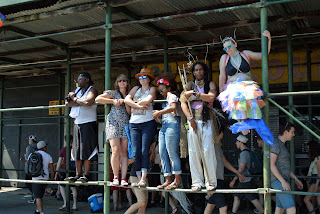 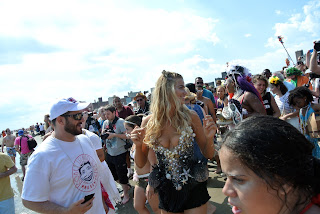 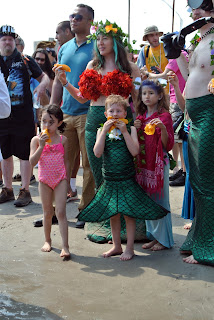 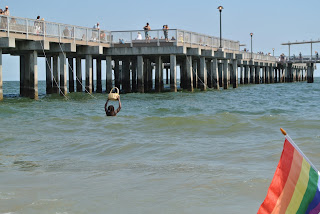 Posted by miss-manhattan at 9:55 AM No comments: