Having only been to the beach once last summer, I made it a resolution this year to get to the beach early and often. And, like most people, I started this past Memorial Day weekend. I had already been to Brighton Beach and Coney Island, so I wanted to try something new. Well, sort of. I consulted New York magazine's  handy-dandy beach guide to see what options were most feasible. I was looking to get to the beach in less than two hours (a far cry from the 30 minutes it takes at home in Florida!), and I was certainly not looking to pay for beach access! To be honest, I could not believe there was such a thing-- feel free to call me a full-on beach communist. I also didn't want to schlep anywhere that didn't take my MetroCard. So my choices were Brooklyn or the Bronx, and I chose Brooklyn. Tantalized by the suggestion of nearby beachside mansions to photograph, I chose Manhattan Beach, which is a hop, skip, and a jump from Brighton Beach.

Setting sail on the Q train with my bagel and iced coffee like a good New Yorker, I headed out to my stop at Brighton Beach. Then I hopped on the B1. Unfortunately, I hopped on it going in the wrong direction, so I had to catch it again going back. Luckily it didn't take too much time and I was still able to hit the sand with plenty of sunshine to spare. Once I was going in the right direction, I got off at Oriental Boulevard as New York magazine suggested. The only problem was that it didn't say exactly where to get off, so I just hopped off on the first Oriental Boulevard stop. Little did I know, there are many more after that, all of which would have gotten me closer to the beach. No matter, I thought. Walking is good for you and it's a lovely day. Besides, getting lost is good for building up your sense of direction (judge away, iPhone users, but I bet my sense of direction is better than yours!). I just didn't really know where I was going. I knew I had to continue straight, obviously the same direction as the bus, but how far?

I passed a man and asked him how far to the beach. He uttered a response in a language I did not understand. Instantly noticing my confusion, he asked, "You do not speak Russian?" I had forgotten that this may have been an issue. Brighton Beach is considered "Little Russia," and a hop, skip, and a jump to Manhattan Beach is just close enough to maintain the language. "No," I smiled, remembering how much I love New York. How wonderful to be in a place where such a thing happens! He gave me directions in Russian-laden English, and I made my way on.

Manhattan Beach is essentially inside a park. It has picnic tables for people to barbeque, a playground and basketball courts close by, and a concrete boardwalk. Though the concrete boardwalk does not rival the wooden boardwalk on Brighton Beach or Coney Island, the beach itself is much smaller, with far fewer people. That means more space, more openness, more beach-y feeling and less New York-y feeling. And trust me, I love New York, but I don't want to feel like a taxi is going to drive past me while I'm on the beach. Sometimes it's nice to get away from the hustle and bustle, even if in a hot second you'll be back there on the train.

The water was a little too cold to swim in, but I waded close to the surf, taking pictures of the jetty (had never seen one of those in person! They sure make beaches differently up north.) and people on the beach. The sand was kind of powdery and hard under my feet, almost like I was walking in broken eyeshadow. Though perhaps Manhattan Beach is not the most scenic of beaches, I liked it because it was small and secluded--it felt like a place not many people go to. In fact, at a party recently I mentioned I went to Manhattan Beach and people, New Yorkers, looked at me quizzically--you mean California? No, no, it's in Brooklyn. Ohhhh.

All the more reason for me to want to go back. Here are some photos from the day: 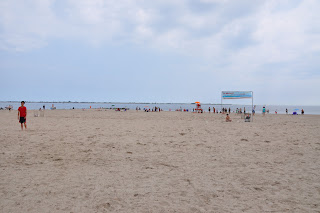 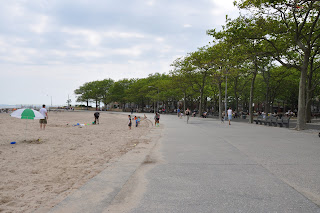 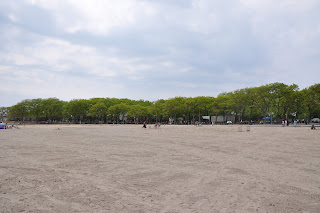 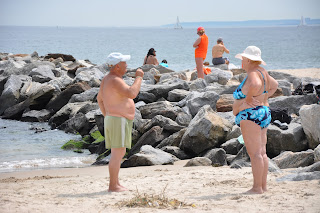 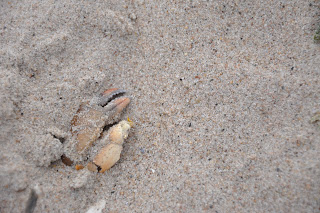 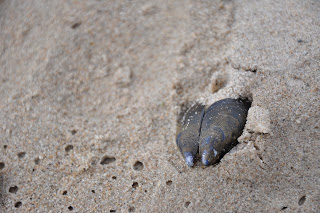 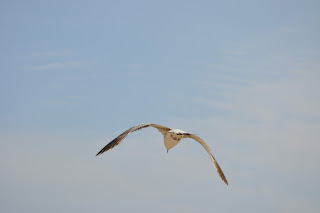 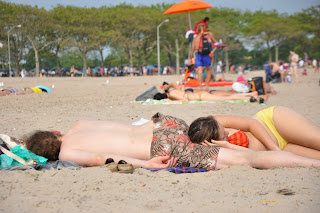 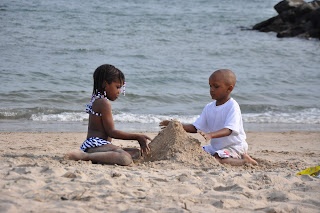 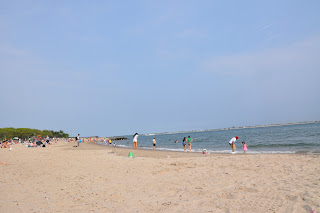 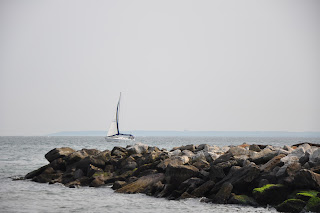 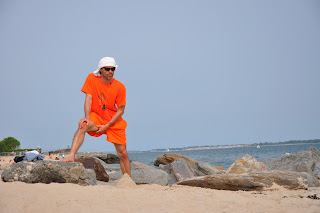 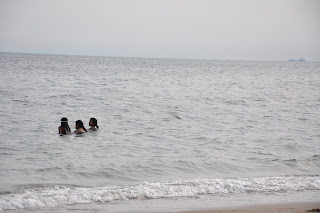 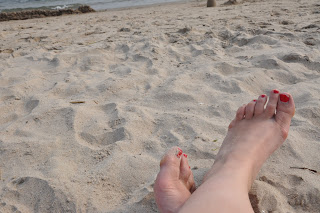 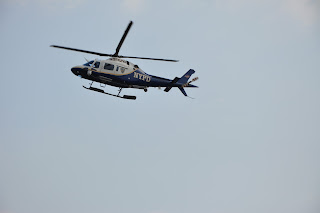 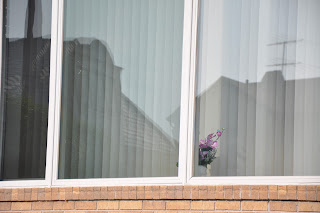 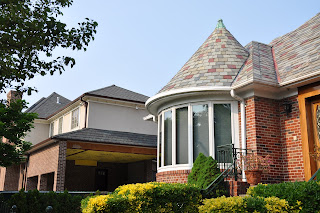 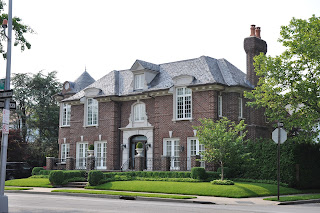 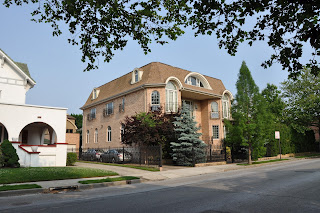 Posted by miss-manhattan at 1:02 AM No comments: