When I arrive at Fifth Hammer Brewing Company in Long Island City, Queens, George Kong is already there. He’s drinking an IPA--“It’s hoppy, I don’t know if you’ll like it,” he says. My friend of six years, he’s right.

I haven’t seen George since my birthday, and now he says we’re doing that thing friends do when seeing each other the first two weeks of a new year: recap the old, make declarations about the new.

But actually George has a lot to be excited about in 2019. For starters, he has launched his own dating consultancy, byGeorge. Having been a matchmaker previously, he now offers “customized dating services and advice for busy singles.” This includes auditing dating profiles, offering live date support, in-person consultations, dating refreshers, and more that will help people “date smart,” as he says.

It’s exciting to see byGeorge in motion, to see George address a need in a market that very much needs someone like him and is so perfectly tailored to who he is as a person. A people person and connector at his core, he’ll be bringing people together, showing them the best aspects of themselves, teaching them how to share that with another person--it’s work he’s prepared to do because it’s work he’s already done on himself, reflecting on the kind of person he wants to be and successfully instituting those changes.

Tonight, though, is not about work. Tonight is actually about bowling. While bowling for so many of us is a novelty night out leftover from decades past, for George it’s a regular joy, a call back to his past life as a child bowling champion. For years, he went bowling every Saturday morning and practiced during the week, eventually adopting the stance he still holds to knock those pins down.

For a while, George has been gathering friends together for bowling once a month at The Gutter, a bar/bowling alley in Long Island City. We walk from Fifth Hammer and George gives a twirl in his navy trench coat, his favorite item of clothing currently. He shows me his King Kong button from the Broadway show, resting on a blazer covering a button-down shirt covered in bowling pins and bowling balls. It’s all very George, this combination of wacky, classic, and bravado.

We go inside and there’s a wait before the lanes will be empty, so we sit with his friends. Ever prepared, George offers snacks from the kit of granola bars and bananas he prepared in his gluten-free days. Once the lanes are ready, George corrals eight adults into lanes and administers advice only if requested.

On his own turn, he prepares: eyes focus, then there are four steps, the stance, the release of the ball. It’s all followed by the sound of pins clattering to the wooden floor. Sometimes it works better than expected, sometimes worse. There’s so much about the world that changes, George says, but for the most part bowling always stays the same. 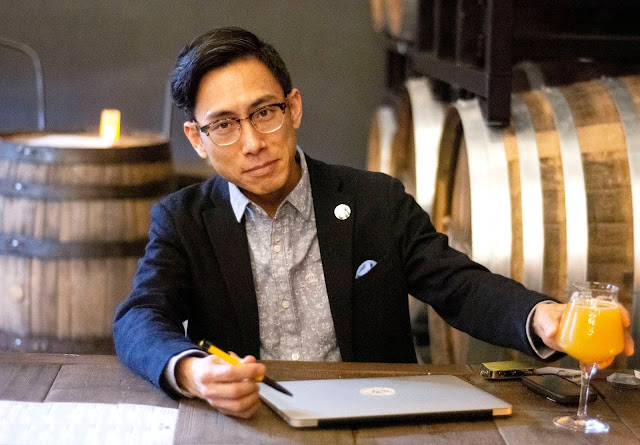 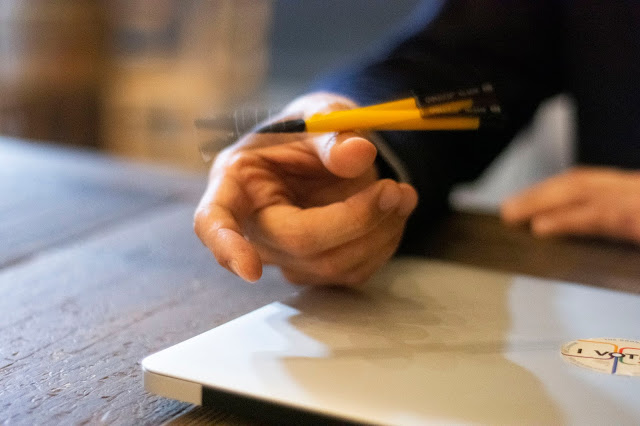 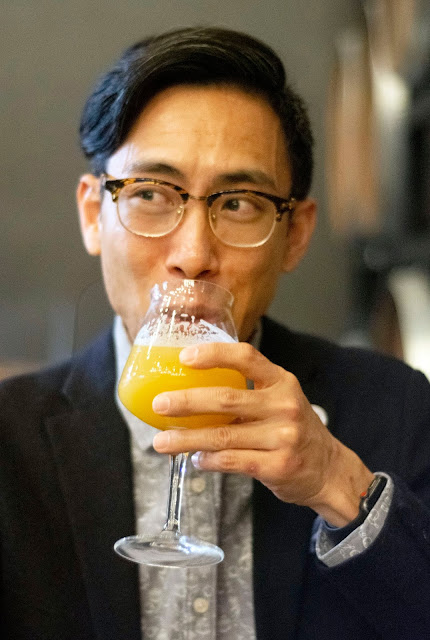 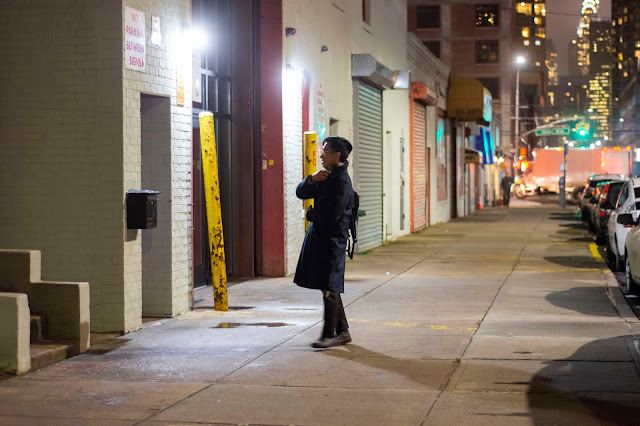 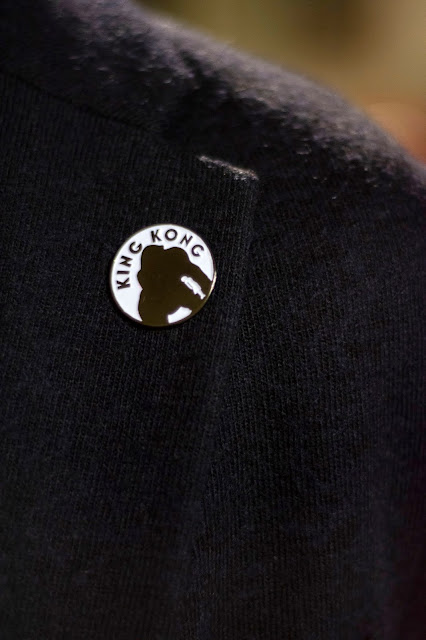 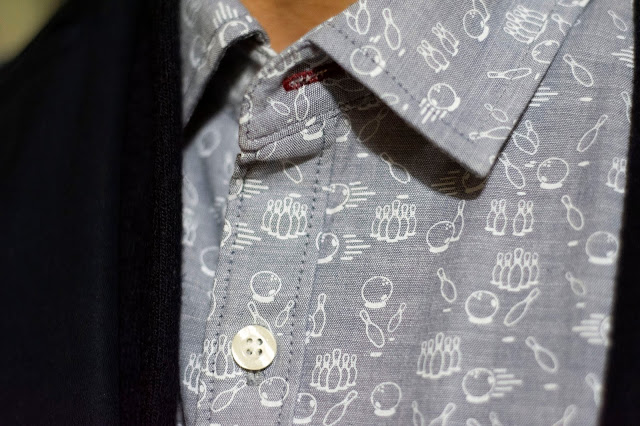 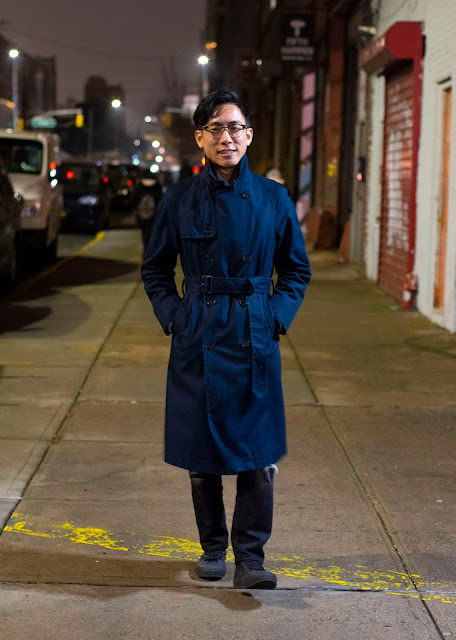 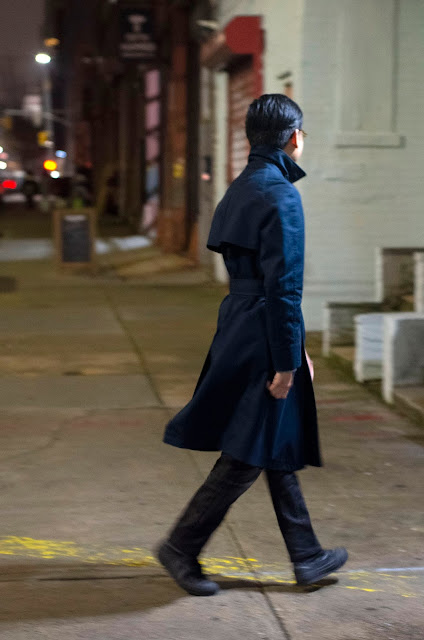 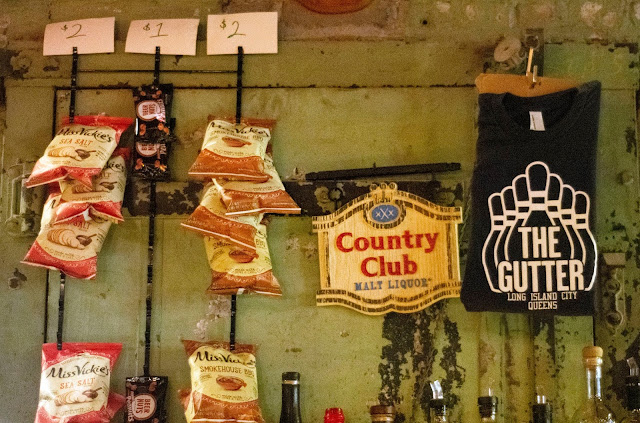 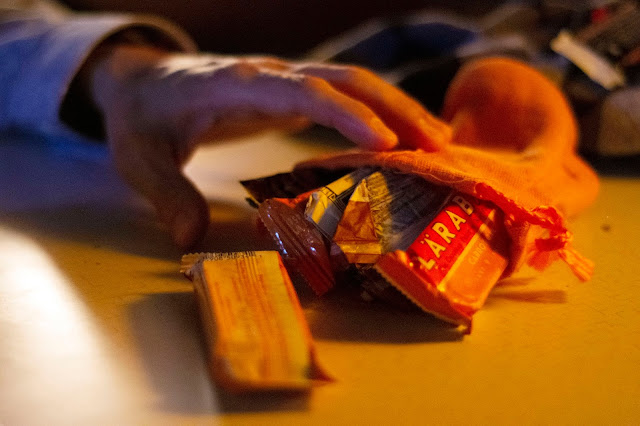 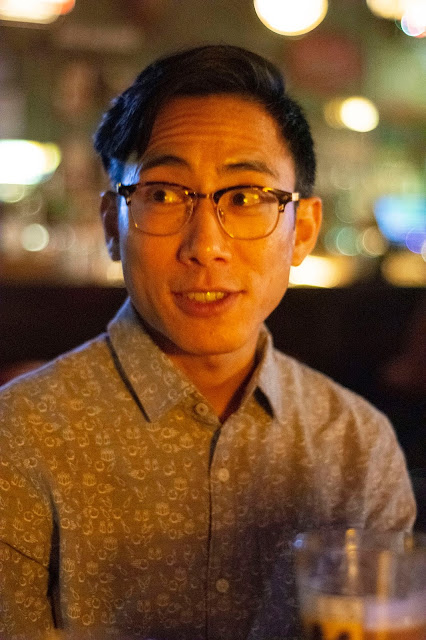 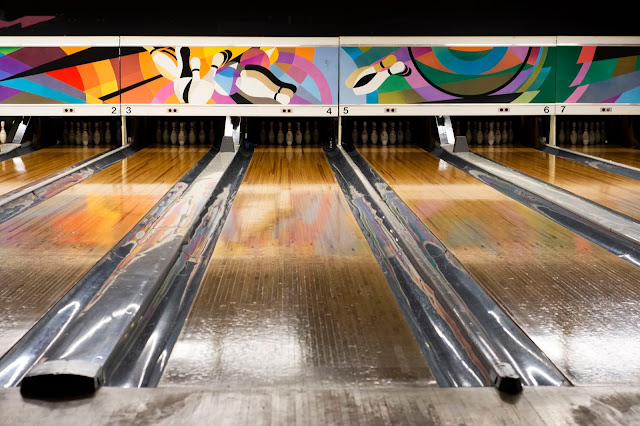 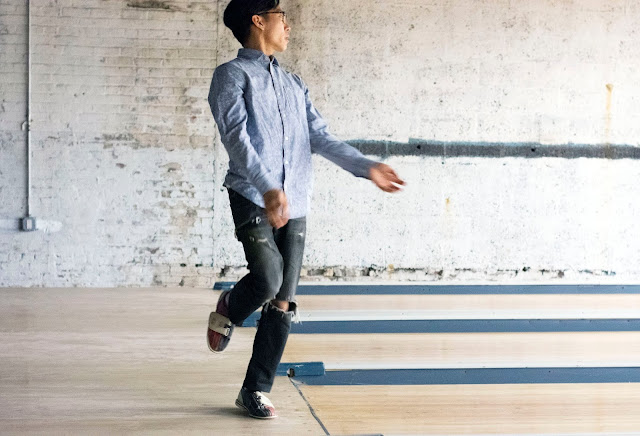 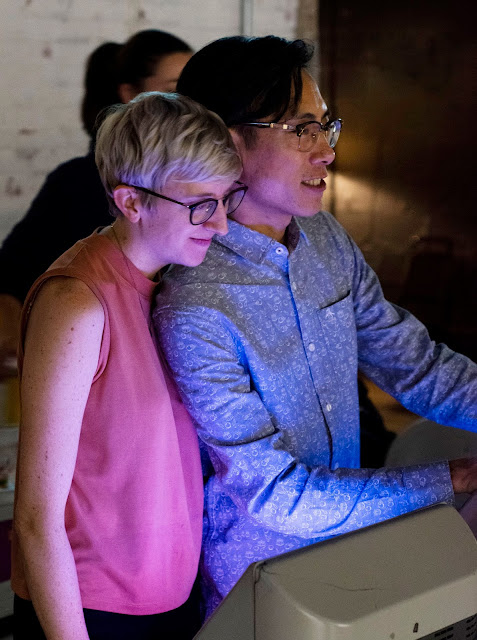 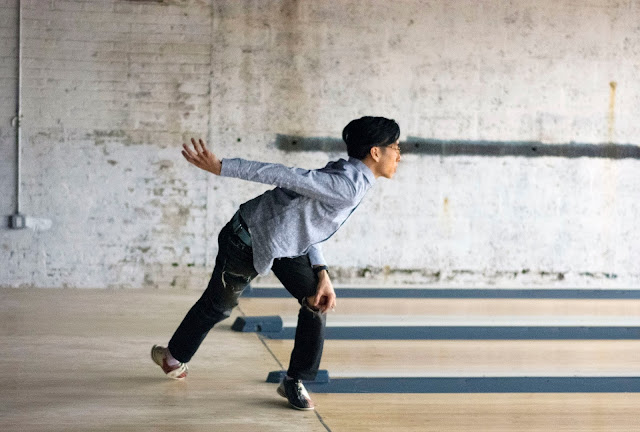 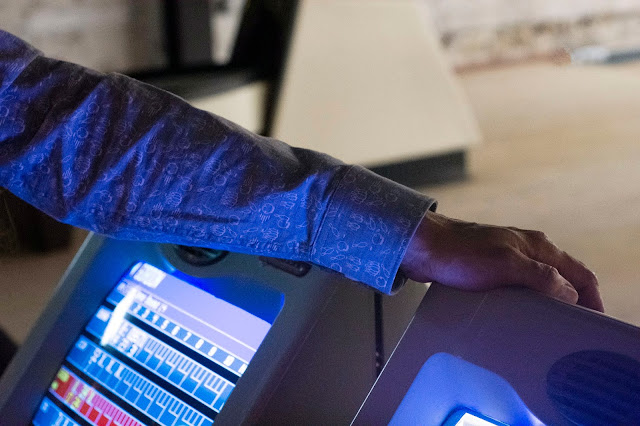 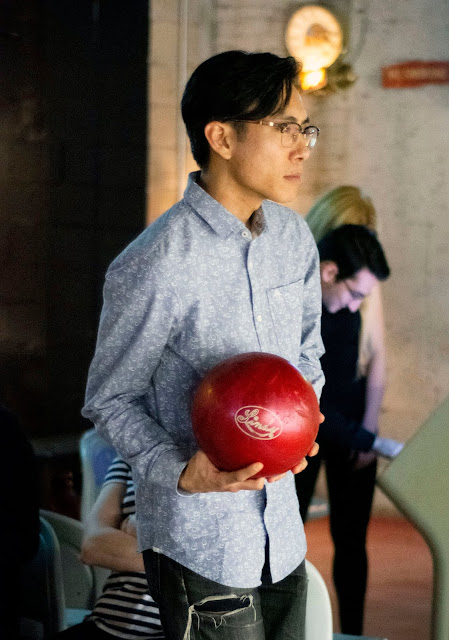 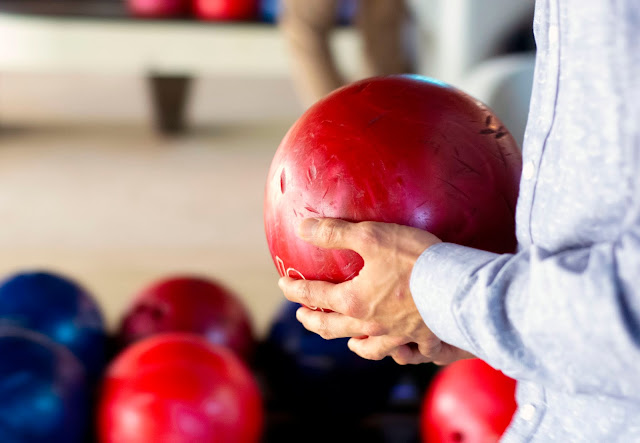 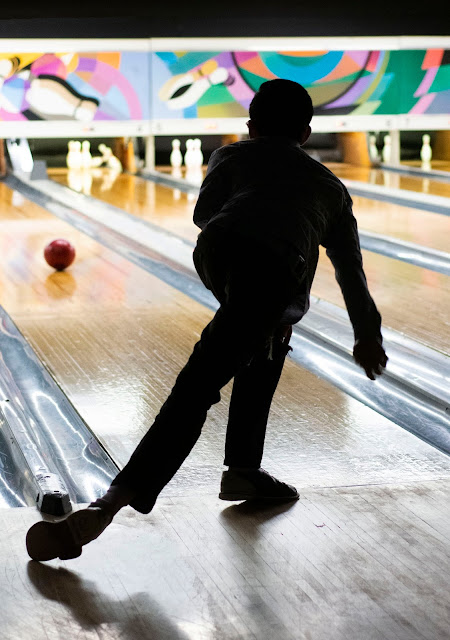 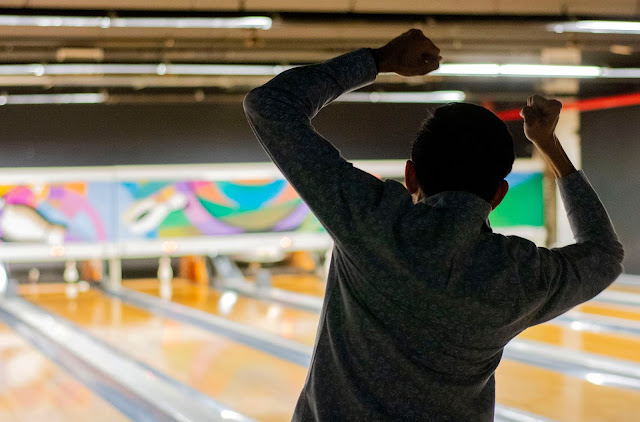 Posted by miss-manhattan at 1:43 PM No comments: