“…where I shared so many cheeseburgers with my hustler husbands…” 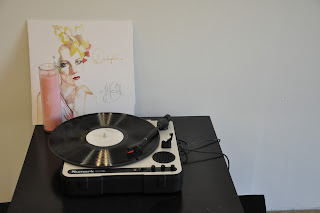 Mx. Justin Vivian Bond’s feminine growl echoes throughout Participant, Inc., an arts exhibition space on the Lower East Side. The album is Dendrophile, the artist’s first, incorporating jazz and folk sounds with Bond’s cabaret-style vocals. A needle lays stiff on black revolving wax, making Bond’s voice a soundtrack to his exhibition, “The Fall of the House of Whimsy.” 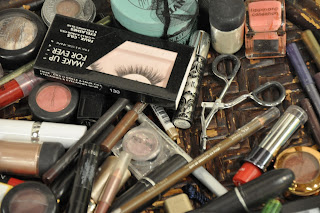 Bond is a New York performance art and cabaret legend, notable for v’s (Bond’s pronoun of choice, preferring not to use either ‘his’ or ‘hers’) contributions to what’s known as a “radical queer” art culture. V does not so much play with gender as crumple it, rip it up and throw it in the shredder. Considering vself as neither man nor woman nor drag queen nor transsexual nor whatever, Bond simply is. V is a long creature with elegant, elongated features, a sharp, smooth jawline, and a rush of mahogany-auburn hair. Long-legged and glamorous, Bond has sung, acted, and performed all over the world, and was recently described by The New Yorker’s Hilton Als as “the greatest cabaret artist of (v’s) generation.” 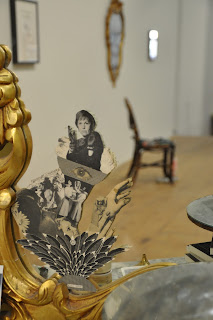 Having read an intriguing article about Bond in New York magazine many moons ago, I decided to visit v’s exhibition, “The Fall of the House of Whimsy.” The exhibition is a small series of installations, photos and drawings all inspired by or featuring parts of Bond’s former loft on Second Avenue, which will soon be demolished. It is a flight of colorful nostalgia, all very personal. I felt Bond’s essence radiating through each book on display from v’s home, each ornate gold mirror, each plastic pot of makeup placed perfectly askew on various surfaces. Though I know I may never meet v, I know there is a person reflected in that space who has a penchant for a mixture of old-world meets new-world elegance and scandal—the Marquis de Sade’s Justine occupies the same shelf as books about Lillian Hellman, Weimar Berlin,  and Sextrology. A collage of intricate black and white cut-outs of campy, made-up figures, lithe feminine hands with perfect manicures, and witchcraft symbols are placed in the corner of a mirror. A chair is littered with a barrage of cosmetics the colors of which remind me of a 96-pack of Crayola crayons. Drawings of gender-unspecific faces on thick, textured white paper are drawn with a soft, light hand. An old, brown, scratched Acrosonic piano with “Climb Ev’ry Mountain” from The Sound of Music with Mary Martin as its only sheet music, with a silver, disco-like fabric sign hung on the back of it. After walking around the gallery, I feel like I have known Bond for years, but am walking around v’s house after v has died. There’s a sadness in the collection of objects that reflects what must be Bond’s mourning of leaving v’s beloved home. I just want to give v a hug and say it’ll be okay, that v’s next home will be just as lovely. Because any space that such a person as v inhabits will be full of life and color and beauty.
** 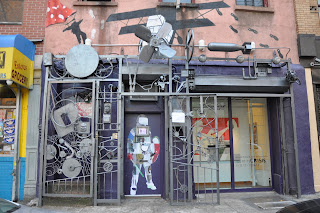 Walking along East Houston Street, my next stop was supposed to be Salon 94, but on my way down Stanton Street I was struck by a gallery whose front was outfitted by an iron gate made of a wild collection of objects, from old toy boats to sun figurines to bicycles. How could I not enter such a space? It was Lambert Fine Arts, a gallery which opened quite recently, in October 2011. Hung on the walls were works by artists Brandon Friend and Jason Douglas Griffin. Friend’s work featured various colored and patterned papers decoupaged into figures and scenes, my favorites of which were an astronaut-like figure assembled on a variety of MetroCards. Griffin’s work also featured scenes done with decoupage and paint, an especially cool one done to show a dj and breakdancer, entitled “Windmills in the City.”
A very helpful gallery associate named Jean also showed me some of his own work. Outfitted in smart black pinstriped pants, a black sweater, black scarf and black shoes, Jean, originally from Haiti, has lived in the U.S. for 28 years and says every trip to New York is breathtaking. His most recent stay inspired him to do a series of watercolors based on Harlem. Jean digs out a watercolor pad from his bag and removes his creations. Brightly colored and drawn in ink with a loose hand, they feature a character named Queeny, whose exaggerated physical features are meant to act as a critique on the physical representation fed to us by popular culture. Jean’s speech is laid thick with a French but actually Haitian accent (he pronounces his country of origin like saying the letters “I-T.”) It feels like a gift to go into an art gallery and see not only what you’re meant to see but what you aren’t meant to see. I thank Jean and continue on my way.
**
The next stop is Salon 94, a gallery on Bowery and Stanton, for a Marilyn Minter exhibition. Minter is one of my favorite artists, whose brightly colored paintings often feature lushly made up mouths and eyes, sharp stilettos or other figures related to and commenting on the female experience. My favorite in this exhibition, though, was the video she made entitled “Playpen.” In the video, a child of maybe three or four splashes about in pools of silver glittered paint in slow motion. The glittering metallic droplets fly in front of the camera, morphing and changing shape as they hit the floor, long strands of paint flying from the child’s hands and feet as it splashes. I sat there, entranced, watching the paint fly and spray and fall. Was it possible for paint to hypnotize? If so, I could have doubtlessly been convinced I was a chicken and clucked all throughout the gallery.
Something I think people forget is that access to art doesn’t have to cost anything. Galleries are a great way to see both the new and the old in any art form. Not only that, but an educated gallerist can always offer a one-on-one education in whatever you’re viewing. While a museum like Museum of Modern Art is a brilliant American institution, admission there now clocks in at $25 for adults, so attending all the time is not necessarily an option for those starving artists among us. But galleries are always free and abundant, so if there’s not something you’re interested in seeing in one, you can just pop into another and doubtlessly be inspired. Free art for all!
Posted by miss-manhattan at 7:35 PM No comments: