"From Oscar bait prestige bullshit, to lesser known indie smegma— they'll be covering it all..."

So said the invitation to the new monthly event, Fuck That Movie, hosted by comedians Anna Drezen and Joel Kim Booster. Held at Videology, a bar/screening room/movie rental joint in Williamsburg, Fuck That Movie brings together four comedians to share--nay, present (as formally or informally as they choose) what they think is the worst movie of all time (from the aforementioned prestige or smegma categories, and anything in between). After presenting, Anna and Joel allow equally hilarious rebuttals and further questioning from the audience. At the end, we choose by applause the winner, the person who has most convinced us of the terribleness of the film they've presented. 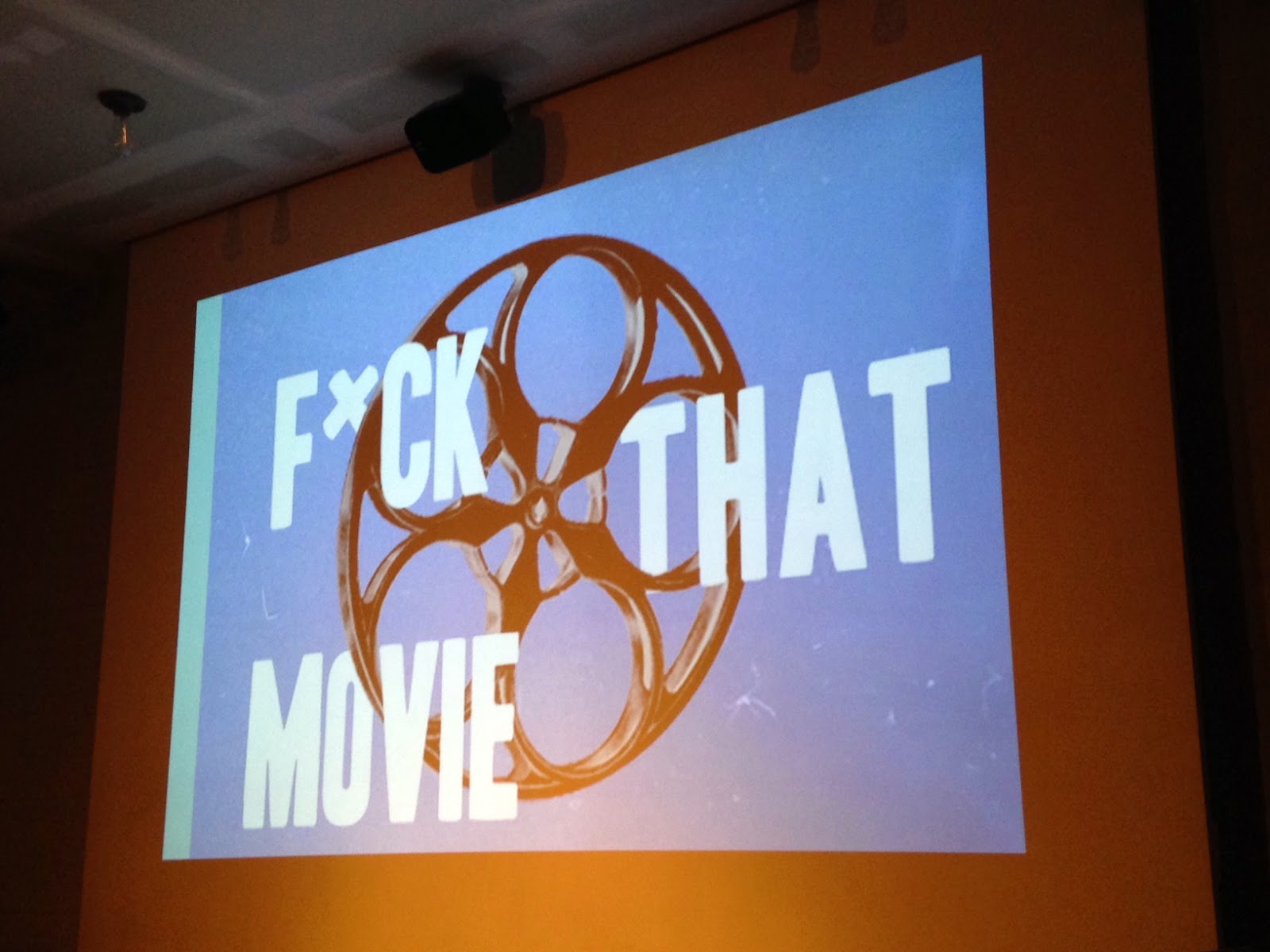 On a particularly frosty Friday evening, some friends and I found our way to the rad Videology (side note, it's pretty great to see some places in Williamsburg can still be cool, i.e., not tainted by yuppie scum). We wound our way past the stacks and stacks of DVDs to the back room, where for a mere $5 we would see some of our fave new standups in action. The January edition of the series featured the talents of Christi Chiello (MTV), Josh Gondelman (Last Week Tonight with John Oliver), Emmy Blotnick (Comedy Central's Comics to Watch), and Langston Kerman (NBC's Stand Up for Diversity Showcase), and of course the delightful, sassy, and delightfully sassy Anna and Joel.

And I have to say, none of us stopped laughing once we got there. Even my friend's boyfriend, usually pretty stoic, regularly burst into laughter. Christi Chiello, in her signature squeaky voice, bemoaned the lack of black hobbits in Lord of the Rings: The Fellowship of the Ring, from a poster board decorated with rainbow letters and stars and fake quotes from George Lucas; Josh Gondelman ridiculed the utter boringness of The Social Network; Emmy Blotnick shared a bewildering reading of the utterly mindless and trite script from Happythankyoumoreplease; and Langston Kerman divulged the wonders/horrors of Rudy Ray Moore's title role as pimp/karate expert in Dolemite.

As a film nerd to my core who prefers any life activity with an extra dose of laughter, Fuck That Movie is pure joy. Because, duh, I laughed, but I learned too! Some of the comics even delved into the history of the films and the times in which they were made so we could further understand their perceived horribleness. It was like taking a film class at a comedy club (read: SO MUCH FUN. I said I was a nerd, were you not prepared?).

Anna actually came up with the idea for Fuck That Movie while saying the phrase aloud to herself as she watched the critically acclaimed American Beauty. "It made me furious," she said via email. "It wasn't a genius work of storytelling. It was a bold-faced Oscar-baiting pedophile-apologizing woman-hating piece of schlock, and it's dated as hell. I literally couldn't stop saying 'fuck that movie' out loud to myself." Anna's G-Chat was open at the time, and she chatted Joel. "My ADD meds were at prime bloodstream levels, so I immediately pitched him the show," she said. "We had previously done a cheesy movie segment on Daralyn Kelleher and Ross Parsons' excellent show Comedyology (also at Videology) so I knew we had great chemistry and were on the same page." I'm happy to say she was right.

Anna and Joel both have strong comedy backgrounds, she as an actress, comedian, writer--she has a book forthcoming from Clarkson Potter based on her hotel blog, "How May We Hate You?", which has also been optioned for a pilot with Universal-- and associate editor of Reductress, a fake women's magazine site (think The Onion meets any women's magazine ever); he also as a comedian and writer--he was recently named one of the 10 Comedians You Need to Know by Paper Magazine, and his critically acclaimed play 'Kate and Sam Are Not Breaking Up' is available for sale on Amazon.

Convinced yet? Waiting with bated breath? Good! The next edition of Fuck That Movie will take place on Friday, March 6, 7pm at Videology, and it's well worth your $5. I know I personally can't wait to Fuck That Movie with you.
Posted by miss-manhattan at 12:20 AM No comments: