The Story Behind the Story: Allis Markham

Yesterday, I had a story published on Refinery29 about the fascinating taxidermist Allis Markham. I wrote it after spending a weekend in her Birds 101 class, which she normally teaches in Los Angeles but was teaching in Brooklyn on behalf of Atlas Obscura, which seeks to put out and guide people toward unusual events all over the world.

One of the things I love most about my job is that it allows me to see and learn about parts of the world and society that I might not ever see on my own, or have the nerve or surface interest to seek out on my own independent from work. What I'm saying is, I don't know that I would have sought out Allis's taxidermy class on my own. I don't think I've ever been turned off by taxidermy, I just wouldn't have put it at the top of list of interests. But I'll write about anything I think has an unusual or underexposed story (within reason!). I love learning something new about how people live their lives.

So to the workshop I went. I could have participated but 1) I didn't really think it was relevant to the story I was trying to tell; that is, it was a profile on Allis, not about my experience of the class, and 2) I was frankly kind of squeamish about it.

Here's a thought I had that was originally in the piece that corresponds to this:

Growing up, we’re taught not to touch dead things, and especially not to cut them open. But taxidermy allows engagement with the the dead in idea and in practice and lets us understand it, possibly making it less scary.

There was something about touching something dead that I found unsettling, that there was this innate "you're not supposed to do it"-ness that kept me from touching the birds, a fear of...something? I couldn't put my finger on it and I still can't, really.

But after I spent the day watching as students opened the chests of birds, removing their raspberry-colored innards and scooping out their brains, it wasn't really such a big deal. In fact, that night during Allis's lecture, when she opened a yellow Indian Ringneck parrot herself, I put the scalpel in my own hand and separated the flesh, outlined in soft, fluffy feathers, from innards. And you know what? It was fun! I wanted to keep going, but it was time for someone else to have a try. I wasn't thinking about death, I was thinking about the present. I wondered if people who become interested in taxidermy simply have a different way of looking at life.

And it's important to note, when it comes to taxidermy, the proper term is 'mount' not 'stuff' because 'stuffing' is actually highly derogatory, probably like the equivalent of saying Ernest Hemingway was just a typist, or that Michael Jordan was a waterboy. This is because back in the day, people literally used to stuff whatever they could find, like sawdust, horsehair, and lawd knows what else into a half-assed sewn up animal skin just so it would have some shape; today, taxidermists will take days, weeks, or even months making sure every feather or hair, every muscle, every whisker is an exact scientific replica of how the specimen looks in real life. So 'mount' is the correct term, friends!

Over the course of the weekend, it was a blast to chat with Allis, drinking sangria, rose, and more rose (on the second day of class, she brings wine for the students so they can relax and feel free to get creative with how they mount their birds), discussing feminism in the taxidermy world, all of her favorite podcasts, our mutual love of Broad City, and how she arrived at taxidermy. I'm happy with the piece as it's published right now, I just always wish I could write about people forever. It's so inspiring to be around people who are passionate about their work, their play, their hobbies, or what have you.

And after the first day of class? Man, was I craving a burger. Nothing will put you in the mood for meat like a day of taxidermy class.

Here are some unpublished pictures from the weekend. I realized while I was editing that I became immune to the sight of bird guts, so tread carefully if you yourself are not yet immune to such sights... 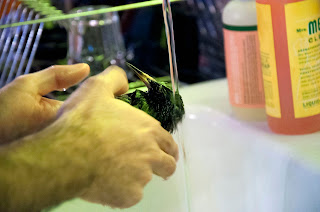 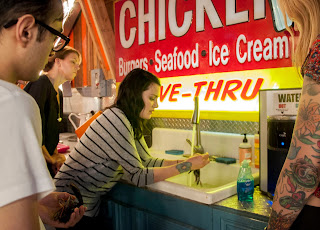 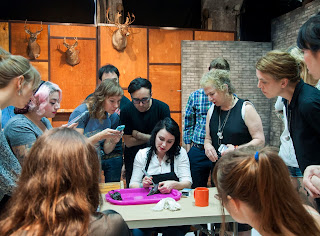 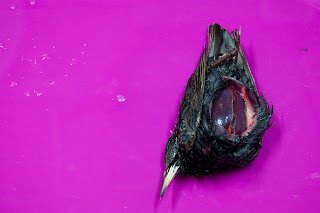 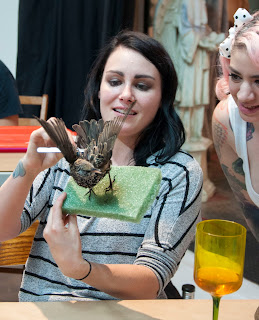 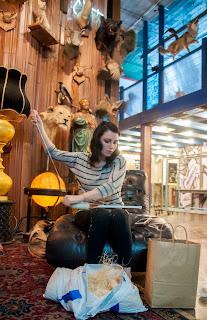 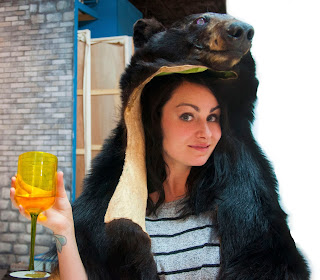 Posted by miss-manhattan at 11:27 AM No comments: