The vibrance of New York often makes me forget the interesting places I've eaten. But I think I just get a little blind sometimes. Here are some things I'm looking back at now that were great, and I just haven't given credit where it's due.

Village Yokocho
Village Yokocho is up a set of ominous-looking stairs inside a glass-doored vestibule that's mysteriously always open and just sort of beckon you from Stuyvesant Street. It's actually the restaurant in which famed cocktail bar Angels' Share resides, but it's also a bustling spot in its own right. Village Yokocho serves Japanese food, not sushi, though you can get some sashimi. HanOre and I strolled in there one night craving some tasty treats, and we were not disappointed. There are pages upon pages of goodies to choose from, in small plates and large. We shared an eel bowl, marinated octopus, salted clams, and beef tongue with bean sprouts and left happy, with our wallets still in tact.

The Pickle Guys
There have been pickle joints on the Lower East Side since time immemorial, and The Pickle Guys is perhaps the most well-known today. SE and I took a brief trip there recently and were greeted by barrels upon barrels of deliciousness, from the traditional (half-sour pickles) to the sublime (pickled pineapple). We ended up with both the traditional and the sublime, and ate them as we walked through the neighborhood. The pineapples were spicy sweet; they made my hands a little sticky, but it was totally worth it.

Fig. 19
Maybe I'm supposed to tell you about Fig. 19, and maybe I'm not. But here goes. It's a cocktail bar in the back of The Lodge Gallery on Chrystie Street. I had been in the gallery so many times, and when HanOre suggested we go, I had no idea she was talking about. We showed our IDs to the bouncer who asked what we were doing there. "We're here for the bar," HanOre said. "What bar?" The bouncer asked. "Fig. 19," I responded, and he nodded and let us in. I had a drink with egg whites, vanilla, cinnamon-infused gin, and some other delicious things I can't remember right now, but it was fantastic. Sometimes speakeasy bars can be gimmicky and awful, but the drinks here were actually good.

Springbone Kitchen
I had heard about Springbone Kitchen a while ago, entranced by its healthy options--cauliflower rice instead of regular rice, zucchini noodles instead of pasta, and countless others. SE and I went one evening and sidled up to their counters, eventually diving into hearty bowls of goodies. I had the Meatballs and "Spaghetti" which was made with those aforementioned noodles and a hearty tomato sauce, and it hit the spot. I left with a cup of vanilla mushroom tea--yes, that's tea made from mushrooms--which was so weird and wonderful, sort of nutty but earthy but very subtly sweet.

Cafe Dada
At the French-Hungarian spot Cafe Dada in Park Slope, AR and I ordered tea. But it was what they call their Immuni Tea, so it was hot water in a tumbler with lemon, mint, honey, fresno chili pepper and fresh lime juice. At the time, I opted for just the lemon, mint, and honey, but it was a soul-warming experience nonetheless. We chatted while a jazz band played, surrounded by the restaurant's dark, wood-paneled bar.

Bang Cookies
Dear Sweet Jesus. These cookies are so good. Thick and soft with huge chunks of chocolate, Bang Cookies are usually baked to order. When I had them, they were being sold at the Coffee and Tea Festival in Brooklyn. I had only the smallest sample of the Sea Salt Chocolate Chunk cookie at the festival and I thought my brain was going to fall out. I stood at their booth saying "Oh My God" for about five minutes. In between breaths, however, I found out the company is based in Jersey City, and every so often will come in for a street fair to sell their wares. I'm hoping to track them down soon, or have some delivered since it's really just that (dangerously) easy.

Chai Mookie
Also at the Coffee and Tea Festival SE and I found ourselves at the Chai Mookie booth sipping cups of chocolate chai tea blended with milk. It was all the great things about chai and hot chocolate but not weird together and not exploding with calories. I had never sipped anything like that in my life, and bought myself a cup after tasting it. SE went for a full bag. It was the perfect antidote for a day of shitty weather and now, months later, I can still taste it.

Posted by miss-manhattan at 5:04 PM No comments:

There are people in this world who, if you don’t like them, there’s something wrong with you. I have met three in my life. One of them is Stephen Chan.
Stephen and I met almost 10 years ago at our university on the first day of his freshman orientation, when I was an orientation counselor. We have not been able to get rid of each other since. Any nice thing I try to write about Stephen will be an understatement, so I don’t know if I should bother trying. I will say he is so kind, hardworking, patient, warm, and genuine he makes me want to be a better human and that will have to do. His fiancé Jesse is a lucky man. When Stephen is not a Product Manager at advertising technology company LiveIntent, he seeks to fill his life with even more creativity. He has recently taken up playwriting, sitting for hours at Caffè Bene in the East Village working on scenes for his playwriting class. He also has a finished play he will soon be revising. We meet at Caffè Bene on a cloudy Saturday, a salute to his favorite place to write. “Do you like kombucha?” he asks me. I’ve only had it once or twice, but I affirm. We sip first pomegranate then ginger versions and talk about the future. Is it supposed to be smelly once you get to the bottom of the glass?We walk down Avenue A to thrift store Buffalo Exchange. Stephen smiles mischievously at a shirt that says “Let’s Get Drunk” and another with a drawing of a bald Britney Spears, the phrase “It’s Britney, Bitch” underneath. Eventually, he makes other selections and heads to the dressing rooms. The first shirt he tries on is a baseball-style shirt with “Boston” printed on it. Stephen was born just outside of the city. The shirt looks good, but it will stay in the store. “I think it’s too butch for me,” he says, amused. He ultimately chooses a pair of white shorts and black shirt that says “This is what a feminist looks like” in white letters. We leave and try to walk down the west side of Avenue A, but are diverted by a closure on St. Marks for the New York Dance Parade. We cross over to the east side of the street by Tompkins Square Park, where the parade empties out, and get lost in a sea of young dancers in aqua sequins and tulle waiting to be picked up by their parents. I make it out first, but Stephen gets stuck and the side-eye he throws me makes me burst into fits of laughter. We finally arrive at bar Amor y Amargo and order some expertly made cocktails. Stephen chooses the Renaissance Man, a drink the menu tells us is “earthy with rhubarb and smoke.” He sips and swoons, pausing to really savor it. We sit and talk even more this time, effortlessly, the way we always have. Follow Stephen on Instagram. 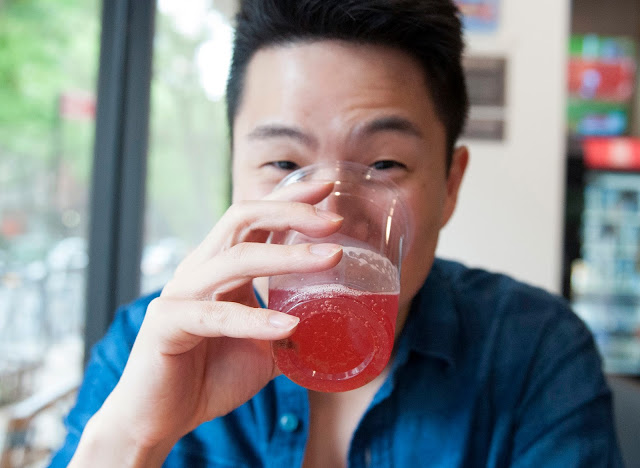 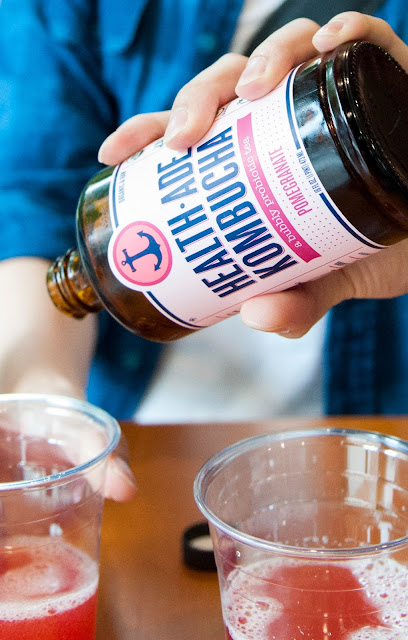 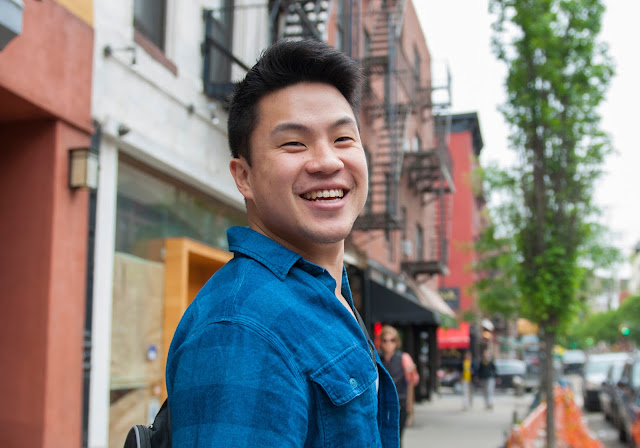 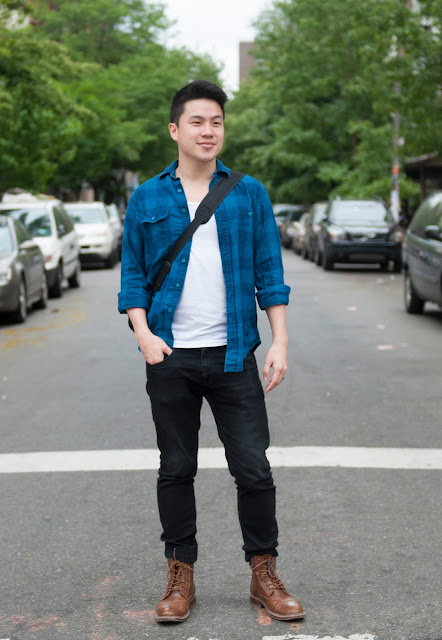 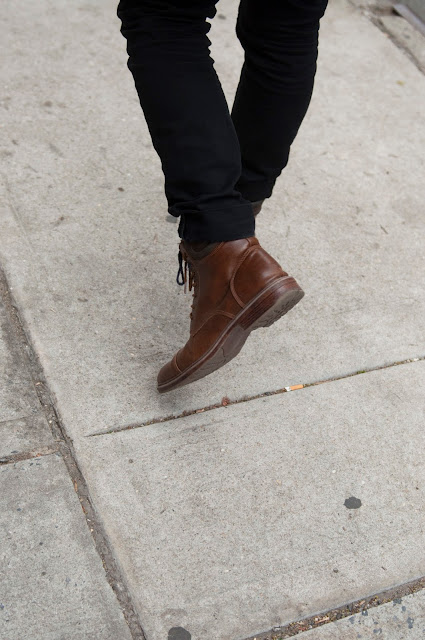 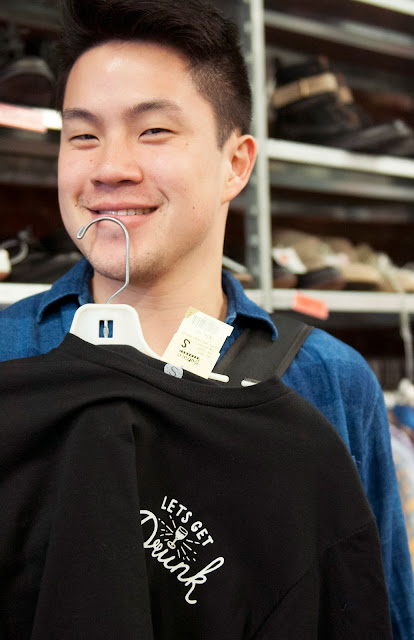 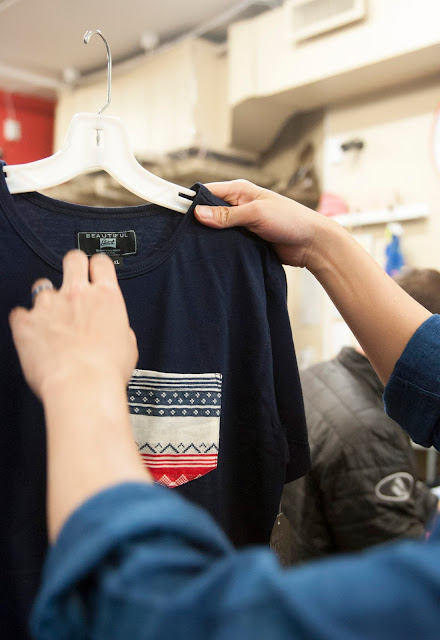 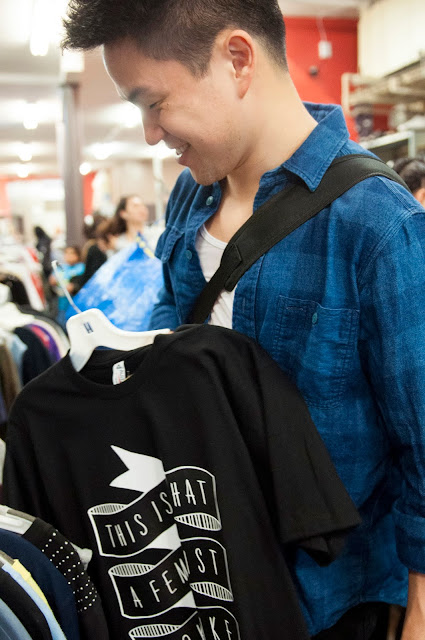 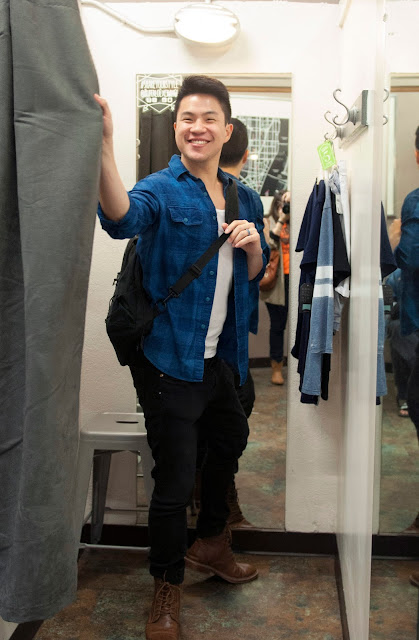 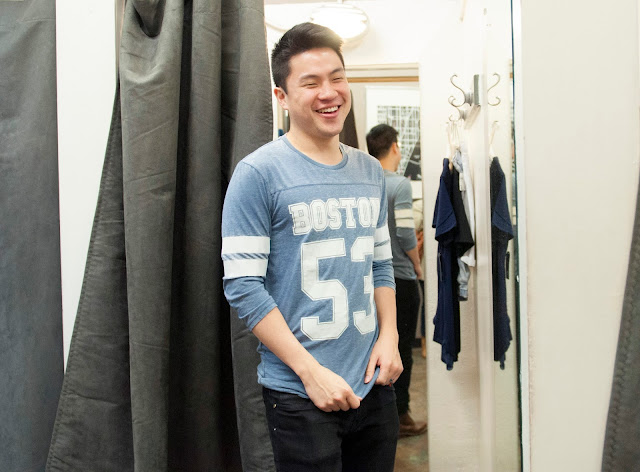 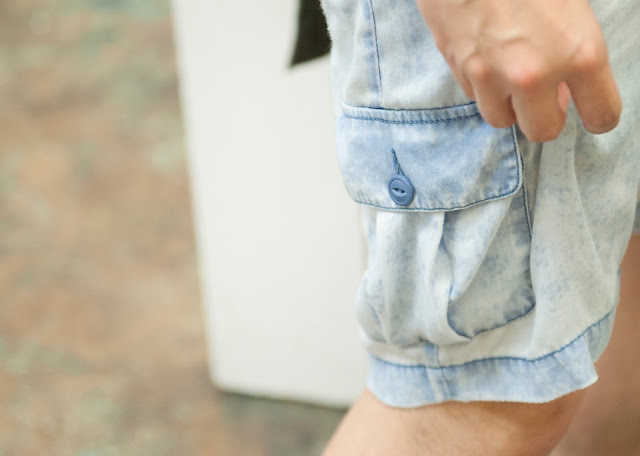 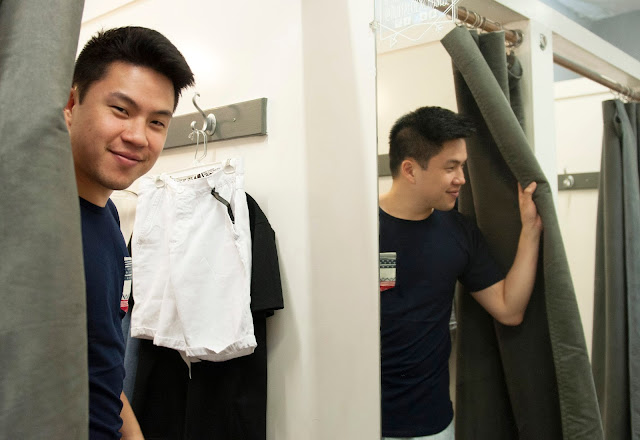 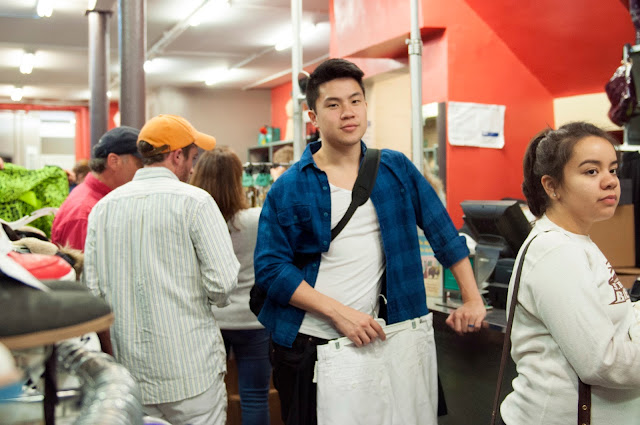 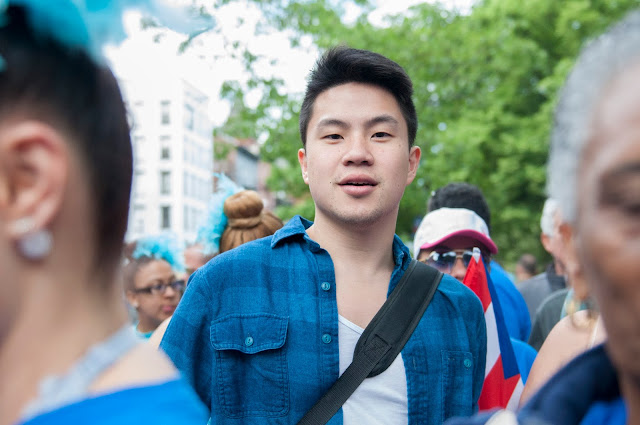 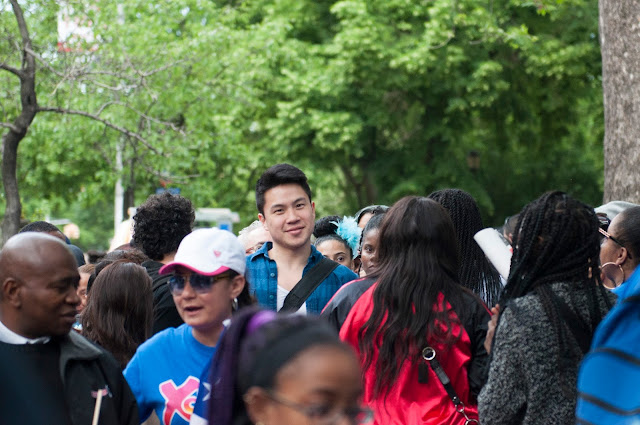 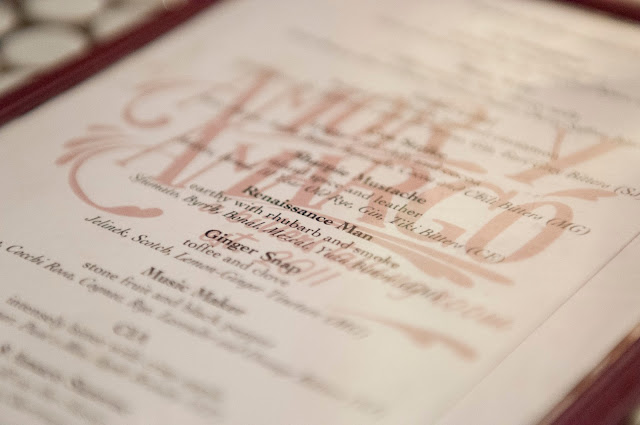 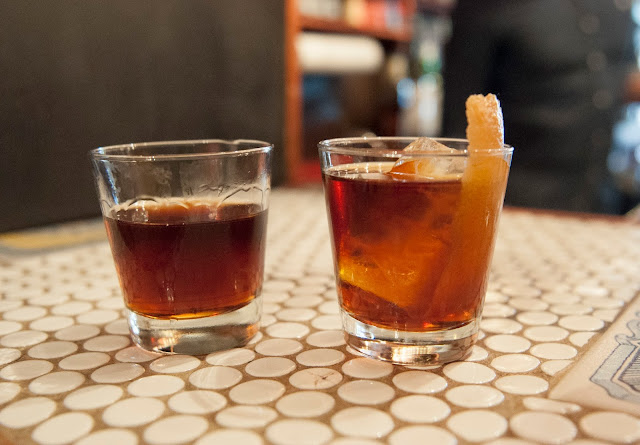 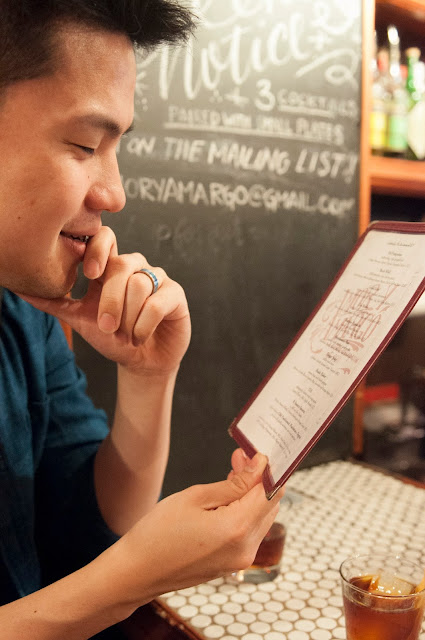 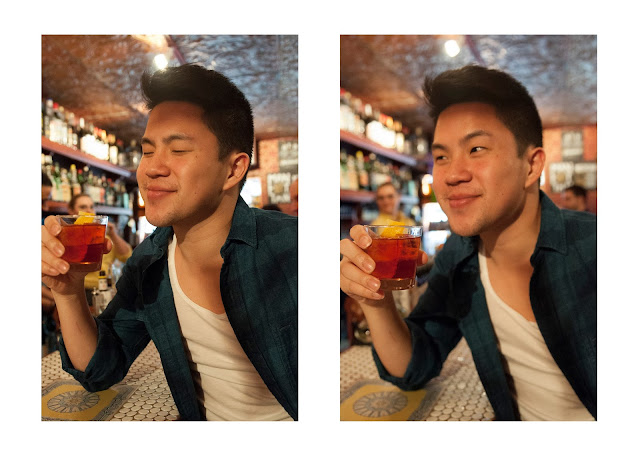 Posted by miss-manhattan at 2:36 PM No comments: