In light of the weather this week, my MMHO plans changed a bit and I improvised.

About five years ago, a four-foot teddy bear arrived at the doorstep of my old apartment.

It was by far not the weirdest thing that had happened to me since moving to New York so I rolled with it. Five years later, Randolph is still here. He doesn’t pay rent, but he’s at least interesting enough that I don’t mind him being a raging freeloader.

Randolph wakes up and looks out the window. “I’m glad at least the sun is out,” he says. “There’s no way I’m leaving the house today.” On Monday it was the coldest it had been in a long time and we decided to pad around inside in our pajamas all day. Randolph usually starts his day with stretches, a downward-facing-bear or two.

“Downward-facing-bear?” he says over my shoulder as I type. “Are you really going to write that? It’s so cheap. Yoga is an ancient spiritual practice, you know.”
“Randolph, you’re a bear. Lighten up a little,” I say.
“Fine,” he says, walking away. “As long as you don’t say some nonsense like ‘bear-listhenics!’” I guiltily delete ‘bear-listhenics’ from the page. How did he know?

After stretching, Randolph reads to get inspired. He is currently in the midst of Gaby Dunn’s Bad with Money. “I love how she incorporates personal details into the text so it’s not just a how-to,” he says. “It’s really quite excellent.”

Motivated, Randolph works on his screenplay. He has been working on it on and off since he moved in, mostly because he doesn’t have a computer of his own and has to use mine.
“Well, you won’t buy me one!” he chatters at me.
“Buy one yourself!” I say. “What does Gaby’s book say about investing?”

His screenplay is a gossipy biopic on the life of Teddy Ruxpin. I’m curious about the niche for such a film. “You don’t think talking bears just exist, do you?” he says, shaking his head at me then resting it against the keyboard.

He ultimately decides to take a break, to watch some television and have a snack. Bizarre Foods and The Best Thing I Ever Ate are his favorite shows, which he watches happily while noshing on Pirate’s Booty. Sometimes he lets me steal from him.

The outside air is somehow making its way into the apartment so Randolph makes tea. We sit on the couch and chat. As pretentious as he can be, Randolph is also a very good listener. That is, until he doesn’t want to listen anymore.

“I’m going to take an epic nap now,” he abruptly says to me as I am mid-sentence. He gets up and crawls into bed. “See you in a few hours! Or maybe a couple of days, I haven’t decided yet.”

You know how bears are with their hibernating. 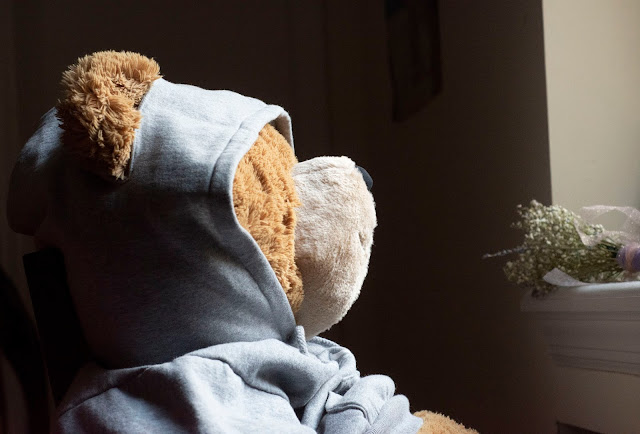 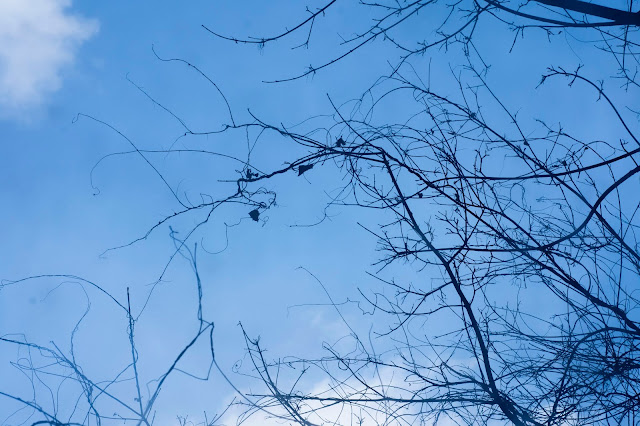 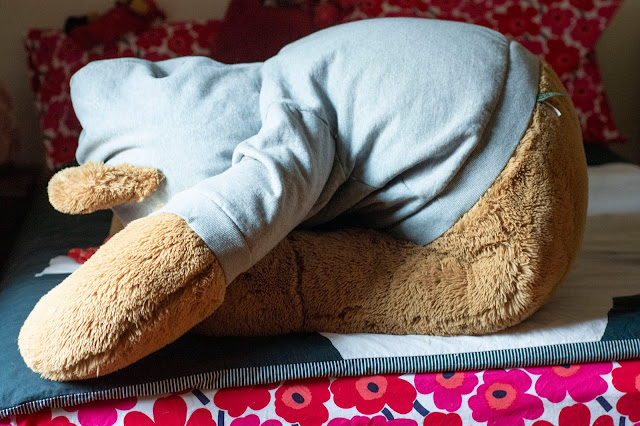 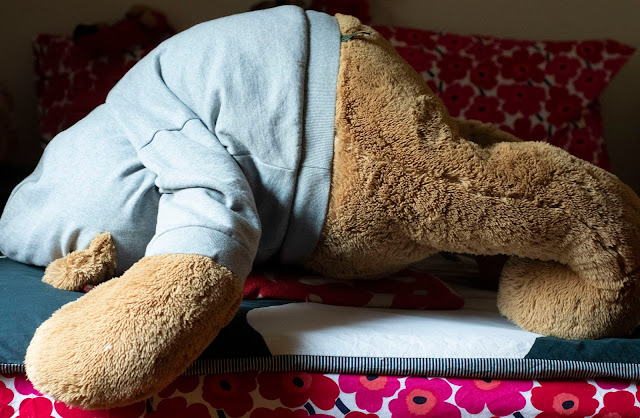 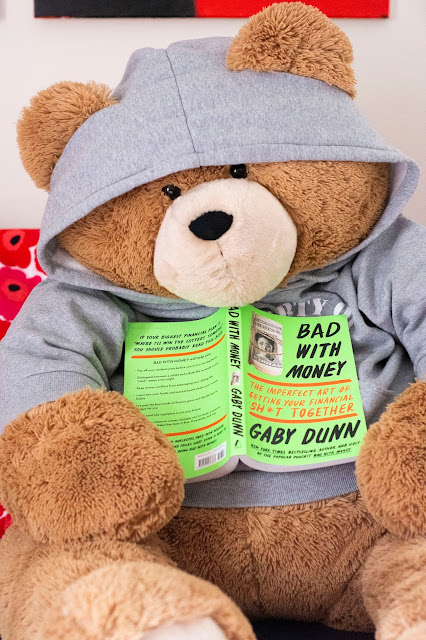 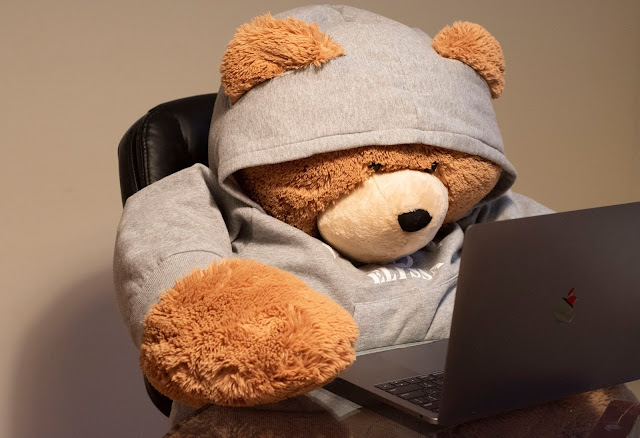 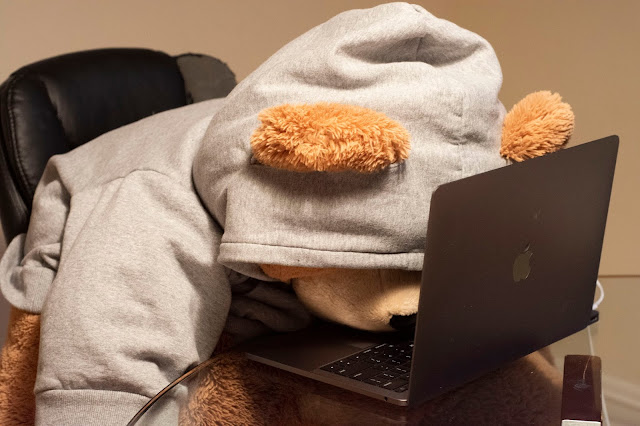 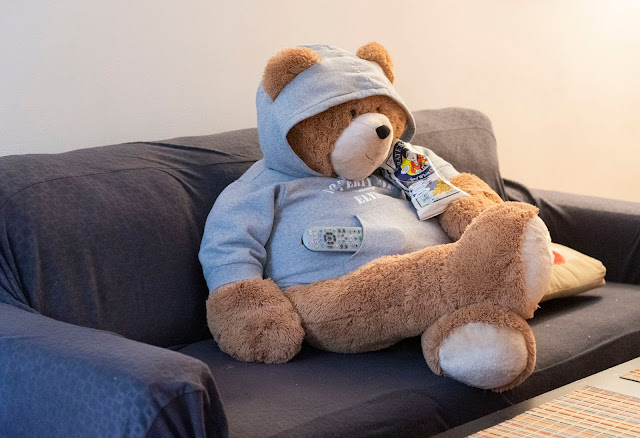 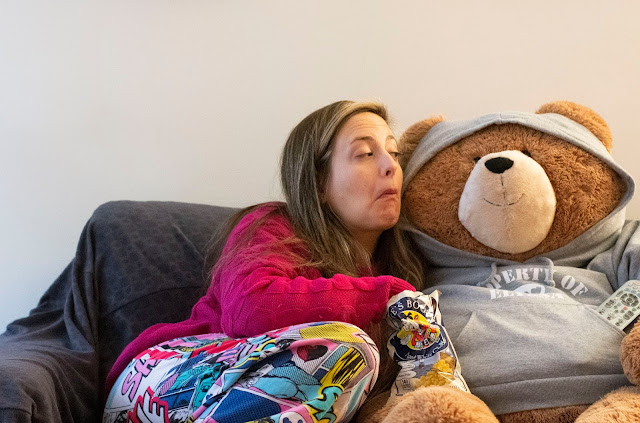 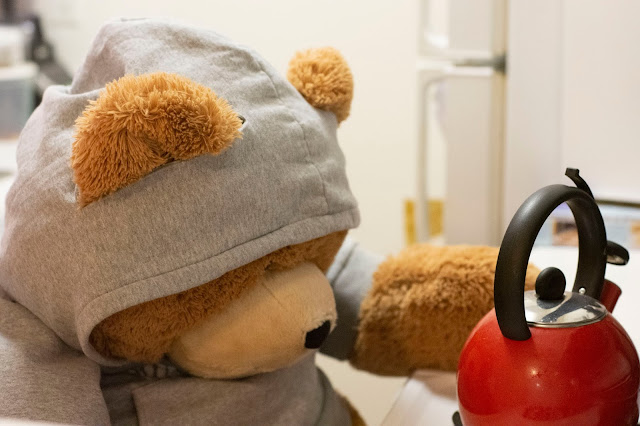 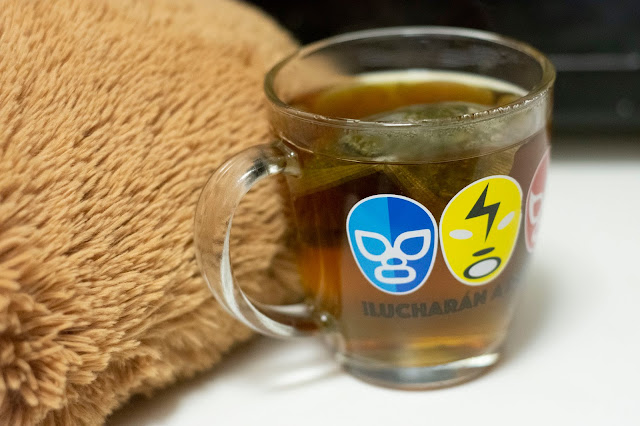 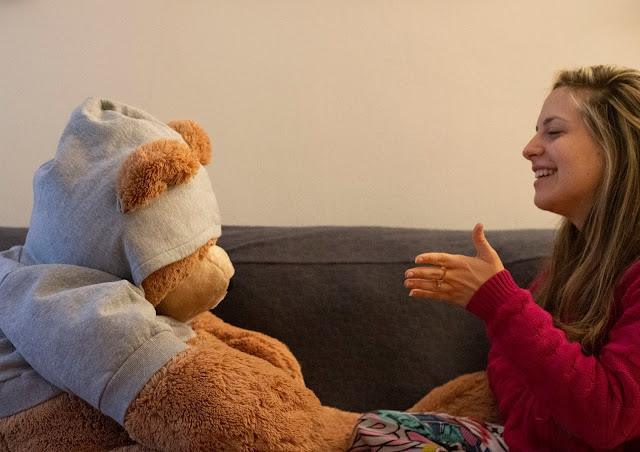 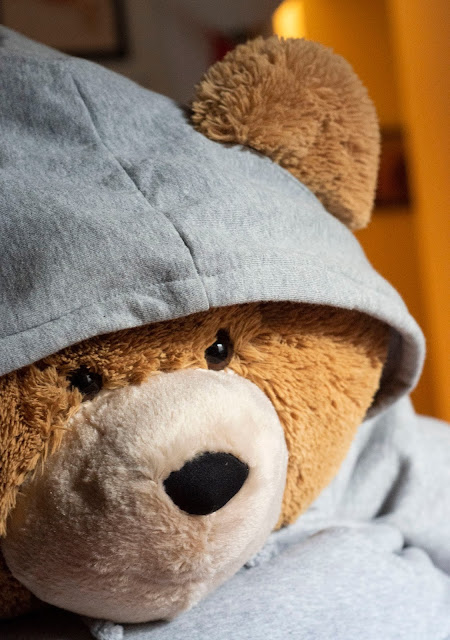 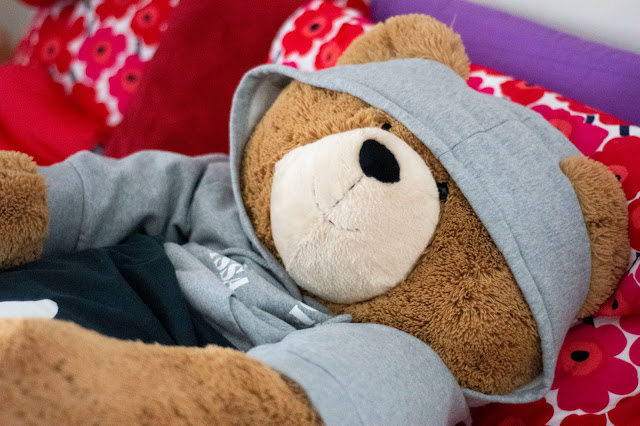 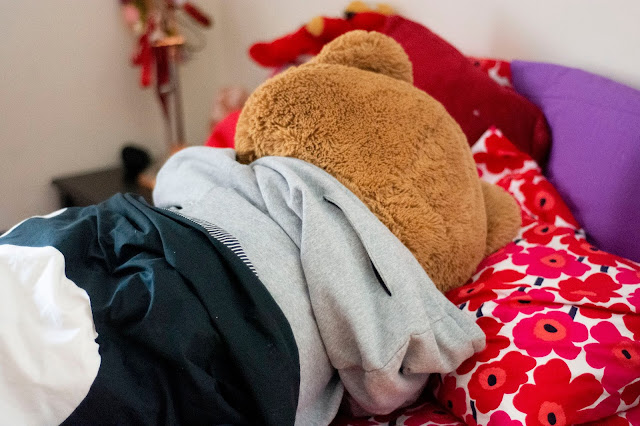 Posted by miss-manhattan at 1:46 PM No comments: