The Pittsburgh Diaries, Part I

This past weekend, my dear friend HanRo got married in Pittsburgh, where she lives and where we went to school (at Carnegie Mellon, I'm not sure if I've mentioned this on here before). The weekend was a gorgeous swirl of friends, tree-lined streets, five-dollar cocktails, porch sitting, hilarious memories and sublime happiness.

Thursday, July 17
I board my very first Amtrak train out of Penn Station. The journey will last about nine hours from New York to Pittsburgh. It is the longest I have ever traveled anywhere by myself (even a flight to England is about 8 hours!). I am a little nervous, and I don't know what to expect. I loathe the bus for long trips, so the train was an easy choice on a budget. Throughout the course of the trip, I see beautifully decaying industrial buildings ("decay porn" as I think it's known), a bunny (!), and bikers and children alike waving enthusiastically at the train as it passes by.

On the train itself I meet a man named Rick who was in Massachusetts visiting his granddaughter. He is eating some excuse for a hamburger that has been warmed up in the microwave and his hands are covered in yellow mustard. He offers me Doritos and he has criscrossed America by rail. He doesn't like to fly because he doesn't want to have to take all his clothes off to get on a plane. As we get closer to Pittsburgh, I see a woman sitting in front of me wearing a Steelers' Polamalu jersey.

TS and AM meet me at the train and I am instantly excited to be back. "YOU GUYS! PITTSBURGH!" I squeal loudly, repeatedly the entire trip home. "HAPPY HanRo's WEDDING WEEKEND!!!" I have not been back in two years, and it is exactly as I remember it. Winding hills dotted with houses, each different than the last. Cars dotted with WRCT bumper stickers (Carnegie Mellon's radio station) and Steelers logos; the big, old brick buildings of the Strip District which once housed factories but now house a variety of funky restaurants and grocery stores; and lastly, Oakland, rife with its college-student friendly restaurants, coffee shops, and bookstores. It's where we spent so many days and nights trekking up and down Forbes Avenue, Fifth Avenue, Centre Avenue, and everywhere in between.

Our first stop after dropping off some things at AM's house is Union Grill. Union Grill was a staple for us in school, mostly because of their $10 bottle of wine special. I order the only thing I have ever ordered there, the Turkey Devonshire: an open faced sandwich laden with turkey, bacon, and, in true Pittsburgh fashion, a pile of endless cheese. My arteries cower in fear, but my tastebuds rejoice. Eating something like this once every two years won't kill me. And besides, even if it did, it would be a lovely way to die.

Next stop, Razzy Fresh. The self-serve frozen yogurt spot was the first I ever knew of its kind, and now similar places are absolutely everywhere. It opened my senior year of college and instantly had  a cult following. If we couldn't think of anything else to do, we'd just go to Razzy. I sprinkle mochi and graham cracker crumbles onto my taro and pineapple frozen yogurt. It's like I'm in college again.

And then, perhaps the best part of the night, we went back to AM's house and we just...sat on the porch. A porch! I could hardly believe it. Imagine, a place attached to your house where you can just sit outside! I tried to treat my fire escape like a porch at my old apartment and my neighbor yelled at me. We sat and we talked for hours. And then? We went inside, and fell asleep in front of the television, then went to bed at a reasonable hour. It was utterly glorious. I mean, who even does things like that, am I right?

Friday, July 18
Today I am meeting one of my professors, the utterly incredible and divine Scott Sandage (if you aren't aware of his work or his awesomeness, please check him out here and buy his book). Scott was my professor for two classes, The Roots of Rock and Roll and American Individualism, but he could teach Quantum Physics and I would sit there with rapt attention, taking in every word.

Much to my joy and amusement, my Carnegie Mellon ID still gets me a free bus ride from campus up to the big ol' hill. Before meeting Scott, I meander around to some of my favorite old haunts: Avalon Exchange, a funky consignment shop that just so happens to be having its famous $1 sale this weekend, where select items are, yes, just a dollar. Then I poke around at Jerry's Records further down the hill, a place where I spent many an afternoon surrounded by hundreds of thousands of musky, dusty old records in hopes of finding something that really struck me.  Eventually I make my way back up to the 61C Cafe to meet Scott. He arrives wearing glasses with bright green lenses and tells me he was just trying to get some settlers across a creek (he is writing a book about race and Nebraska from 1804-1941). Hours fly by as we talk, and soon he has to leave for a Pittsburgh Pirates baseball game. Later he will text me a picture of the stadium from his seats.

I decide to walk all the way from Squirrel Hill to Schenley Plaza, which is approximately two miles, give or take a bit. On the way, I stop at campus, checking out my old haunts in the photography studio and the creative writing center. It's a strangely powerful experience, walking through the halls of the buildings where I learned to be a person. 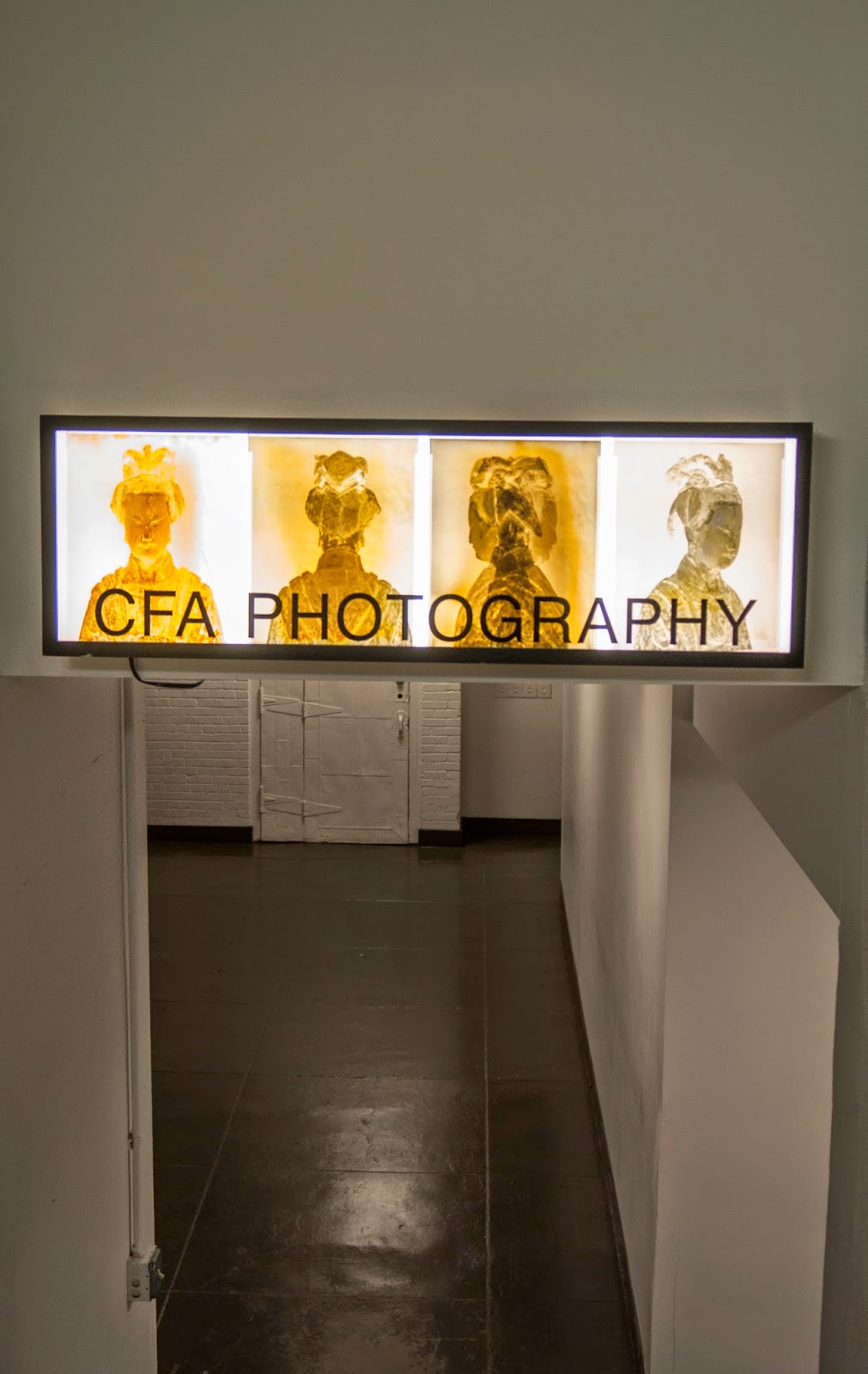 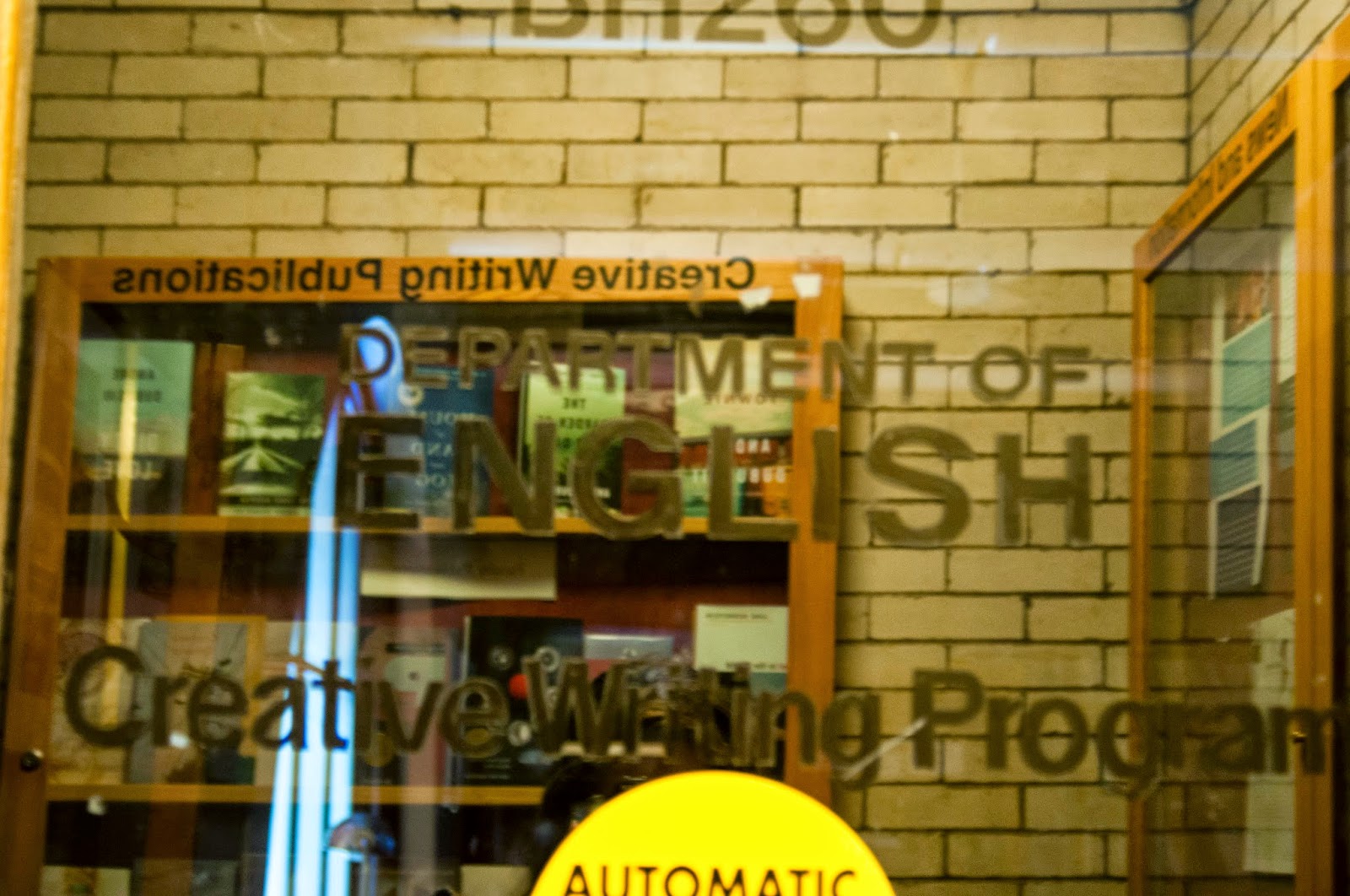 I walk through the back of campus and TS and AM eventually pick me up down near the University of Pittsburgh, just in time for me to take a few pictures of their famed Cathedral of Learning. We go to Lulu's, a Pan-Asian joint that's another of our old haunts, that, for me, has always been consistently mediocre. Still, it's fun to rejoice in its mediocrity and remember the times we used to go there in herds, and they could only seat us in the back where the one long table is. I have a plateful of noodles and a red bean bubble tea and we head home and back to the porch. AM makes sangria with peaches and cherries. She pours it nto our glasses from a pitcher shaped like a chicken (the "chicken spit" pitcher, as it's known), and I play with her orange tabby cat, delightfully named Hobbes. Fireflies sparkle as the night turns from periwinkle to navy to black. Tall trees in front of her house are highlighted only by the orange glow of streetlamps. Light rain begins to fall. The wedding is tomorrow. 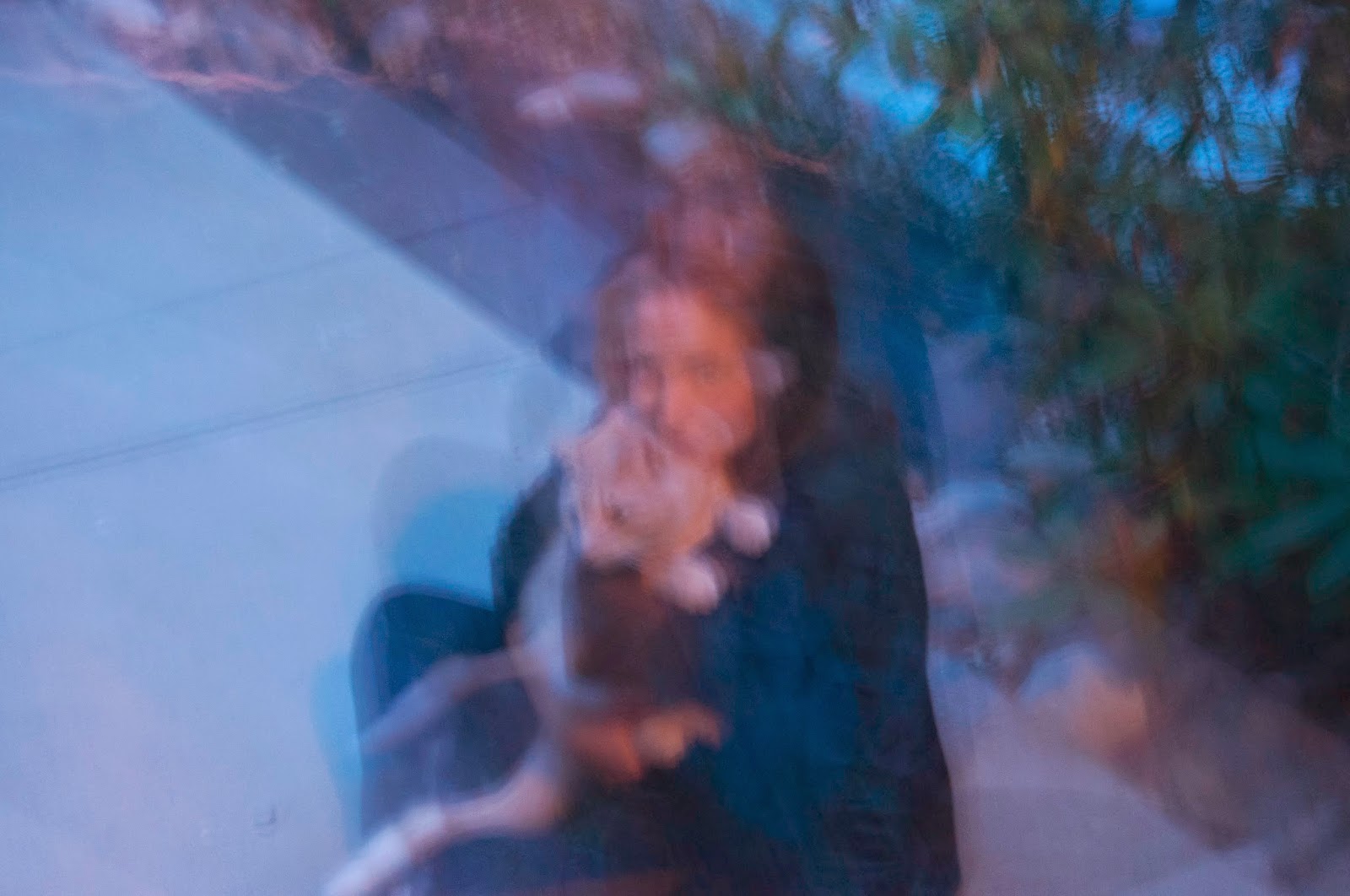 Posted by miss-manhattan at 2:18 AM No comments: