I wouldn't have said that I had little to no feelings about Dolly Parton, but I wouldn't have said she was at the top of my mind like the man standing next to me at Dollypalooza. This gentleman's head was adorned with a trucker hat airbrushed with the curvaceous country singer's figure and a swirl of her signature. He wore a western-style button down embroidered with flowers, and a big silver belt buckle held up his slim-cut jeans stuffed into a pair of black cowboy boots. Was I still in Manhattan?

I was, in fact, and I was in the basement of Le Poisson Rouge on Bleecker Street for Dollypalooza, an annual fan tribute to the blonde bombshell singer/songwriter herself. Intrigued by the lineup that evening of burlesque performers and drag queens--featuring performance legends World Famous *BOB*, Darlinda Just Darlinda, and Sweetie--and the possibility of even more wigs, glitter, rhinestones, and camp than usual at one of these kinds of shows, I decided to go. SJT was my willing companion that evening, and we arrived at the venue tipsy on Georgian wine from Old Tblisi Garden next door. Neither SJT or myself have a particularly Dolly-infused background, but we do love glitter and kitsch, and I think that was the biggest draw for both of us. What would a celebration of the woman who once said with a smile "It takes a lot of money to look this cheap" actually look like?

Coming down the stairs of the venue, we were immediately greeted by an explosion of spangles and sequins on performers milling about in front of the silent auction. To say we figured we were in the right place was perhaps an understatement. But shortly we were hootin' and hollerin' along with a crowd of New Yorkers decked out in their favorite Dolly or Dolly-inspired gear. Wigs and cowboy boots peppered the crowd, as did concert t-shirts from her tour that recently passed through Forest Hills. We sang along and danced to the sounds of Doll Parts, a Dolly Parton tribute band fronted by burlesque performer Corvette Le Face, shimmying to classics like "9 to 5" and "Light of a Clear Blue Morning."

I expected to love the performers I knew, but for whatever reason I didn't expect to come away with a burning desire to listen to Ms. Parton...which I did, incidentally, end up doing for a decent chunk of the day today. As with many of the sparkly icons we celebrate today--be they Stevie Nicks, Cher, Patti LaBelle, or whoever else--Dolly inspires an entire subculture of people, people who would love her enough not just to go see her concert but to go to a fan tribute show where their queen herself would not even be present. It seems like a no-brainer, of course, but as a person whose country music background is light at best, it was both eye-opening and reaffirming. Well, of course, Dolly Parton would inspire a tribute band, would be beloved by burlesque performers and drag queens, would be celebrated in an epic fan evening like Dollypalooza. The woman has 46 Grammy nominations and eight wins, 110 singles that have charted, and is a member of the Country Music Hall of Fame. Not to mention she has her own theme park, for crying out loud. What's not bright, sparkly, and boob tassle-worthy about that?

Take a look below to see some of my shots from the evening. 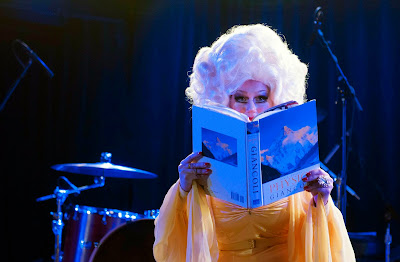 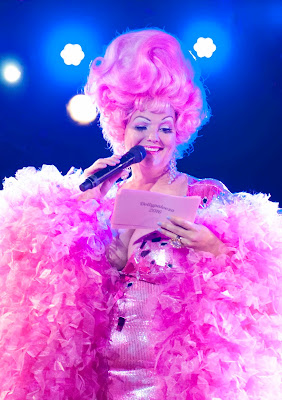 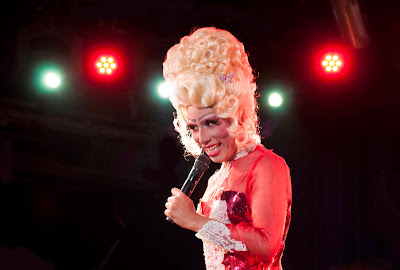 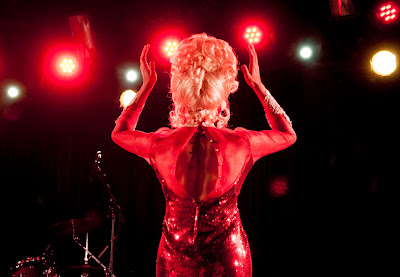 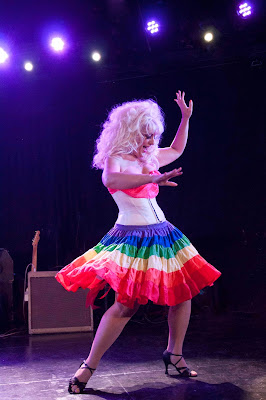 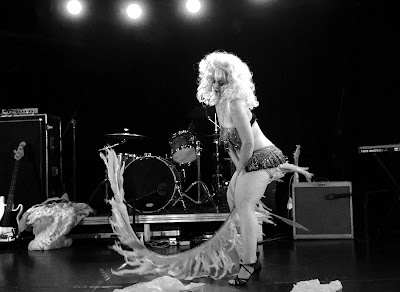 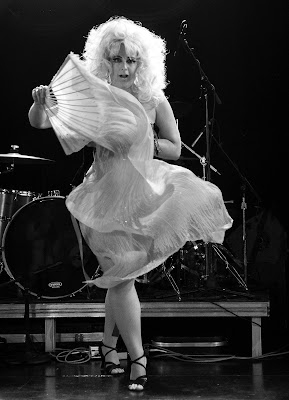 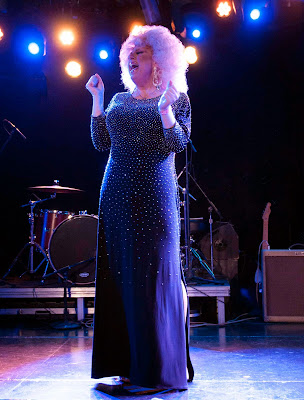 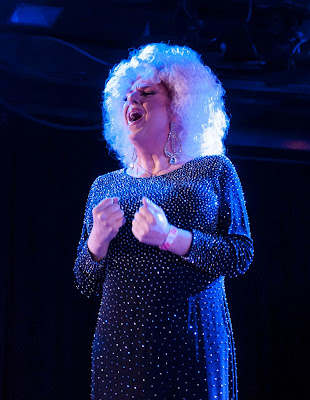 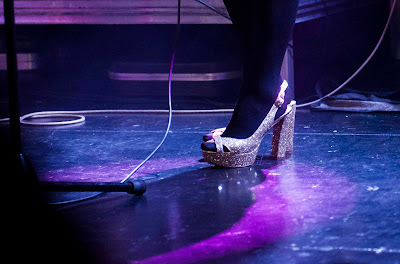 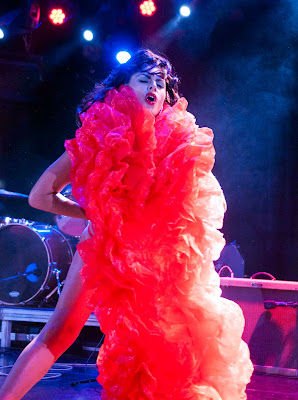 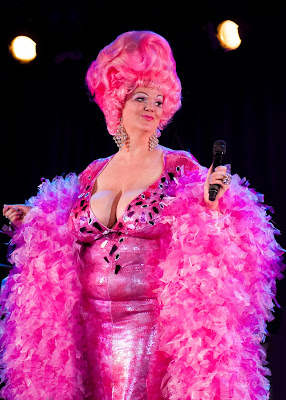 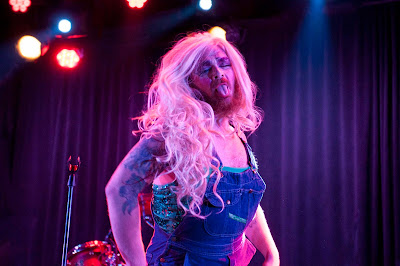 Posted by miss-manhattan at 9:49 PM No comments: