I realize this post is coming a little late in the game, but I was excited to share it with you nonetheless.

This year, the kind fellas at the Empire City Motorcycle Club--a motorcycle club for gay men which last year celebrated its 50th anniversary--asked me if I would be a marshal in the NYC Pride March with them. Having spent a few months getting to know them, writing about and photographing them, I was more than happy to oblige. I planned my outfit a week in advance, then woke up early and got into my parade drag--rainbow eyelashes, a red rose in my hair, lightning bolt earrings and all--and headed down to 41st Street and Madison Avenue where all the bikers would meet up before entering the parade. It was an unusually cloudy and chilly day for the end of June. I wore a bright orange shirt as all marshals are asked to do, handed out ribbons and confetti blasters to the gents for their motorcycles, and walked--and occasionally ran--with them in the parade as it started. As ECMC turned onto 5th Avenue, a whirr of motorcycles roaring in unison, I marveled at the sheer badassery of these leather-bound men on motorcycles, waving giant American flags, pride flags, and equality flags. ECMC was a part of the larger motorcycle contingent, made of the Sirens MC (an all-lesbian motorcycle club) and many other clubs and individual bikers.

When we made our way down 5th Avenue, right in front of the main branch of the New York Public Library, they all honked their horns like crazy to a crowd of excited people waving rainbow flags. That was, I think, the thing that got me most: all of these people on the sidelines celebrating other people simply for who they are. As if to say, who you are is so beautiful, so exciting, I just have to cheer for how amazing and wonderful you are. This made my eyes water in the West 30s as we made our way downtown. It was humid and rainy, but it didn't matter. I was glad I was wearing sneakers so the other marshals and I could run when they got too far away from us and we had to catch up. We passed out water to the bikers and cheered right back at the crowd. During breaks, the bikers smoked cigarettes and some even let me put glitter on their faces--sometimes only one cheek, sometimes both.

I had never walked in a parade of any kind before, save for those Halloween parades around my elementary school as a child. I felt honored to be a part of something bigger than myself, celebrating pride people take in being who they are, and how much they deserve to celebrate it after dealing with far too many years of inequality, judgement and closed-mindedness from others.

Here are is a video (where it gets really shaky is where I'm running...) and a few pictures from the parade. Thank you so much to the ECMC for having me. I wish you 50 more fantastic years. 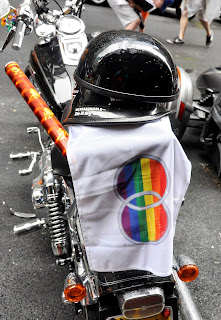 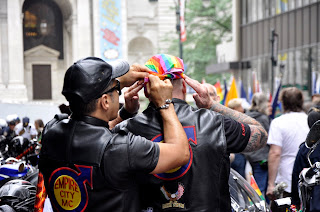 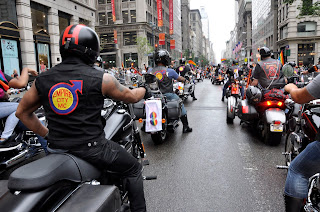 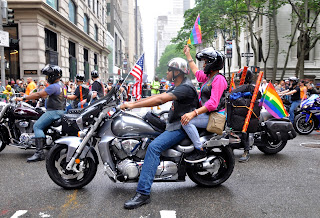 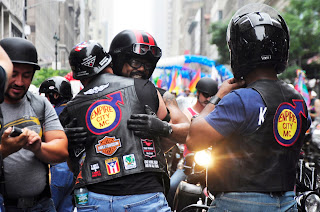 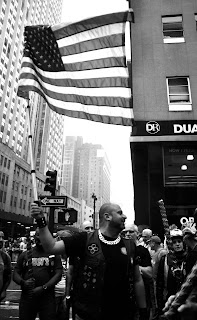 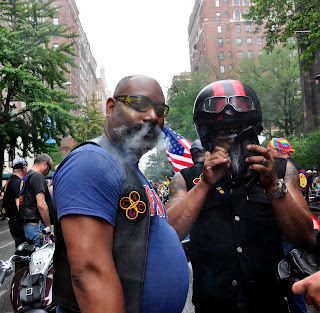 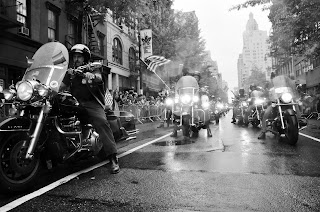 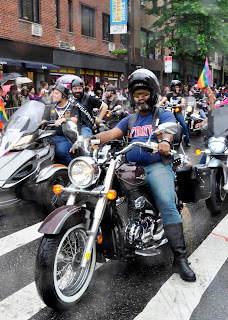 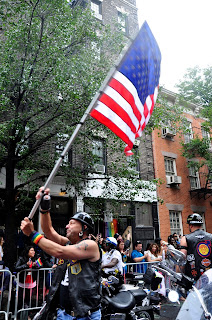 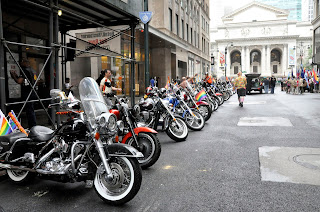 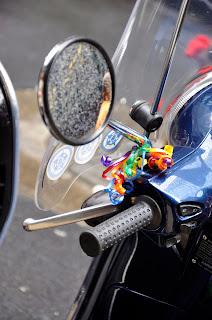 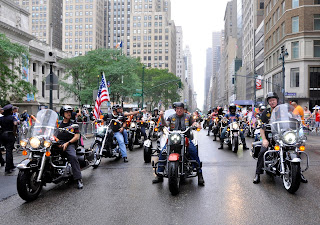 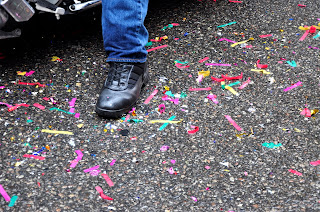 Posted by miss-manhattan at 11:56 AM No comments: