The only place I had found recently that played delicious old soul tunes was the mailing and packing store near my house. Unfortunately, if I showed up there with some girlfriends and we tried to get our dance on in the middle of the store, the owners would probably not be too pleased and customers would be awkwardly shoving past us to get their mail. As appealing as bright white fluorescent lights and bubble wrap are, I was looking for something else. There had to be a club somewhere in New York that played old school soul, funk, and hip-hop, I just hadn't found time to research or investigate it. But last week, into my inbox came the email for the I Love Vinyl party at Le Poisson Rouge.

No, I Love Vinyl isn't some sort of vegan S&M party. It's a crew of DJs who love spinning vinyl so much they dedicated an entire party series to it. Launched in 2009, the DJs have over 100,000 records between them, including 45s and 33s. They play not only old school soul, but "Disco, Dilla, Boogie, Hustle, Hip-Hop, House, Techno, No Wave, New Jack Swing, Dancefloor Jazz, Latin, Funk, Electro, Punk/Funk or Afrobeat." Hot damn. Where do I sign up? Yes please and thank you.

Actually, I had signed up for the party's mailing list ages ago because how could one go wrong dancing to music that's only coming from vinyl? I just never had the opportunity to go until TDS was in town the same weekend a party was going on. My dance club partner in crime, I knew she would be down. So we RSVPd (only $5 admission before 11, baby!) and arrived with AS and got our dance on. I heard Lyn Collins, I heard the Jackson 5, I heard early '90s hip-hop, '70s soul and god knows what else. What's even better is that the drink prices were reasonable and the guys were not creepy! People come to dance, not hump strangers, which is refreshing to say the least. By the end of the night, our feet and our hips were happily exhausted. Where had this party been all my life?

If you're interested in checking it out, it happens "4th Saturdays at the Gallery at LPR (Le Poisson Rouge) and 2nd Saturdays at 70 N. 6th Street in Williamsburg, Brooklyn." Get your soul (or funk or punk or hip-hop) on, son.

My grandmother didn't knit (she grew African violets and miniature roses), so I never really got into the whole 'grandma chic' knitting thing. From what I had seen, lots of girls who look like Zooey Deschanel are really into it, and that's cool for them, but I didn't really know much more about it. TDS had gotten into knitting fairly recently, and on this particular trip to New York set her sights on visiting Purl SoHo, a chic little knitting and craft store in the neighborhood for which it's named. I was glad to take her there (also because I was promised a trip to Topshop afterward), and upon entering was pleasantly surprised by all the bright pops of color twinkling at me throughout the store. Wools and yarns and threads beckoned me, begging me to learn how to knit and join them in all their crafty glory. There were turquoises and fuchsias and navys and sequins and braids and fabrics and lalala color everywhere must look at everything at once and take too many pictures! Also, a woman wrapped yarn into a ball for TDS right there in the store! I don't know if this is standard practice for knitting stores (wool stores? yarn stores? what are they actually called?), but it was so cool to watch. Check out some pictures below! Being there almost made me want to knit. Almost. 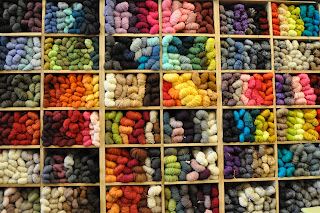 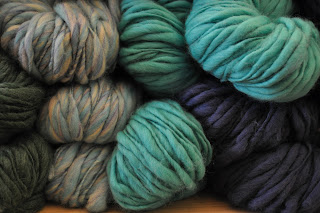 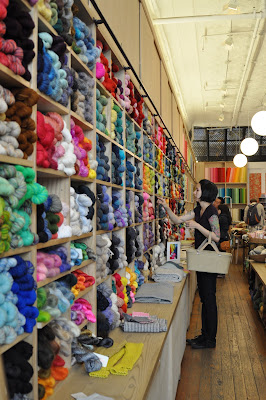 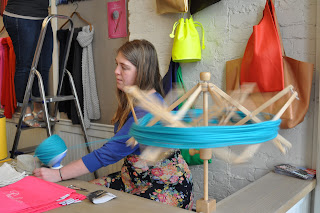 Posted by miss-manhattan at 10:32 PM No comments: