The speaker was a lot lower than I thought it was. I was climbing onto a stage with my camera to photograph a musician and mid-climb, I felt a thump I wasn't supposed to feel. I hit the top of my head on that speaker, since it was hanging in the air. It hurt for a second, but I couldn't concentrate on that because I had to get the shot! I definitely did, but afterward my head was hurting in an unusual way. I was...concerned, but I took some Advil and put ice on my head, and went to bed.

The next morning I was fine, but about 10 minutes to the end of a meeting my vision went a bit twisted and I felt a little dizzy. I ate breakfast and went to a clinic where I found out I had a mild (mild, mild, mild, mild) concussion and whiplash. I was advised rest and more Advil for the next two days. Thank RuPaul it wasn't any worse.

And those days dragged by. New York is wonderful until you feel you're missing out on all of the amazingness that's happening each day. If you're me, your skin begins to itch and your bones begin to ache and you just want to go outside. Or to a gallery. Or to the park. Or to anywhere that's not curled up on your bed watching the third episode of Elementary in a row eating day-old egg drop soup. That's not what New York is for!! you think to yourself. But none of your complaining will make your whiplash go away, or your head stop aching, or any of that jazz. So what do you do?

You get on with your life. You want to go outside? What's stopping you? I left the apartment and that first gust of cold air was invigorating. I wasn't suddenly better, but I felt like the pain in my neck was only, well, a pain in my neck. I went to the corner and got some Italian food. I bought some nail files and some paper towels and a mango juice and went home.

Sometimes you can't listen to what the doctors say.

My roommate had been on a similar house arrest since Wednesday, having been separated from his wisdom teeth that day. Confined to mashed potatoes, soup, and ice cream, he wasn't having too great a time, either.

I woke up this morning and did some work and I said, "Hey SC, do you want to go get some ice cream?" I didn't think he'd want to sit at home eating more of his Breyer's Coffee pint any more than I wanted to watch another episode of Elementary. I mean, they're both great, but that much in a row for three days can get a little ridiculous. He did, in fact, want to leave the confines of what felt like our self-imposed prison and share a super-healthy (haha) sundae with me.

We headed to Serendipity 3, that famed ice cream parlor I've written about on more than one occasion. We split a Strawberry Fields sundae, which included fresh strawberry ice cream with strawberry topping, homemade whipped cream, and a piece of cheesecake. It was the creamiest, most flavorful strawberry ice cream I've ever tasted. The frozen strawberries tickled my tongue. It is easily the best sundae I've ever had. And we sat at the table where two of the characters sit in the actual Serendipity movie with Kate Beckinsale and John Cusack.

Afterward, we took a brief pilgrimage to Bloomingdale's to poke around. SC had never been to either place before, so it felt good to not only get him (and myself) out of the house, but to share something I enjoyed with him.

Bed rest is important, sure, but taking care of yourself also includes allowing yourself to have fun. If it doesn't feel good, you can stop, but there's no reason to say you can't do it if you feel just fine. New York is too big and too wonderful for clouds of self-pity to hang over us. I often think it's the easy way out, too, but it's nowhere near as productive. As my mother says, pick yourself up by your bootstraps. And eat a damn sundae if you feel like it. 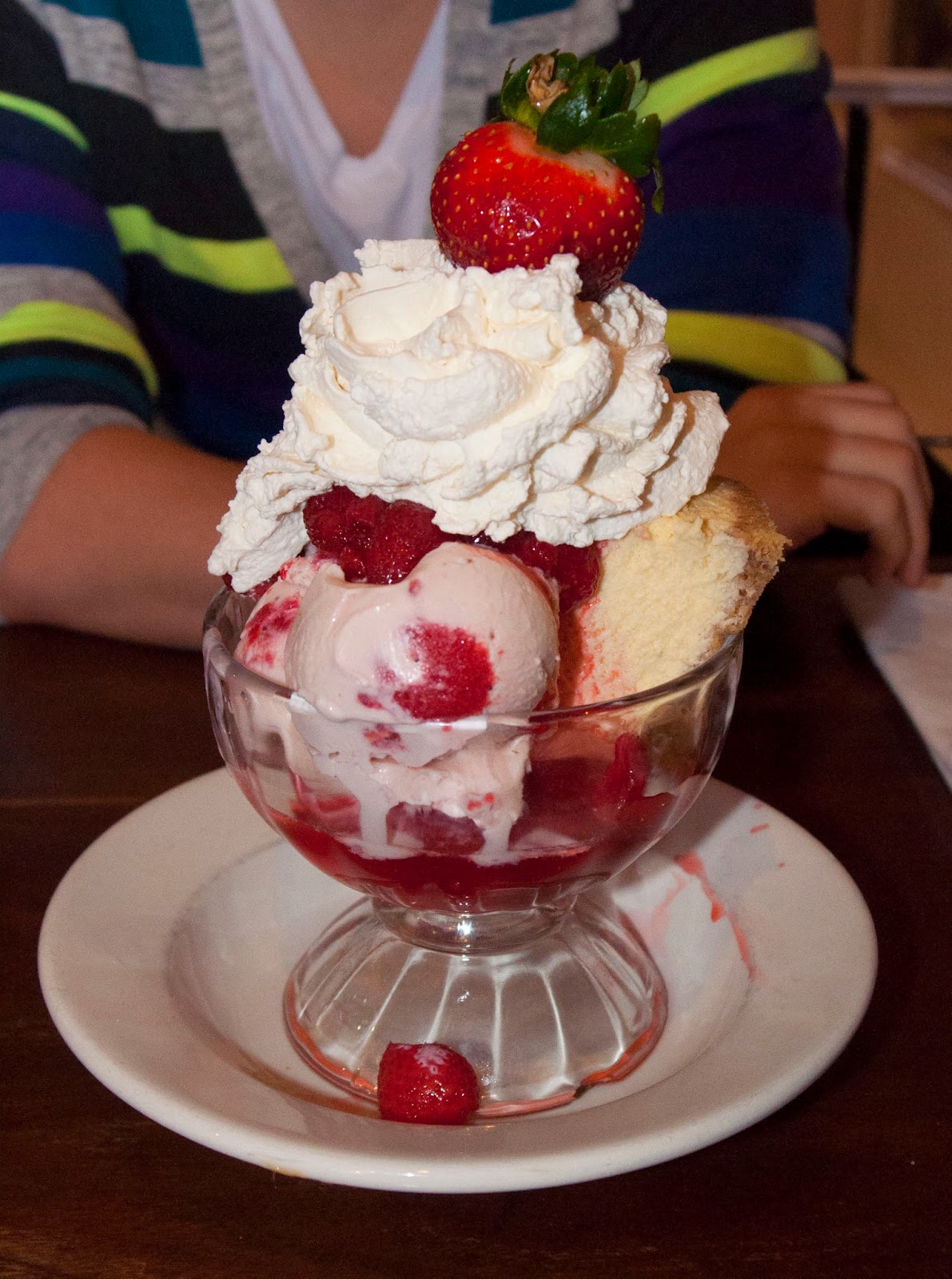 Posted by miss-manhattan at 6:06 PM No comments: