Overlooking the East River, Jane’s Carousel sits, neatly enclosed in a glass pavilion designed by Pritzker Prize-winning architect Jean Nouvel on the edge of Brooklyn Bridge Park. How lucky this Jane is to have a carousel named after her, you might say. Well, if you were restoring a 90-year-old carousel way down to its original paint with an X-acto knife, you’d want your name on it, too. Brooklyn-based artist Jane Walentas and her husband David bought the carousel in 1984 and have just finished restoring it with a team this year. The carousel opened officially in September, but this past weekend when the sky was oh-so blue and the air was crisp, it looked far more beautiful.
Originally made by the Philadelphia Toboggan Company in 1922, the carousel was the first carousel ever entered on the National Register of Historic Places. It is made entirely of wood. Even so, the horses’ manes look genuinely windblown, their feet suspended gracefully mid-gallop. Children sit on the horses with a look of unmovable glee on their faces while parents stand close by, making sure they don’t fall over.
If you’re interested in going yourself, tickets are $2. The carousel is open in the winter from Thursday to Sunday, 11am to 6pm. Check out the photos for more. 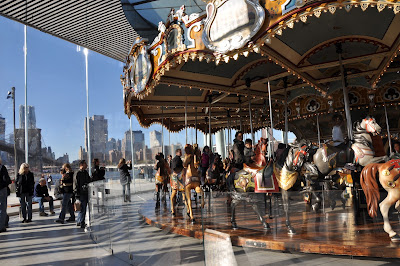 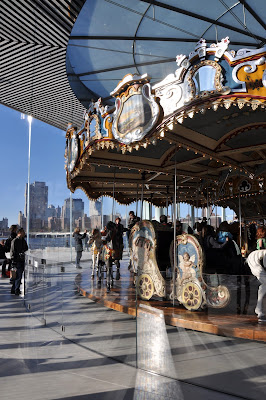 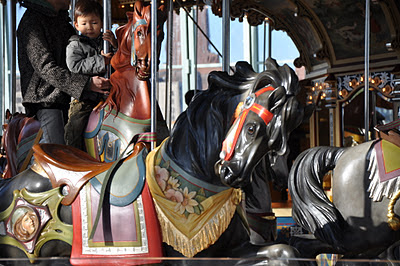 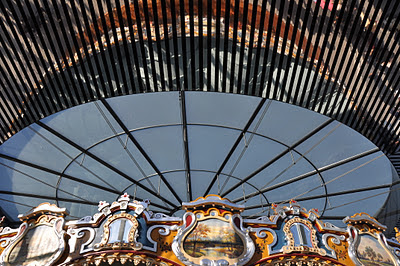 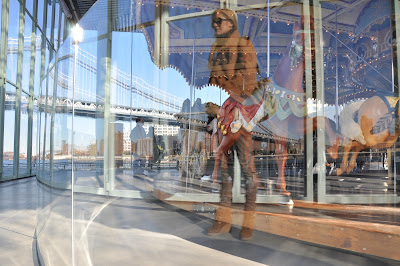 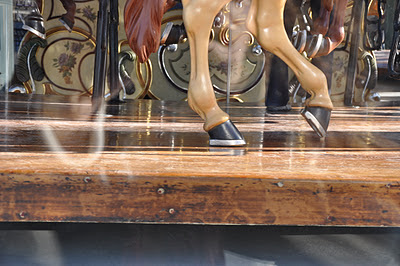 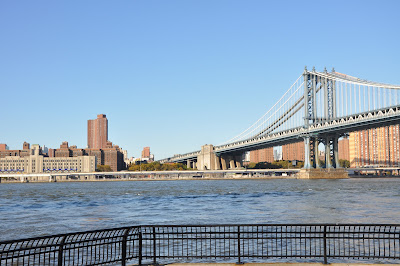 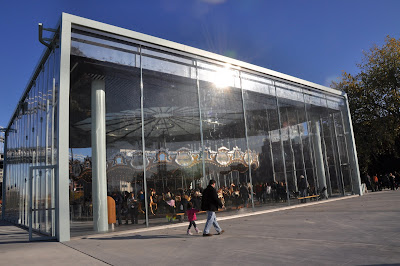 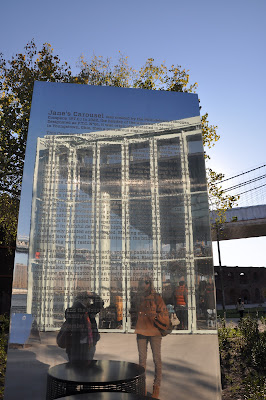 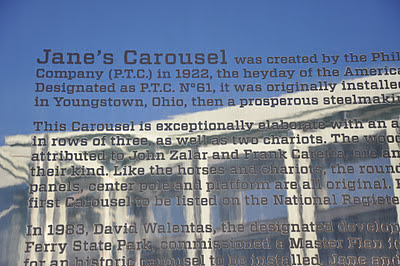 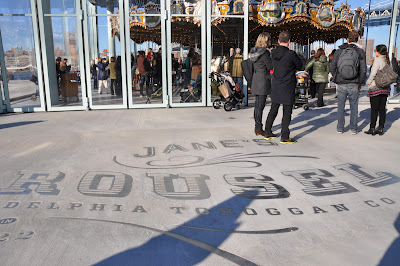 Posted by miss-manhattan at 12:23 AM No comments: