Do a Little Dance

There are only so many places in the world where you can wake up and say to yourself, “Well, I think I’ll go to a dance parade today.” Mostly because the New York Dance Parade is the only parade worldwide that exclusively celebrates dance in all of its diverse forms.
On a steamy Saturday this past weekend, over 9,000 dancers wound their way from 21st Street and Broadway all the way down St. Mark’s Place to Avenue A, all in the name of dance. Bellydancers bumped their hips, couples tangoed tightly, modern dancers kicked their faces with long, lithe limbs, A high school marching band stepped in time with attitude and a troupe of soul-skating divas made figure-eights on the asphalt.
Now in its fifth year, the New York Dance Parade is dedicated to honoring the roots of various dance styles from all over the world. It functions as a history of dance, beginning with the earliest forms from places like Africa and Japan, and ending with the explosion of techno and rave dance culture.
People of all ages participate in the parade. There are proud, bellydancing older women with sagging breasts and stomachs in lush, purple costumes fringed with gold coins; young men breakdancing in white linen pants; young women with their hair tied up in knots, swinging legs to impossible heights; and mustachioed older men in neon green hot pants and bright pink flamingo hats. Dancing down the street in whatever their form may be, they exude the energy, happiness and confidence one feels when getting dressed for prom. This dance, this ensemble, this choreography is all a part of who they are. The dance parade ends up not being just a celebration of dance, but a celebration of the self, of creative expression and movement. It is a delight to simply watch people having such a great time.
After making its way down St. Mark’s Place, the parade emptied out into Tompkins Square Park, where the dance party continued with a conglomeration of dance studio booths and vendors, dance performances, DJs and leftover drummers from the samba portion of the parade. Ravers swung their bodies about to the music as if on some invisible trapeze while b-boys tutted sharply and even ballerinas cut loose, all together in a massive herd around the DJ. Arms flailed, fists pumped, hips shook in the delight of a warm, sunny day in the park with pulsing beats from tall speakers.
When a person dances, a fire starts inside of them. Knowing this, it’s easy to understand that the New York Dance Parade is not just a celebration of dance, but a celebration of that fire, that mystical, powerful heat that fuels creative expression and—especially after watching people from all different walks of life dance together in the park—unity.
Here are some photos from the day: 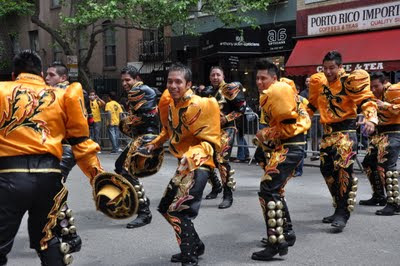 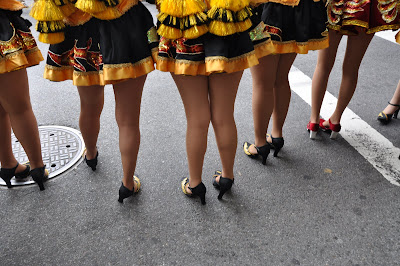 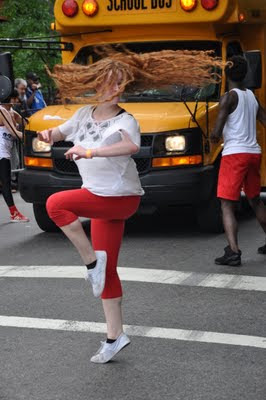 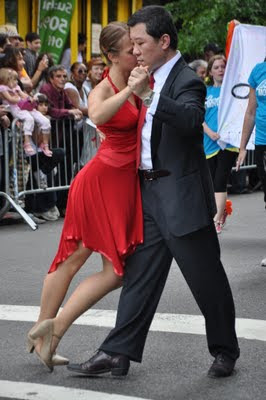 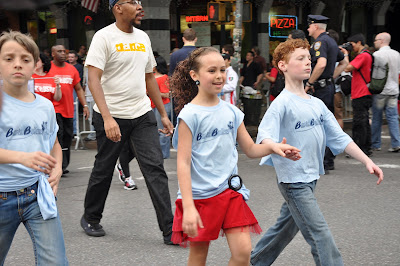 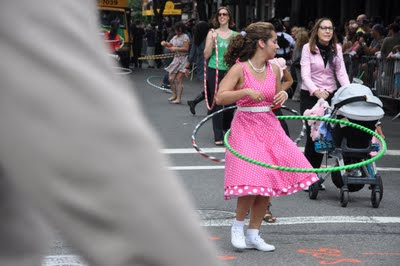 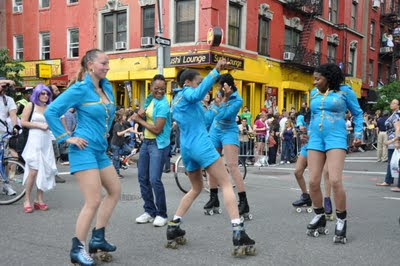 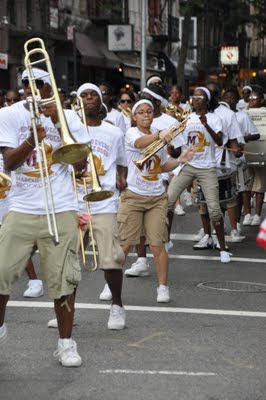 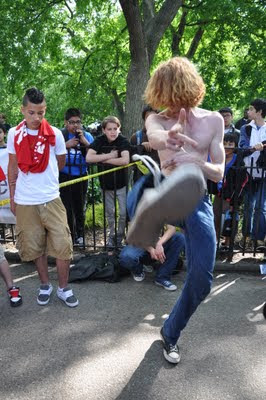 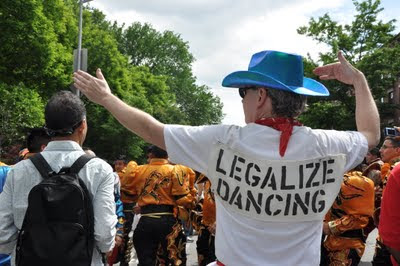 Posted by miss-manhattan at 6:34 PM No comments: