How interesting that on the first night of Hanukkah I would do a post about Christmas lights, but we are what we are.

I hadn't even heard of Dyker Heights when AR brought it up in conversation a few weeks ago. Apparently, he said, there are Christmas light decorations in this Brooklyn neighborhood that are totally bananas, like devastate-your-electric-bill levels of bananas, and I was all for it. When are we going?

On Sunday night, we made an evening of it, stopping first for wildly delicious (and inexpensive) Chinese food at Hand Pull Noodle and Dumpling House in Bensonhurst, then a cannoli at bakery Villabate Alba not far away. While gazing at the marzipan Christmas scenes in the bakery window, a woman from the area started chatting with us about how good the cannolis were there, how gorgeous the cakes were, and how she used to go to the Italian discos in the area during the 1970s--they always had the best music, she said, because they were run by the mob.

Our cannolis wrapped up tight in a white cardboard box tied with white string, we made our way to Dyker Heights, about a 20-minute walk away from both our location and any subway. Once there, we decided, we would eat them in celebration of having arrived. It was in the mid-low 30s that night, and when we got to the first house we sat on a short stone wall to dig into the pastries. I took off my gloves to eat the cannoli, it was so deliciously creamy and crunchy I forgot about the temperature of my hands completely.

The Christmas lights, a joyous/horrific/hilarious love letter to American splendor/excess and capitalism, did not disappoint either. Ridiculous McMansions ran throughout the neighborhood with opulent to the point of tacky staircases and statues--we saw several lions, tigers, and Venus de Milos--and almost all of them were covered, often roof to yard, in lights. Blue, green, white, red, you name it. One house had its own Parthenon (year-round, I might add) that featured an enormous animatronic Santa. Another was covered in zooming, flashing neon lights; another was dotted with giant nutcrackers. With all the jolly faces and sparkling lights, it felt equal parts like being in a candy-covered fantasyland and dystopian, David Lynchian nightmare. And either way, it was endlessly amusing and we had an amazing time. Check out some photos below. 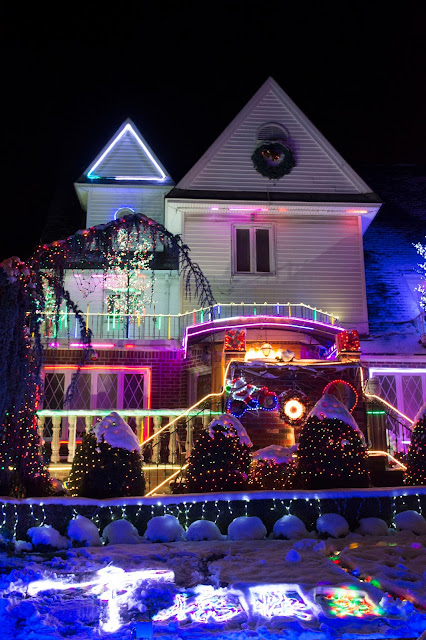 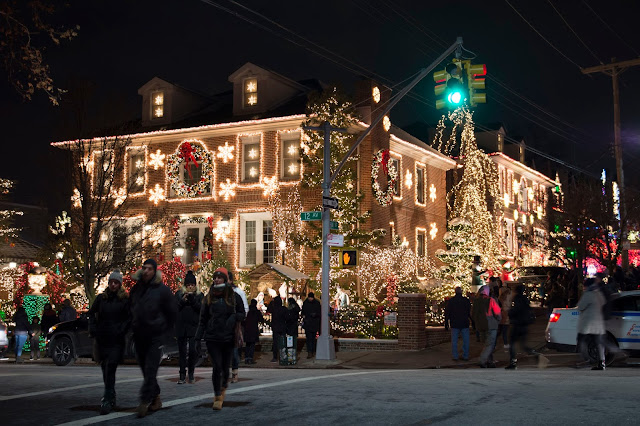 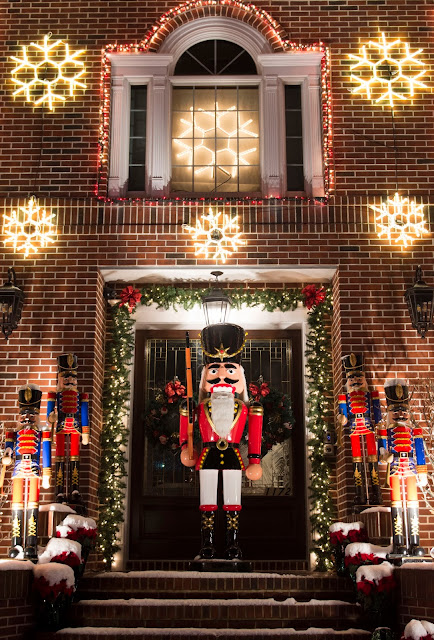 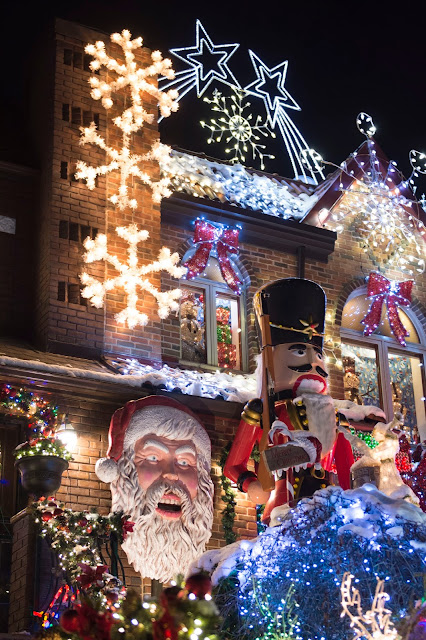 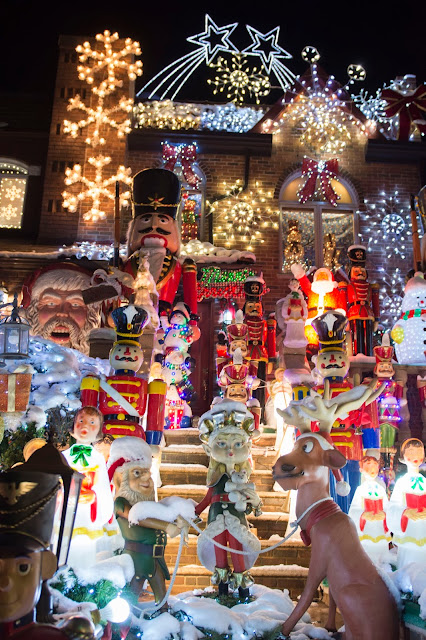 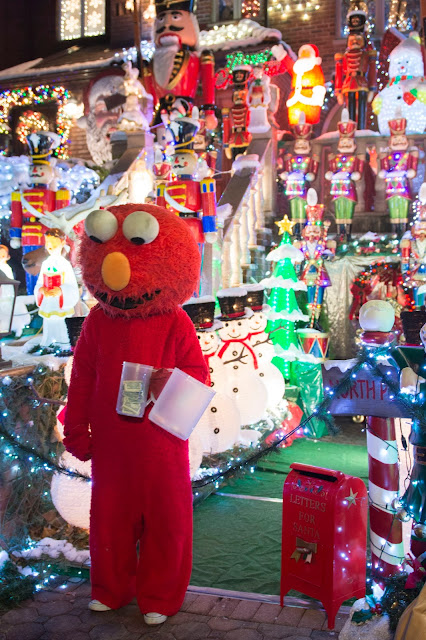 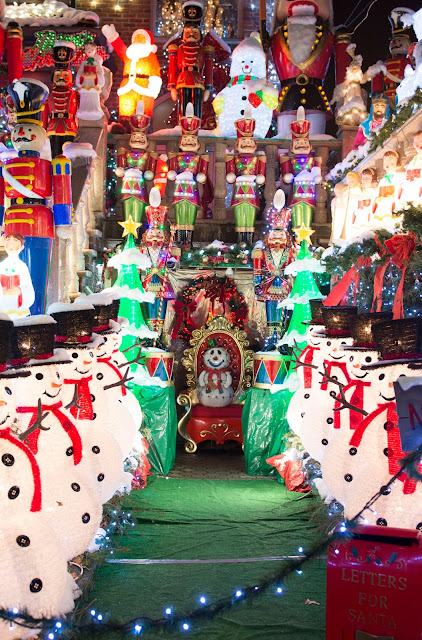 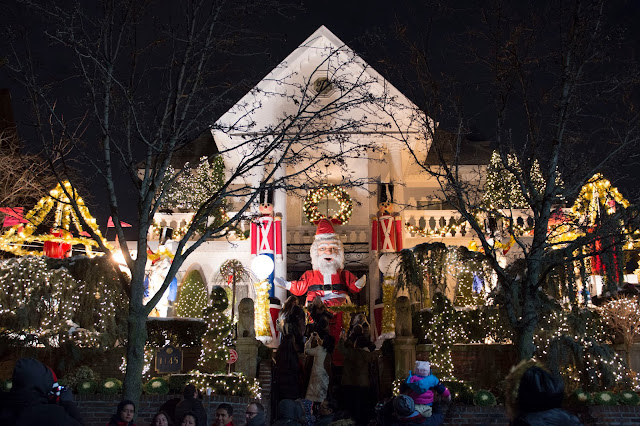 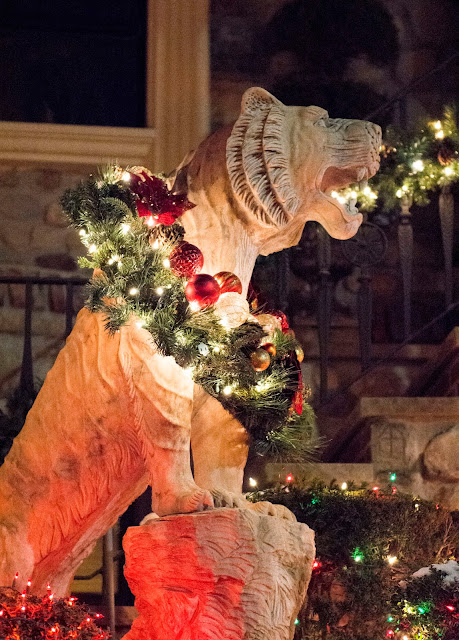 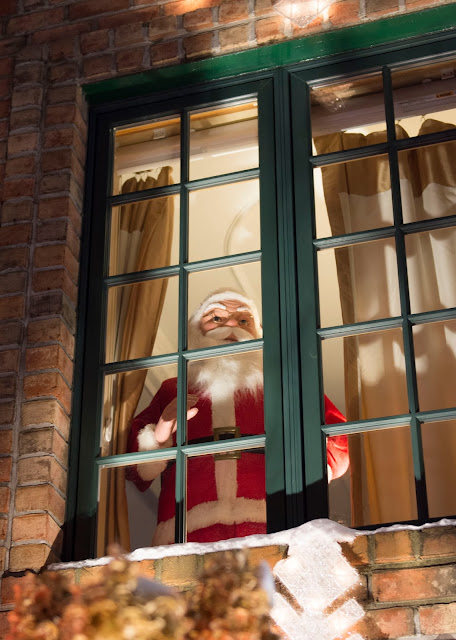 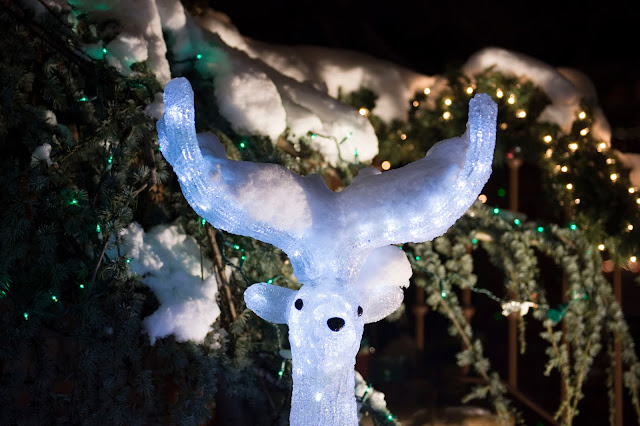 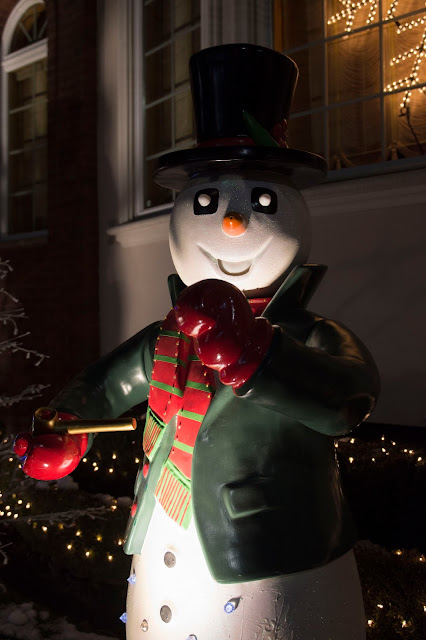 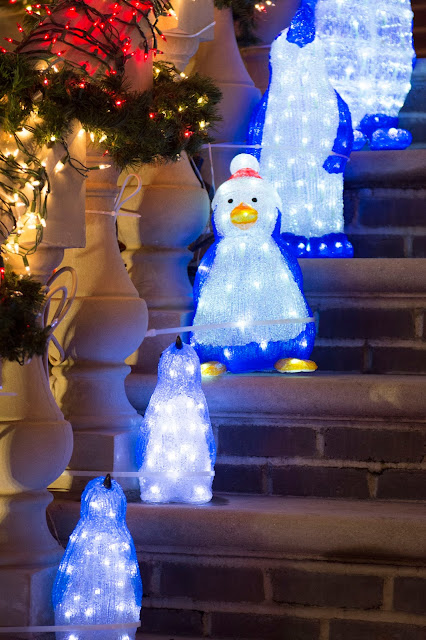 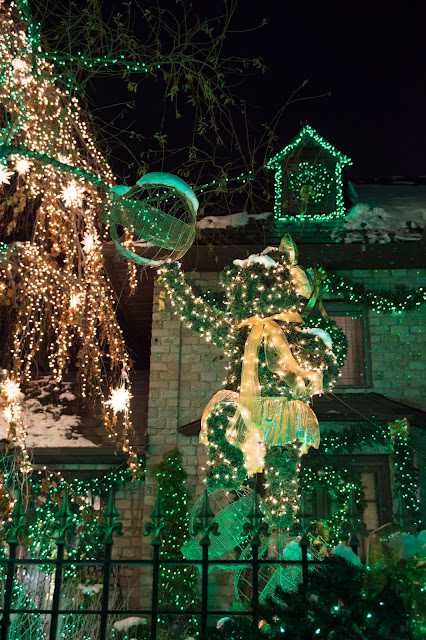 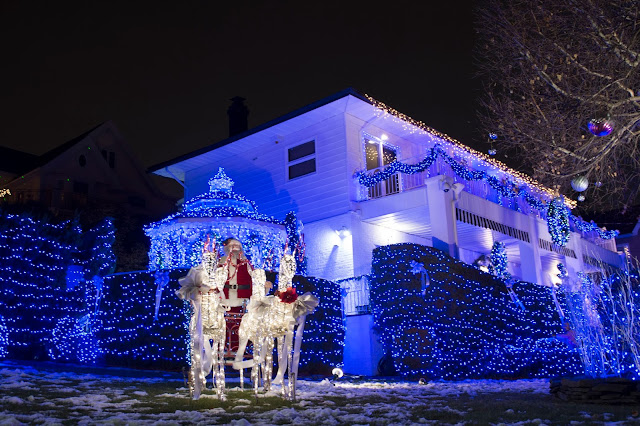 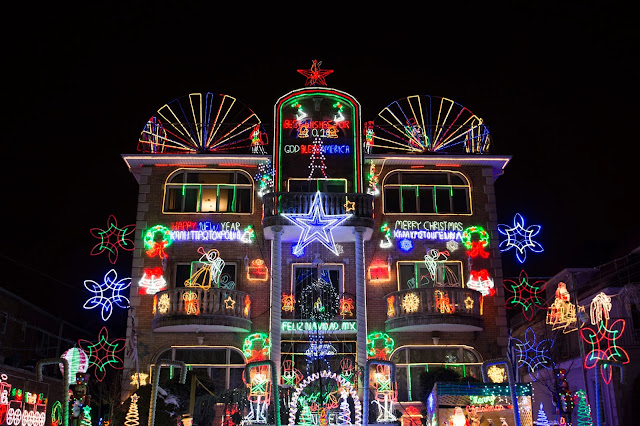 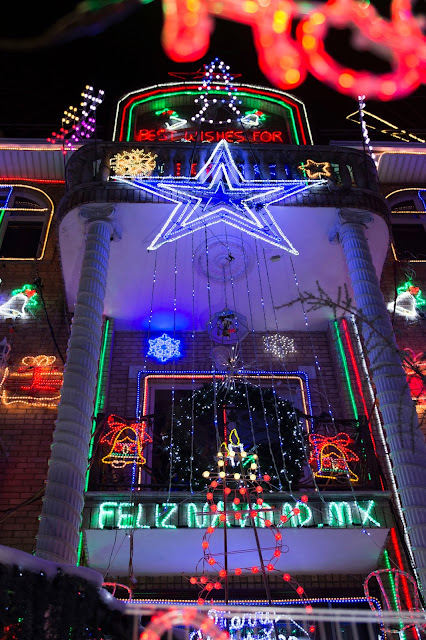 Posted by miss-manhattan at 8:26 PM