Erin started at Brick Shop at the behest of a friend a few years ago, and in the last year and a half it’s become her primary occupation. She reads a lot of erotica written by moms in Utah, she laughs, as well as others that are so good they may be written under pseudonyms of writers of fine repute. Some are great, some are not, and some are great because they’re not. There are tales of hockey players with inner turmoil and the female protagonist is the only one who can save them; there are others with mob bosses or varying levels of BDSM. She reads it all under a pseudonym--she would like it to remain private here; on the Facebook page for it, though, the profile photo is a black and white photo of a woman holding two bright red cherries in her mouth. The page has fans across the country, with suburban moms and truck drivers reaching out to say she makes them feel a little less alone. She’s happy to be an erotic audiobook narrator especially if she can do that, she says. She has authors reaching out to her specifically, who are so excited to have [her pseudonym] read their book; one even named a character after her actual name in their text.

Today, I’m allowed to photograph her briefly as she reads aloud from a recent text in one of Brick Shop’s sound booths. “His gaze wavers slightly with emotion, and then he leans closer and devours my mouth in a kiss so consuming I’m left breathless,” she reads in a quiet, all-knowing purr. I giggle quietly.

Later, Erin and I head to her happy place--Bed, Bath, and Beyond--to get a humidifier. A man helps us who knows more than I thought it was possible to know about humidifiers and soon we’re off. We stop at Greenwood Park, a bar where Erin used to work and where she currently does the chalkboard art, for lunch and afternoon libations. Her purr as [pseudonym] fades away, but there are still traces of her sense of amusement and mystery in Erin’s smile as she sips a glass of wine.
Follow Erin on her personal Instagram and as Brooklyn Chalk. 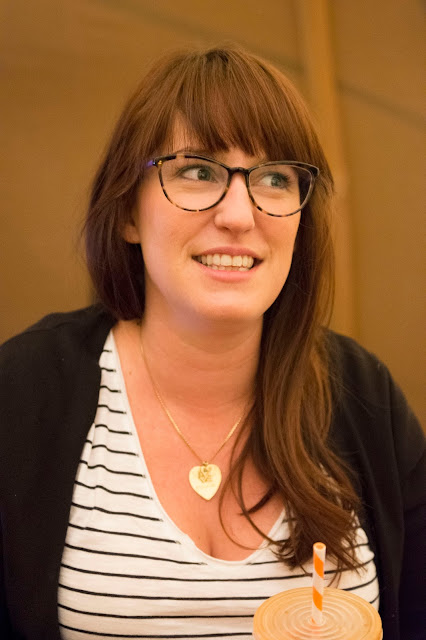 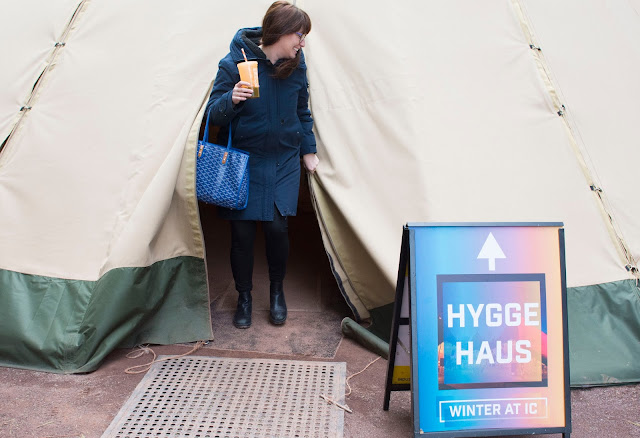 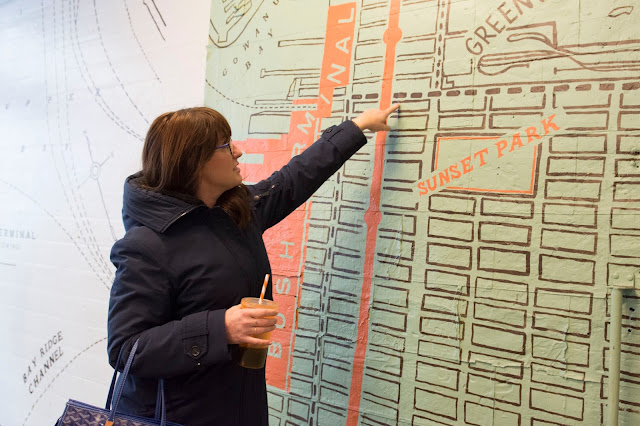 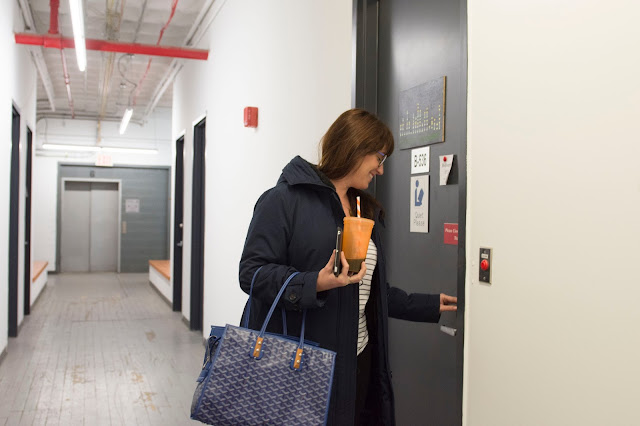 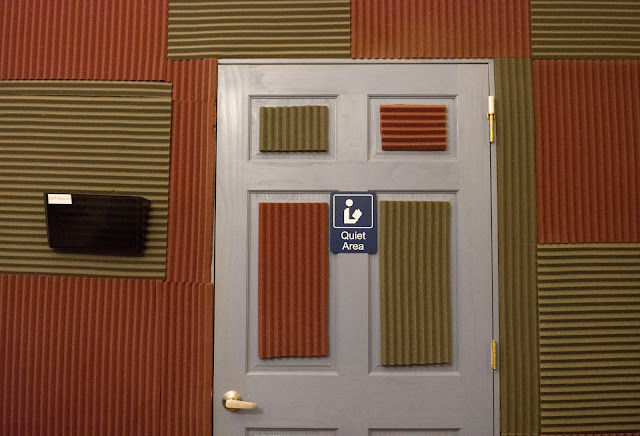 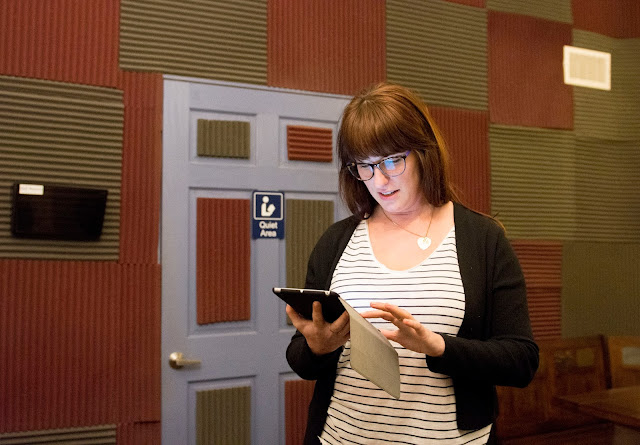 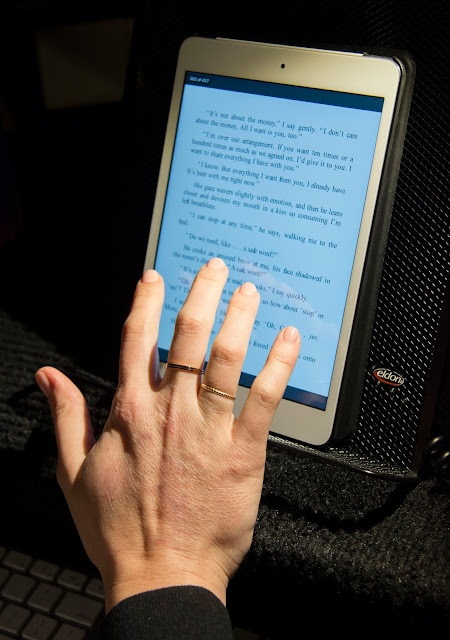 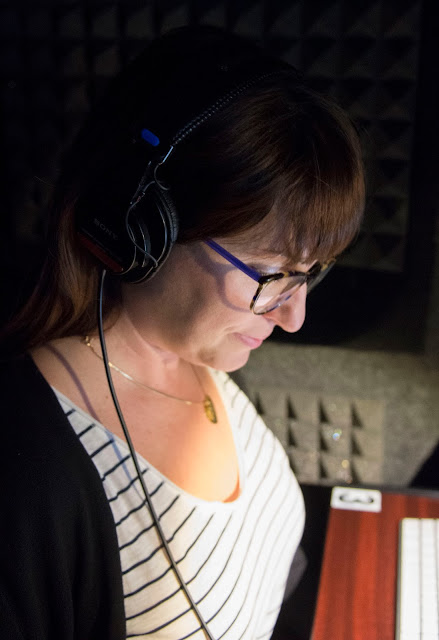 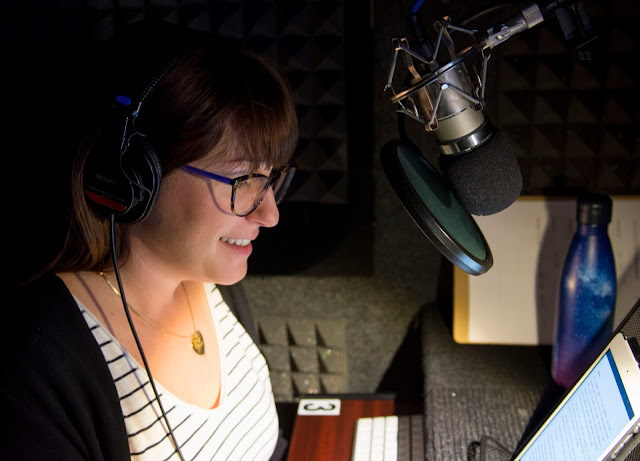 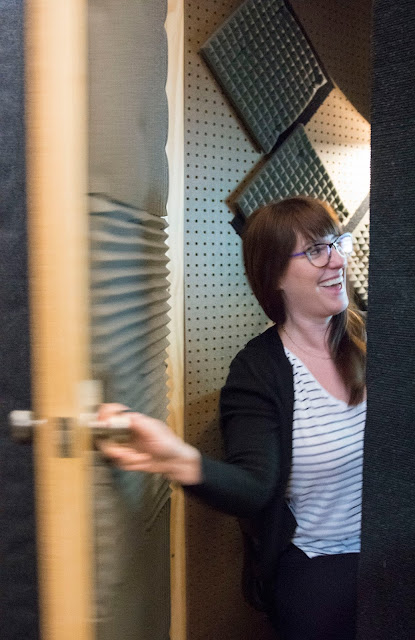 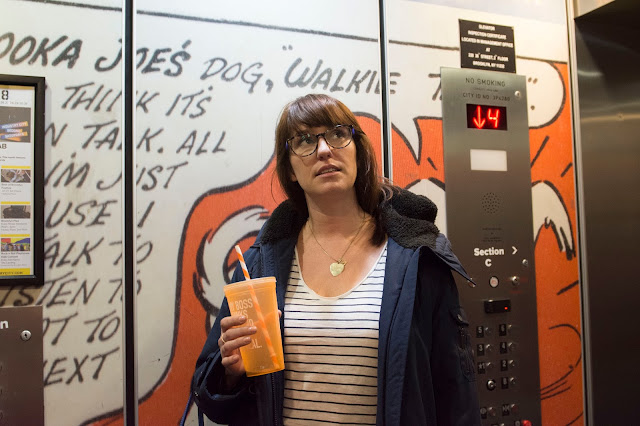 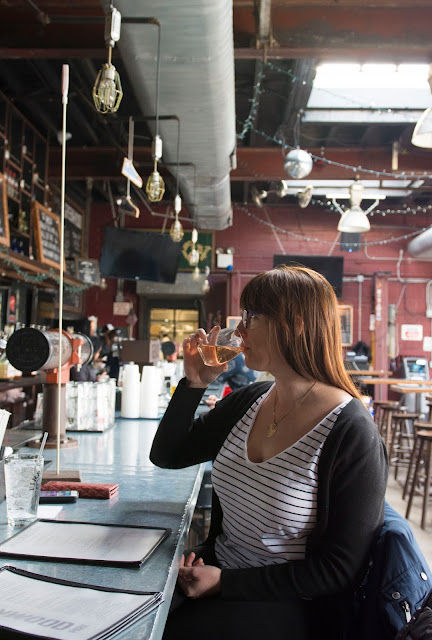 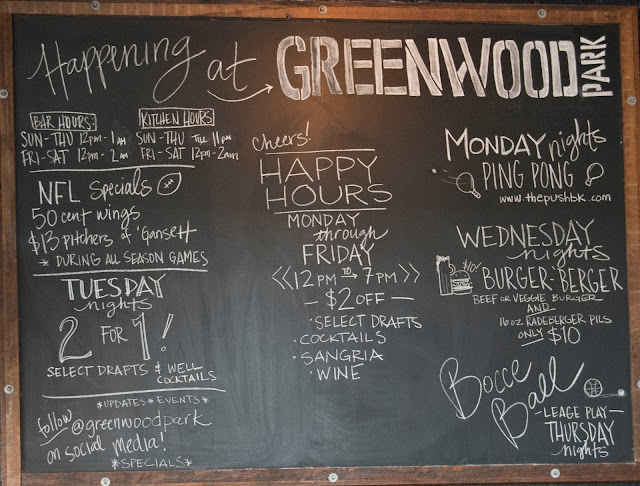 Posted by miss-manhattan at 12:58 PM No comments: